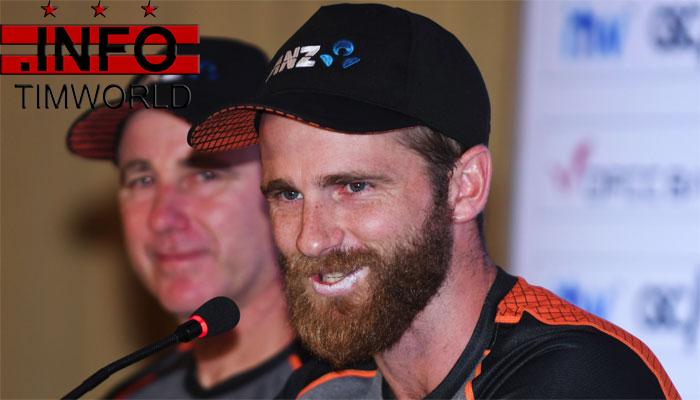 Galle, Sri Lanka: New Zealand start their world test championship campaign against Sri Lanka on Wednesday and captain Kane Williamson said that vying for a place in a world final will add to the competitive edge in future series.

Williamson´s side return to cricket action in Galle exactly a month after their cruel World Cup defeat by England, with the Kiwi skipper welcoming the addition of a new potential title.

After several delays, the world championship was finally launched at the end of last month. The world´s top nine ranked teams will compete over two years for a place in the final at Lord´s.

“It´s a welcome addition to the Test format, bringing that context into every Test match that you play,” Williamson told reporters.

“Every time you play any team it´s very, competitive, but now there´s that added carrot where in two years time everyone is vying for an opportunity to play in a Test Championship final, which will be a really exciting thing to be a part of.”

New Zealand are currently ranked number two in Tests and a 2-0 series win over Sri Lanka will help them claim top spot from India.

“If that happens, that would be great. The thing with rankings is that they fluctuate throughout a season, and are purely a reaction to the cricket that you´re playing,” said Williamson.

“For us, we´re just focused on the cricket because that gives us the best chance of success. We´re looking forward to the challenge here against Sri Lanka.”

The tourists´ hopes could be hit by bad weather as rain is predicted on the first two days of the Galle match.

Neither team could train Tuesday because of rain.

“In the 10 or 12 days we´ve been here, about eight of them have been rained out. It´s just one of those things that you try and prepare mentally as best as you can,” said Williamson.

On paper, New Zealand are the stronger side having two players each in the rankings for top bowlers and batsmen.

None of the Sri Lankan players feature in the top ten bowling or batting rankings.

Sri Lanka will be looking to build upon their improvement since Dimuth Karunaratne took the captaincy in February and they became the first Asian nation to win a Test series in South Africa.

“We did our basics right in South Africa and that´s the reason why we won. We are in a good position now and we are excited to play tomorrow,” said Karunaratne.

“What I have done is to give freedom to all players and they have gone onto express themselves with their performances,” he said.