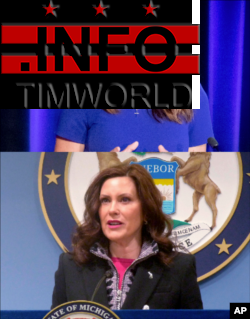 Even with several U.S. primary elections still to go, women candidates for governor are already shattering records. At least 20 female gubernatorial candidates have won their party’s nomination and will be on the ballot in November, breaking the previous high of 16, which was set in 2018.

“It’s notable because this is an area where women’s underrepresentation has been quite persistent,” says Kelly Dittmar, director of research at the Center for American Women in Politics (CAWP) and an associate professor of political science at Rutgers University-Camden. “This disrupts gendered perceptions about who can and should lead … we’ve had some really stubborn biases about the association between executive office and masculine traits.”

There are currently nine women state governors in the United States, the most ever.

So far this year, there are 13 Democratic and 7 Republican female nominees for governor, as tracked by CAWP. And while being a major political party’s nominee isn’t a guarantee of winning office, the numbers do increase the likelihood that there could soon be a record number of women serving at the highest level in their states

“It’s a powerful and influential political position where we want women’s voices and experiences to be heard. But it’s especially important as we see major policy issues being allocated back to the states,” Dittmar says. “When we think about abortion or voting rights or education — where a lot of our key policy debates are today are at the state level and governors will play a key role in them. And so having women in those positions is only more important now.”

Republican Tudor Dixon (top) will face incumbent Gov. Gretchen Whitmer in Michigan in November, one of at least five woman vs. woman match-ups this year.

In all, 47 gubernatorial candidates have already been selected ahead of November’s midterm elections. With 36 of the 50 states electing their governors this year, another 25 nominees are still to be selected. Several women — both Democrats and Republicans — are competing for those slots.

There are also more woman vs. woman gubernatorial matchups in 2022 than ever before. In all of American history, there have only been four all-women contests in races for governor. This year, there are already five, which highlights the fact that women don’t all think alike.

“Women are not monolithic in their experiences, in their perspective, and their policy agendas and positions,” Dittmar says. “It’s a good reminder for us not to make assumptions that women are the same in ways that we don’t make that assumption for men who are competing against each other.”

Seeing women in positions of power sends an important message to donors, voters and future potential female candidates about the ability of women to succeed at the highest political levels, says Dittmar. It also helps fulfill the promise of a representative government, one of democracy’s key premises.

But having women in these high public offices isn’t enough when it comes to a representative government, she says.

“We want enough women in these offices that there are a diversity of them,” Dittmar says. “You know, we’ve only ever had three women of color governors in all of U.S. history. We only have one woman of color currently serving as governor. We’ve never had a black woman governor.”