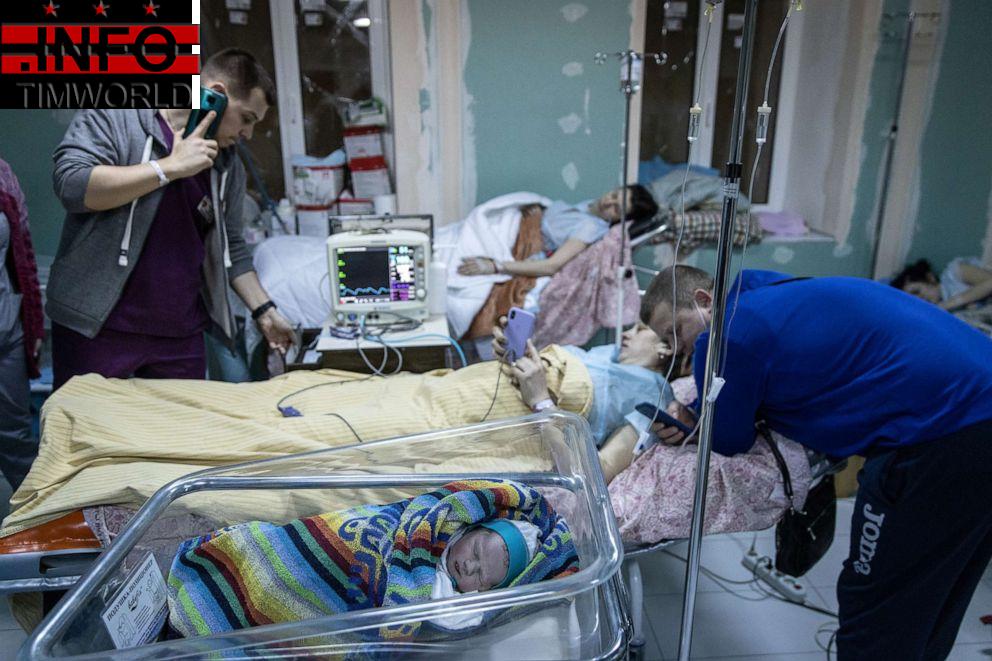 Women and girls in Ukraine and around the world have suffered disproportionately as the men of the country fight against the invasion by Russia, a new report by the United Nations has found.

The policy paper, published as the U.N. Security Council meets to discuss the war in Ukraine, reveals how the war and its global impacts on food, energy and finance have caused women in Ukraine and globally to suffer numerous hardships.

MORE: Putin ‘on the ropes’ as Ukrainians continue counteroffensive

The report states that 265,000 Ukrainian women who were pregnant when the war broke out in February either had to flee or give birth in a time of conflict.

It also highlights how the crisis in Europe is exacerbating existing inequalities around the world, especially surrounding the scarcity of food.

In this March 2, 2022, file photo, a newborn baby is seen in the bomb shelter of a maternity hospital in Kyiv, Ukraine.Chris McGrath/Getty Images, FILE

The war-induced food price hikes and shortages have widened the global gender gap in food insecurity, the report shows. Many women have even reduced their own food intake to provide for other household members.

The report states that spiraling energy prices have caused families to return to using less clean fuels and technologies, exposing women and girls to household air pollution, which already kills 3.2 million people per year — the majority of whom are women and children.

MORE: Putin ‘on the ropes’ as Ukrainians continue counteroffensive

The fate of women in rural territories occupied by the Russian military remains dire. The women are increasingly unable to perform agricultural work due to high insecurity and lack of resources, but they continue to rise to the challenge of accommodating and feeding internally displaced people, which then multiples their unpaid care and domestic work responsibilities, according to the report.

In this May 25, 2022, file photo, a woman stands in a field while conducting farming chores in Malyn, Ukraine.Kyodo News via ZUMA Press via Newscom, FILE

In addition, school-aged girls are even more at risk of being obliged to drop out of school to get married for dowry or bride-price income for desperate families, officials stated. The report shows that there are alarming increases in gender-based violence, transactional sex for food and survival, sexual exploitation and trafficking, and early child marriage and forced marriage as a result of these worsened living conditions in conflict, crisis and humanitarian contexts worldwide.

“Systemic, gendered crises require systemic, gendered solutions,” Sima Sami Bahous, the executive director of U.N.-Women, said in a statement. “That means ensuring that women and girls, including from marginalized groups, are part of all the decision-making processes. That is simply the only way to be certain that their rights and needs are fully taken into account as we respond to the clear facts before us.”

The policy brief calls for solutions from the international community to prioritize women’s and girls’ voice agency, participation and leadership in conflict response, recovery and peacebuilding as well as to enhance gender statistics and sex-disaggregated data to build the evidence base for gender-responsive policy.

The U.N. also recommended that international communities promote and protect the right to food by targeting the specific nutrition needs of women and girls and accelerate the transformation towards more equitable, gender-responsive and sustainable food systems, equitable access to access to inputs, technologies and markets by women.

500-plus Leads Probed in Nashville Blast
Trump is responsible for one of America’s most colossal failures
The Guardian view on Boris Johnson’s prison policy: a fantasy built on an invention