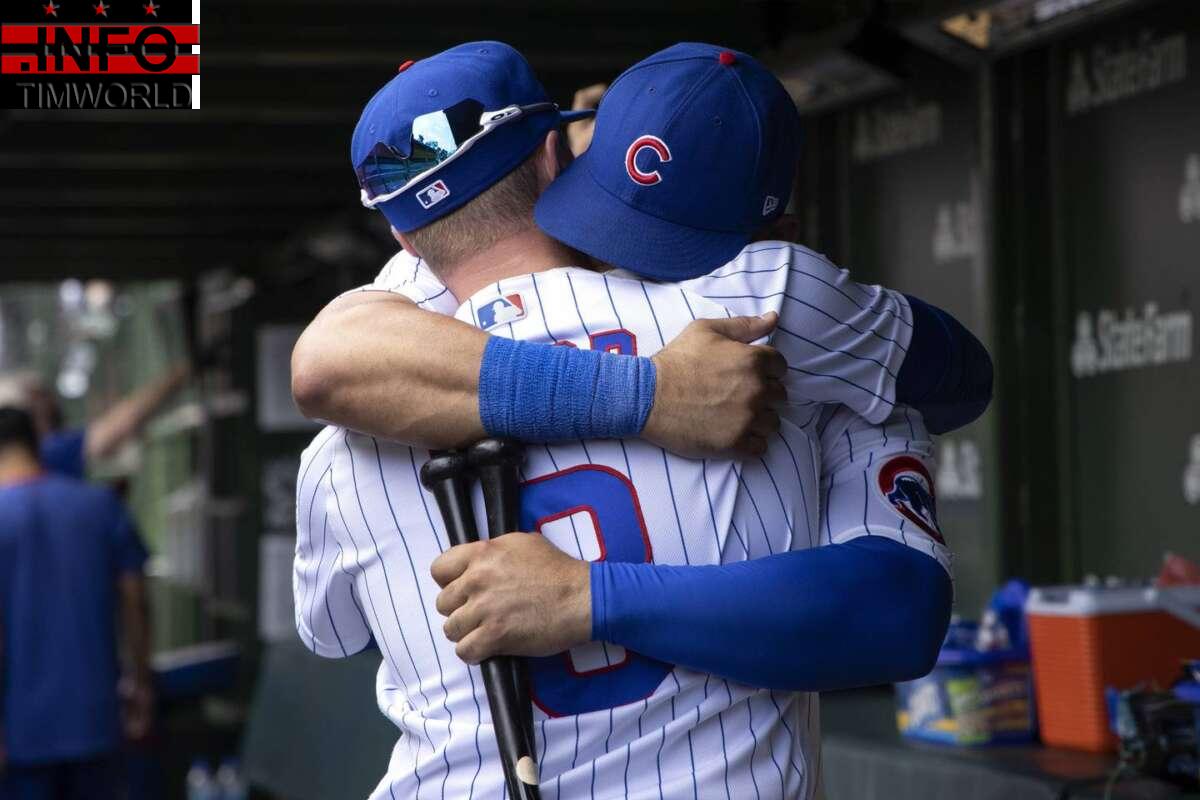 ST. LOUIS — The image of Ian Happ and Willson Contreras embracing in the home dugout at Wrigley Field represented a moment of goodbyes for what appeared to await the Chicago Cubs All-Stars.

That moment one week ago now becomes a reminder of the ups and downs leading up to the trade deadline, the uncertainties of the unknown. Both players thought that July 26 day was their last at Wrigley in a Cubs uniform. Yet Contreras and Happ will return with their teammates Friday for the Cubs’ next homestand.

Despite the Cubs’ 6-0 loss Tuesday to the St. Louis Cardinals, a lightheartedness lingered. Contreras barely could keep a smile off his face after president of baseball operations Jed Hoyer did not trade him because of insufficient value in return.

Happ, meanwhile, joked it was the media’s fault for making him think he would be traded: “All those stories and the cameras the last couple days at Wrigley, it’s all on you guys.”

Happ understands his situation, however. His last year of team control in 2023 before free agency made him an attractive option at the trade deadline. He knew there was a chance the Cubs would move him.

“One hundred percent I wanted to be here,” Happ said Tuesday night. “I wanted to be with these guys. I want to be in this clubhouse still wearing this jersey. And the city and fan base, the team means a lot to me and I’m really happy about that.”

While Contreras knows he likely is playing out his final two months with the Cubs as free agency looms — now complicated by a potential qualifying offer — the Cubs could revisit moving Happ in the offseason. Asked what he believes is his next step forward with the Cubs, Happ replied, “I don’t know.”

“Play these last two months and really enjoy it,” he said. “Still a lot of work to do for me personally. Every day, there’s things to tweak, there’s things to learn and things to work on. And then as a team, there’s a lot of guys in this group that are going to be here next year and have a chance to make a huge impact.”

Manager David Ross broke the news to Contreras and Happ in the clubhouse during batting practice that they weren’t going anywhere.

“It was a weight off my shoulders,” Contreras said. “Today was a long day. I was really anxious to see what’s going to happen. Once Ross told me I’m still a Cub, it was amazing.”

Contreras figured a trade was imminent because of how the last trade deadline played out for his teammates who were impending free agents.

“I’m really happy to stay with the Cubs,” he said. “I would like to thank all of the organizations that reached out to the Cubs asking for myself.”

The uncertainty surrounding Contreras’ immediate future was resolved Tuesday. How — or if — he fits in the Cubs’ long-term future is unknown, but without a contract extension in place before the offseason, he again potentially faces his final games as a Cub.

“One thing is for sure,” Contreras said, “tomorrow is another game so I have to stay focused. That’s all I can say.”