Who is Viktor Bout, the convicted arms dealer held in a US prison? 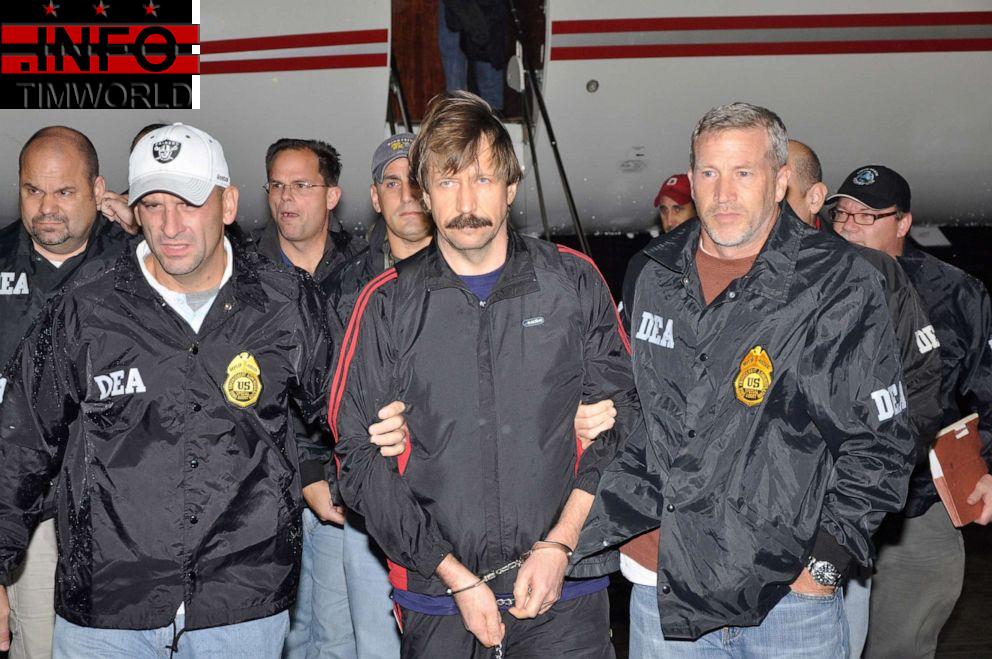 Shortly after U.S. Drug Enforcement Agency (DEA) officers finally arrested him in a hotel in Thailand in 2008, Viktor Bout turned to one of the agents escorting him and said, “I guess the game is over.”

Bout was arguably the world’s best-known illegal arms trafficker and his capture was the end of a nearly decade-long hunt by the U.S. to stop him.

Now, 14 years since his arrest and jailing, Bout is back in play. Three sources confirmed to ABC News on Wednesday that the U.S. has proposed exchanging him for two Americans held captive by Moscow: the WNBA star Brittney Griner and the former U.S. Marine Paul Whelan. (CNN was first to report this plan.)

Bout, 55, emerged as a kingpin in the global illegal arms trade during the 1990s, accused of fueling some of the world’s bloodiest conflicts, particularly in Africa. Sourcing weapons from the huge stockpiles of the collapsed Soviet Union, the Russian used a fleet of Soviet-built transport aircraft to supply vast quantities of arm, often circumventing international embargoes.

“There’s a lot of armed traffickers out there,” said Rob Zachariasiewicz, a now retired DEA agent who helped lead the team that arrested Bout in Thailand. “The difference with Mr. Bout was he owned his own fleet of private aircraft. People can argue: Was he the biggest arms trafficker? I look at him as one of the biggest arms transporters.”

Bout eventually came to be seen as the world’s biggest weapons smuggler. The media dubbed him the “Merchant of Death” and in 2006, he inspired the movie “Lord of War,” which starred Nicholas Cage.

MORE: ‘Why was Paul left behind?’ Whelan family asks, after Trevor Reed freed

The U.S. government began trying to disrupt Bout’s operations at the end of the1990s by sanctioning his companies. He was finally captured in a DEA sting. Bout agreed to supply anti-aircraft missiles to undercover DEA operatives posing as members of the Columbian militant group, the FARC, that they claimed would be used against American forces. The DEA seized Bout during a meeting to discuss the phony deal in a hotel in Thailand.

Bout was extradited to the U.S. on narco-terrorism charges and in 2011 was convicted of conspiring to kill Americans, to supply anti-aircraft missiles and of aiding a terrorist organization. He was sentenced to 25 years in prison.

From the moment of Bout’s arrest, Russia began substantial efforts to free him, first trying to block his extradition and later campaigning for his release.

“He clearly was very important. And it’s my understanding that President [Vladimir] Putin himself was involved in trying to get him home,” said Zachariasiewicz, the former DEA agent.

U.S. officials feared Moscow tried to corrupt Thai authorities to prevent Bout’s extradition — at one point, Zachariasiewicz learned that a Thai court had even mysteriously issued an arrest warrant for him, preventing him from traveling to the country. Zachariasiewicz said Bout later told him the warrant was “just business.”

Russia’s determination to free Bout has raised questions. Both U.S. officials involved in Bout’s capture and independent researchers have long believed Bout has links to the Russian security services. Some point to his education at the Military Institute of Foreign Languages, in Moscow, reputed as a training ground for spies.

Bout himself denies the claims as a smear tactic. He also rejects the charges against him, saying he is the victim of a DEA entrapment plot.

But Russia previously made clear it was interested in an exchange for Bout.

Zachariasiewicz said he believes Russia now wants Bout back mainly to make a political statement, given his intelligence value is likely long since exhausted. But he opposes trading the man he helped arrest, saying it risks encouraging hostile governments to take more Americans hostage.

But Trevor Reed, the former U.S. Marine who was freed from Russian detention in a prisoner swap in May, has called for the Biden administration to make the trade.

“Viktor Bout has already been in prison for 15 years,” Reed told ABC in May after his release. “He’s no longer a threat.”

MORE: Trevor Reed says US should trade Viktor Bout if it will free Americans held in Russia

Reed said he disagreed that freeing Bout would encourage more hostage-takings, saying governments like Russia are seizing Americans regardless.

Supporters of trading Bout have pointed out the judge who jailed Bout has said she believes the sentence, which was dictated by mandatory sentencing rules, was excessive. Reed notes Bout could potentially be up for release in five years anyway.

“To leave Americans there and say, ‘Well, we’re not gonna negotiate. We’re not gonna do exchanges with this government,’ that’s just completely pointless because you change nothing there. They’re still gonna kidnap Americans,” said Reed.

COVID-19 Ravaging America’s Vulnerable Latino Communities
Elizabeth Warren: Everything you need to know about the 2020 presidential candidate
Young people really don’t like Donald Trump — and that doesn’t bode well for the future of the GOP