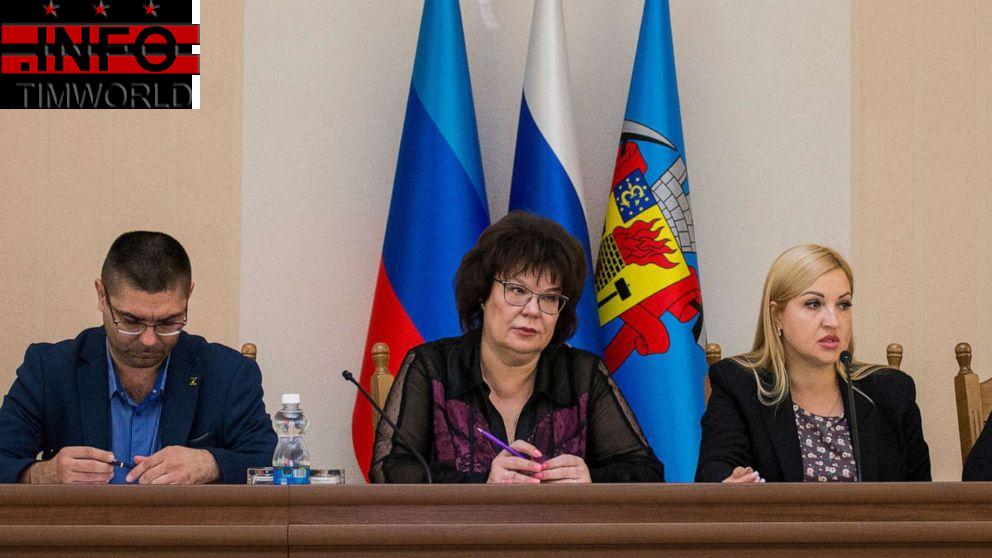 KYIV — A so-called “referendum” to join Russia announced by pro-Russian authorities of the Donetsk People’s Republic and Luhansk People’s Republic in eastern Ukraine has raised alarm bells globally as experts and leaders see it as a manipulative farce by Russia to force control over parts of Ukraine as Ukrainian forces are pushing back on Russian forces.

U.S. Ambassador to Ukraine Bridget Brink referred to the referendums, as well as increased military mobilization, as “signs of weakness, of Russian failure,” echoing many opinions that Russia is acting out under pressure in response to Ukrainian advances.

“The United States will never recognize Russia’s claim to purportedly annexed Ukrainian territory, and we will continue to stand with Ukraine for as long as it takes,” Brink tweeted Tuesday.

The voting is planned for Sept. 23 to 27. Self-appointed Kremlin-backed officials of the occupied parts of the Kherson and Zaporizhzhia regions also announced they would hold referendums on the same dates.

“We believe it is more timely than ever to make a strong-willed decision on the immediate holding of a referendum on the unification of the Kherson region with the Russian Federation,” the local so-called Public Council said at a meeting Tuesday.

A meeting with heads of the territorial election commissions of the self-proclaimed Lugansk People’s Republic in Luhansk, Ukraine, Sept. 21, 2022. The parliament of several regions have decided to hold referendums on joining the Russian Federation.EPA via Shutterstock

This decision of the Kremlin’s proxies to stage sham referendums marked a significant escalation of the conflict and has been widely condemned by world leaders.

The office of Ukrainian President Volodymyr Zelenskyy called Russian statements a “sedative” for the Russian audience.

MORE: What are the Ukraine ‘separatist’ regions at the crux of the Russian invasion

“There is global consensus and international law,” Mykhailo Podolyak, the adviser to the head of the office of the president posted on Twitter. “It is unambiguous: Donetsk, Luhansk and Crimea are Ukraine. Any attempts to repaint flags are a fiction that will not change anything for us nor for our partners.”

The Ukrainian Ministry of Foreign Affairs said in a statement that any referendum in Russian-occupied territories will not have any legal consequences.

“No matter how much the Russian Federation holds illegal votes in the temporarily occupied territories of Ukraine, the result will be the same: all Ukrainian territories will be freed from Russian occupation, and the Russian leadership will be brought to the strictest responsibility for organized terror, war crimes and crimes against humanity on Ukrainian soil,” the statement said.

A Ukrainian soldier sets up a National flag on the stele on a symbolic border between the Kharkiv and Donetsk areas, Ukraine, Sept. 20, 2022.Yevgen Honcharenko/EPA via Shutterstock

U.S. President Joe Biden also criticized what he called Russia’s “outrageous acts” in a speech at the United Nations on Wednesday.

“Just today, President Putin has made overt nuclear threats against Europe and reckless disregard of the responsibilities of a nonproliferation regime,” he said. “Now, Russia is calling up more soldiers to join the fight and the Kremlin is organizing a sham referendum to try to annex parts of Ukraine, an extremely significant violation of the U.N. Charter.”

The eastern part of Ukraine has been occupied by Russian proxies since 2014. In late February 2022, right before the full-scale invasion of Ukraine, Russian President Vladimir Putin recognized the “independence” of the so-called DPR and LPR. Since then, the leaders of the unrecognized republics have called for integration with Russia, but Moscow has reiterated that such a decision is not timely.

MORE: Has the war in Ukraine reached a turning point?

Parts of southern Ukraine were occupied by Russian forces during the 2022 invasion. The occupational authorities there have tried to hold unofficial referendums to proclaim “independence” following Russia’s 2014 invasion of the Donbas region. The efforts have so far failed and the referendums have been postponed several times.

Now, such a possibility looks much more realistic.

In a speech Wednesday, Putin said Russia would support any decision the electorate makes and provide security for the referendums.

Meanwhile, the Russian leader announced partial mobilization across the country that would draft up to 300,000 men to be sent to war in Ukraine, according to the Russian Defense Minister Sergei Shoigu.

Members of the Luhansk regional election commission listen to a speaker as they plan to hold a referendum in Luhansk People’s Republic controlled by Russia-backed separatists, in Luhansk, Ukraine, Sept. 21, 2022.AP

The timing of the referendums and mobilization, is not a coincidence, experts say. Analysts at the Institute for the Study of War believe Ukraine’s ongoing northern counter-offensive is panicking proxy forces and some Kremlin decision-makers.

In early September, the Ukrainian Armed Forces astonished the world with its lightning counteroffensive in the Kharkiv region, moving the Russians more than 30 miles east in just a few days. Videos showed Russian soldiers running away, leaving behind vehicles and ammunition.

In all, the Ukrainian Armed Forces says it has liberated more than 3,700 square miles of territory so far, according to the Deputy Minister of Defense Hanna Maliar. This also includes some areas in the southern Kherson region, where Ukrainians are moving forward slowly but steadily, liberating village by village.

Russia’s retreat from the Kharkiv region sparked not only praise of the Ukrainian Army in the West, but also criticism of Russian authorities even amid the Russian propagandist media. Some military bloggers expressed the idea of “freezing” the war in Ukraine, which they claim would be beneficial to Russia itself.

U.K. Defence Secretary Ben Wallace believes Putin’s decision to mobilize parts of his population and the illegal annexation of parts of Ukraine are “an admission that his invasion is failing.”

“No amount of threats and propaganda can hide the fact that Ukraine is winning the war,” he said in a statement Wednesday, according to Reuters.