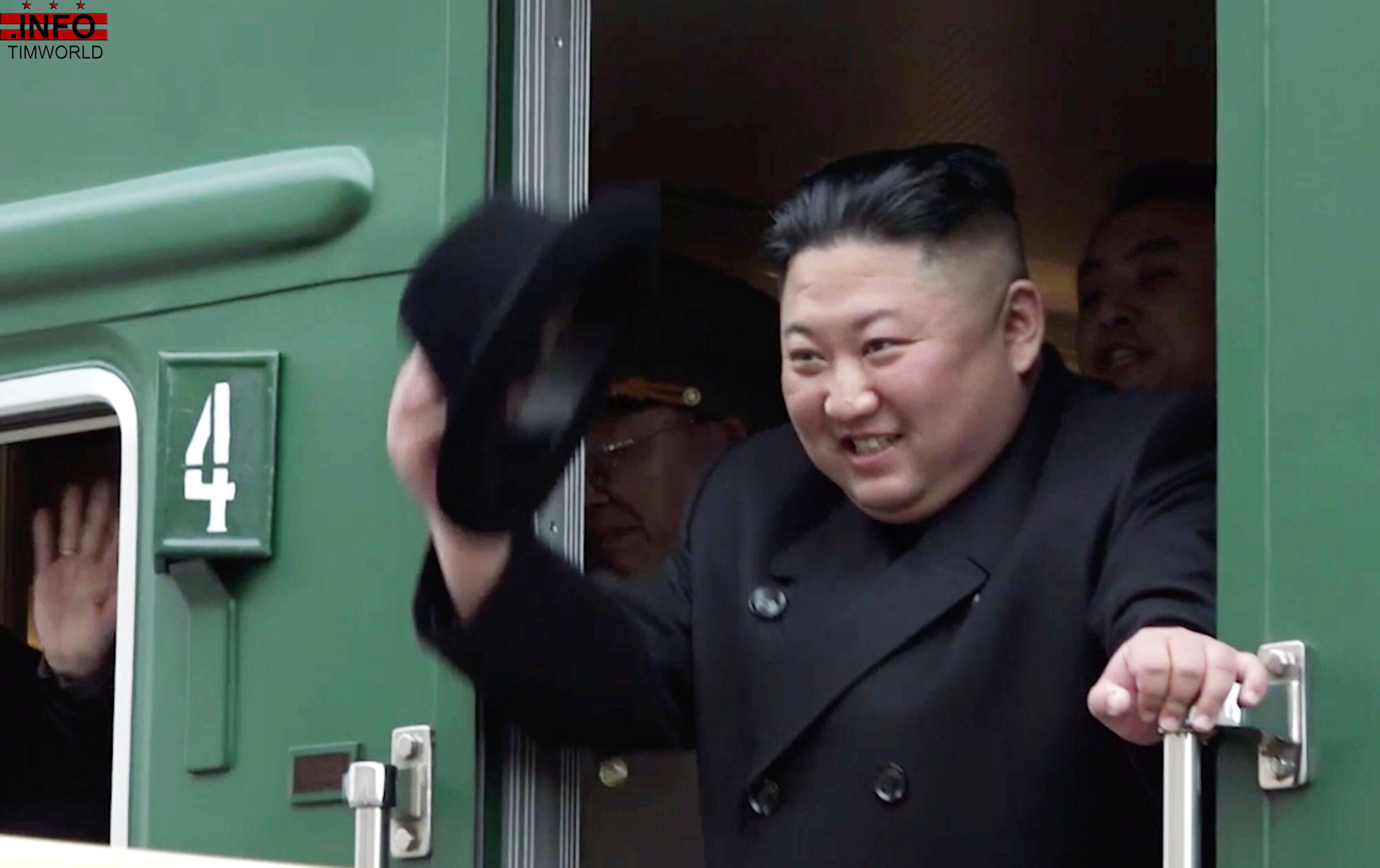 In this image from video released by Primorsky Regional Administration Press Service, North Korean leader Kim Jong Un waves from his train as he leaves Khasan train station in Primorye region, Russia, Wednesday, April 24, 2019. Kim arrived in Russia by train on Wednesday, a day before his much-anticipated summit with Russian President Vladimir Putin that comes amid deadlocked diplomacy on his nuclear program. (Photo: AP)

WASHINGTON– U.S. authorities have seized one of North Korea’s largest cargo ships in connection with a scheme to illicitly export tons of coal in violation of international sanctions, according to court documents filed Thursday.

The 17,061-ton carrier known as the Wise Honest also was used to smuggle heavy machinery into the rogue nation.

The civil action taken by the U.S. government involves the first such seizure of a North Korean cargo vessel linked to sanction violations.

Between November 2016 and April 2018, according to court documents, the ship was used by the Korea Songi Shipping Comany to export tons of coal to foreign purchasers.

U.S. officials identified payments totaling more than $750,000 that were transmitted through U.S. bank accounts in connection with a March 2018 coal shipment carried by the Wise Honest, according to court records.

The Justice Department action comes as U.S. defense officials were closely monitoring North Korea’s launch of short-range missiles for the second time in less than a week.

The latest volley of projectiles were fired Thursday from near a military base about 50 miles from North Korea’s capital Pyongyang, according to South Korea’s military. Few other details were immediately available.

State media in North Korea said that on Saturday the nation held a short-range ballistic missile test as part of a regularly scheduled defensive military exercise. It was the country’s first such test in more than a year and came amid what appeared to be stalled denuclearization talks between Pyongyang and Washington.

A website devoted to analysis of North Korea, known as 38 North, said that Saturday’s test provided “convincing evidence” that Pyongyang is continuing to seek greater military and strategic capabilities despite holding nuclear disarmament talks with President Donald Trump. “Pyongyang perceives itself to be under threat of aggression by the United States. (North Korea’s leader) Kim Jong Un very likely has other strategic weapons projects underway, whether foreign procurement efforts or indigenous development programs,” 38 North said in a post on its website.

South Korean media noted that Thursday’s launch coincided with a visit to the Korean Peninsula by the U.S. Special Representative for North Korea. Stephen Biegun arrived in Seoul on Wednesday for talks with South Korea’s leader about inter-Korean issues, including ways to move beyond an apparent Trump-Kim impasse after two summits failed to produce any tangible agreements on North Korea’s denuclearization.