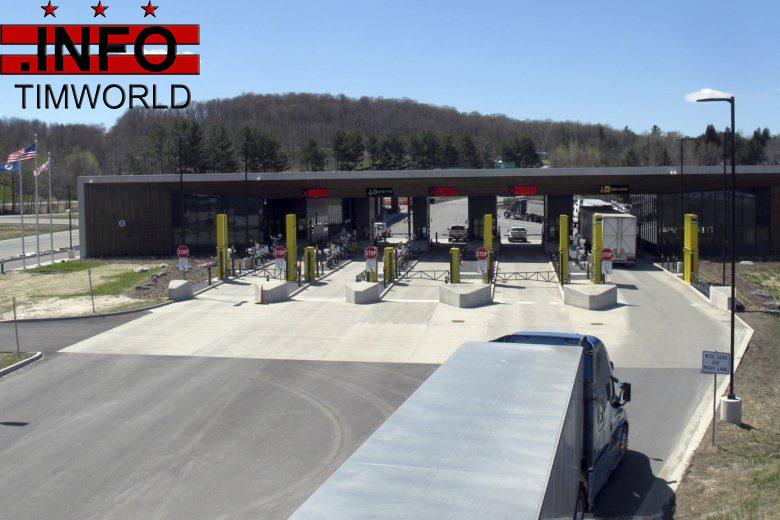 DERBY LINE, Vt. (AP) — U.S. officials marked the completion of a new U.S.-Canada border crossing facility that is designed to smooth the flow of people and trade between the two countries while keeping the U.S. safe from terrorism and criminal organizations.

The new $33 million facility at the northern end of Interstate 91 in the Vermont town of Derby Line replaces another facility that was built in 1965. High-tech improvements make the new facility more energy efficient and it includes technological upgrades and larger spaces where officers from U.S. Customs and Border Protection can process both people and cargo.

“It’s built to last for many years and we can improve on security features and technology as it develops down the road,” said Gregory Starr, CBP’s regional port director for Vermont said after a ribbon-cutting ceremony Wednesday.

Construction of the new port began in the fall of 2016. The port of entry processes around 1.1 million people a year, said Christopher Averill, the regional administrator of the General Services Administration.

The area around Derby Line away from the port of entry is a regular route for people trying to enter the United States illegally. Within the last few weeks, U.S. Border Patrol agents — whose job is separate from that of officers at the ports of entry — have apprehended about a dozen people in at least two separate groups nearby.

Starr said the officers who staff the ports of entry are also watching for people trying to enter the United States illegally.

“It’s kind of a regular occurrence, that’s part of our job, that’s what we do,” Starr said. “We’ll deal with those things as they occur.”