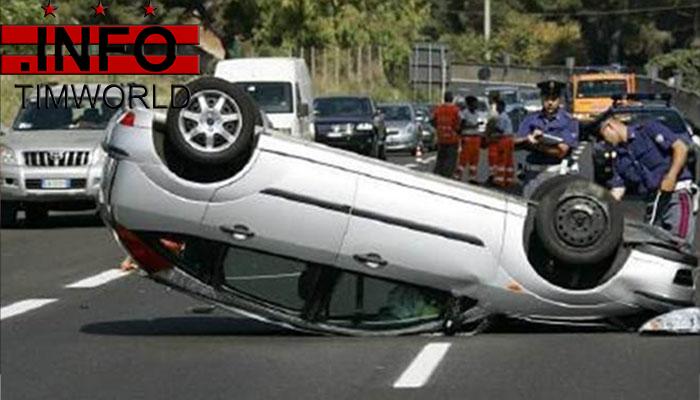 Harry Dunn, 19, died on August 27 after his motorbike collided with a car near a Royal Air Force base in Northamptonshire used by the US military as a communications hub — File photo

LONDON: Britain has urged the United States to “reconsider” allowing the wife of an American diplomat to leave the country after she became a police suspect in a fatal road crash.

British Foreign Secretary Dominic Raab said he had raised the case directly with the US ambassador to London Woody Johnson, after American officials reportedly allowed the woman to flee to the US.

“I have called the US ambassador to express the UK´s disappointment with their decision, and to urge the embassy to reconsider it,” Raab said in a statement.

Harry Dunn, 19, died on August 27 after his motorbike collided with a car near a Royal Air Force base in Northamptonshire used by the US military as a communications hub.

His Kawasaki motorbike hit a Volvo SUV travelling in the opposite direction, according to local police.

It confirmed that a 42-year-old American woman being treated as a suspect in their investigations had left Britain.

Northamptonshire Police Superintendent Sarah Johnson said her force had followed usual procedures in the case, including “liaising closely with the suspect”.

“(She) engaged fully with us at the time and had previously confirmed to us that she had no plans to leave the country in the near future,” Johnson said.

“Due process was also followed in seeking the necessary documentation to allow for the arrest and formal interview of the suspect,” she added.

Johnson said the force was now “exploring all opportunities through diplomatic channels” to ensure that the investigation continued.

Britain’s Sky News reported that Dunn’s family had received a letter from Ambassador Johnson expressing “profound sadness” at the death.

Harry Dunn’s father, Tim Dunn, told the broadcaster the family were “disgusted” and “appalled” at the suspect´s behaviour.

“I’m angry that someone could do this and then get on a plane and go,” he said.

“I can´t believe she´s living with herself.”

The US embassy confirmed in a statement to Sky News that the spouse of a US diplomat assigned to Britain was involved in the accident and had now left the country with her family.

“Embassy officials are in close contact with the appropriate British officials on this matter,” it added.

“Due to security and privacy considerations, we cannot confirm the identity of the individuals involved, but we can confirm the family has left the UK.”