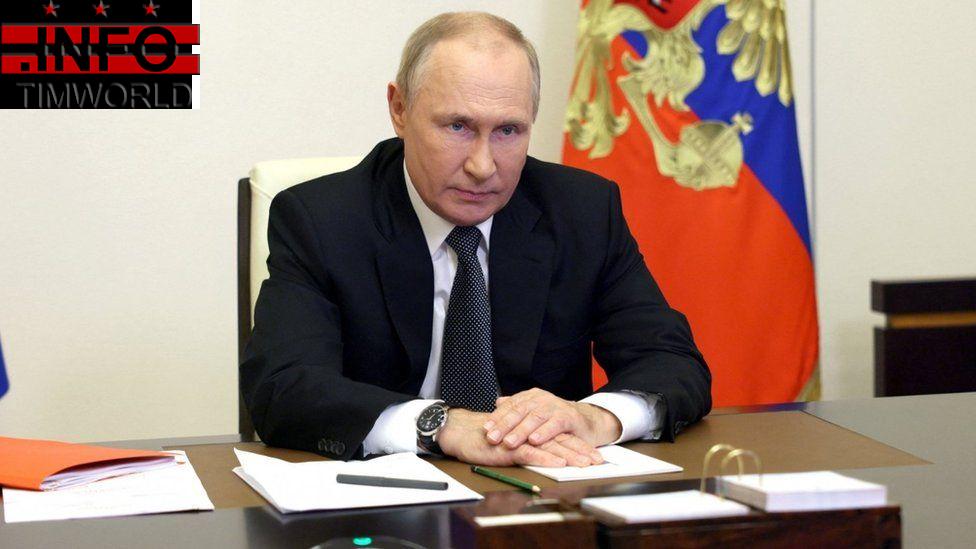 His “special military operation” has not gone according to plan. As a result of the Ukrainian counter-offensive, Russia has been losing territory it had occupied.

President Putin’s response? It’s not, “Sorry, I made a huge mistake by invading Ukraine.” It is tighter security. Not just in occupied Ukraine, but across Russia.

With a Kremlin decree, Vladimir Putin has imposed martial law in the four Ukrainian regions he claims to have annexed: Luhansk, Donetsk, Zaporizhzhia and Kherson regions.

It’s not clear what difference, if any, that will make there: it certainly won’t persuade Ukrainian troops to lay down their weapons. Kyiv is determined to win back lost territory.

But the Kremlin leader has also tightened security across Russia, with the introduction of three different security levels.

In those regions close to the border with Ukraine, such as Belgorod, Bryansk, Krasnodar and Rostov regions, as well as in annexed Crimea, a “medium level of response” has been declared. Measures include boosting security and public order: the decree also envisages restrictions on the movement of traffic, as well as on entry into and exit from these regions.

The next level down is “heightened readiness”. This applies to central and southern regions of Russia, including Moscow. The presidential decree mentions “vehicle searches and traffic restrictions”, as well as “tighter public order security”.

In a message on social media, Moscow’s Mayor Sergei Sobyanin tried to reassure Muscovites that “there will be no measures restricting the normal rhythm of life”. That remains to be seen.

The lowest security level applies to the rest of the country (in effect, northern Russia, Siberia and the Russian Far East.)

Image source, AFP via Getty ImagesImage caption, Belgorod is one of the areas on the highest security level

To carry out President Putin’s decree, all regional governors have been ordered to set up “operational headquarters”. These will include the heads of each region, representatives of the military and the police.

Regional governors have also been ordered to “meet the needs of the Armed Forces of the Russian Federation, other troops and troop formations”. This would appear to hand the Russian military greater powers.

How will all of this work in practice? It may take some time for that to become apparent.

What is clear is that the security system President Putin has put in place can be used by the authorities to restrict freedoms across Russia and mobilise efforts for the “special military operation”.

And if the security situation in Russia deteriorates, there’s nothing to prevent regions being “upgraded” to a higher security level, including martial law.

What does this tell us about the Russian president?

There’s no sign that Vladimir Putin is seeking an off-ramp in this crisis. What we do see – with this decree – is a Kremlin leader determined to keep control.

Amnesty International’s Ukraine chief resigns after report criticizes Kyiv
As war fails, Russia’s authoritarian grandmaster backs himself into a corner
Inside a Ukraine city where civilians are being punished by Russian bombs for Putin’s military losses