Ukrainians told to ‘charge everything’ as power grid hit by Russia 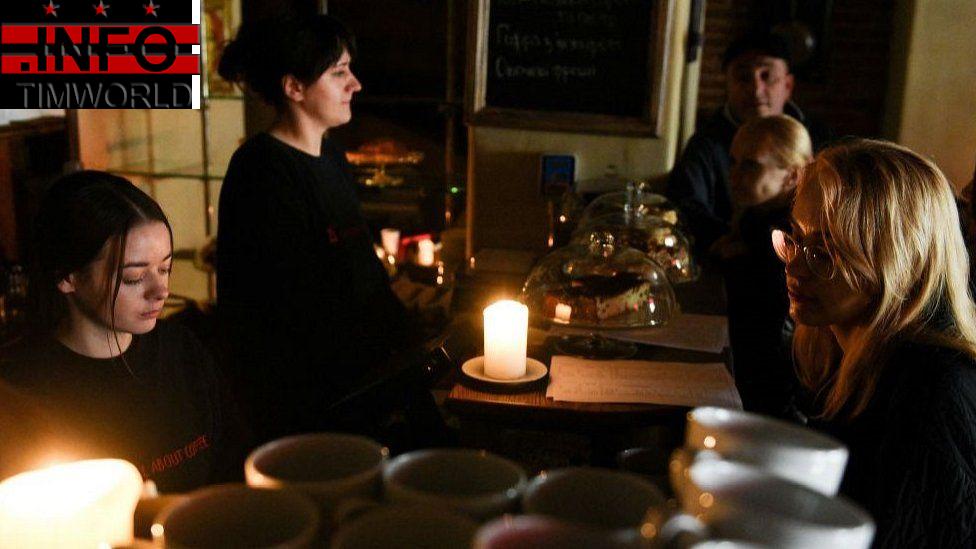 Ukrainians told to ‘charge everything’ as power grid hit by Russia

Energy plants were hit by Russian missiles again on Wednesday – part of a wave of such strikes since 10 October.

Outages of up to four hours at a time will affect the whole country on Thursday, grid operator Ukrenergo said.

Phones, power banks, torches and batteries need to be charged, it urged.

The operator also appealed to Ukrainians to stock up with water and ensure they have “warm socks and blankets and hugs for family and friends”.

Ukrenergo said there had been more attacks on power facilities in the past 10 days than in the whole preceding period since Russia’s invasion on 24 February.

“Tomorrow we will apply controlled, calculated consumption restrictions, which we have to do, to ensure the system functions in a balanced way,” its statement said on social media.

Ukrenergo said restrictions “may be applied throughout Ukraine from 7am to 10pm” and advised citizens to check the regional network operators’ websites to see where and when exactly.

Sporadic power cuts have already affected parts of the capital Kyiv and many of Ukraine’s regions. Russian missiles have damaged infrastructure all across Ukraine, including cities like Lviv in the west – a long way from the fighting.

Authorities have urged Ukrainians to reduce their power use in the evenings.

“We do not rule out that with the onset of cold weather, we will ask for your help more often,” Ukrenergo said.

“Cutting off men, women, children of water, electricity and heating with winter coming – these are acts of pure terror.”

Russia is now implementing martial law in areas of Ukraine that it recently annexed – Kherson and Zaporizhzhia in the south and Donetsk and Luhansk in the east.

The Kremlin claims those regions are now part of Russia – a claim internationally rejected and condemned.

Martial law means tighter security checks and restrictions on movement in the areas affected. But the war has already curbed the rights and freedoms of Ukrainians under occupation.

Additionally, while it was decreed by President Vladimir Putin on Wednesday – the Russian military does not fully control those four regions, so what martial law will mean in reality is yet to be seen.

Heightened security measures are also coming into force across Russia – there will be new restrictions on movement in regions along the Ukrainian border, notably Bryansk, Belgorod and Krasnodar. The same applies to Crimea, which was annexed by Russia in 2014.

ANALYSIS: Putin ‘doubles down’ with security decreeON THE GROUND: A rare glimpse of daily life in occupied Ukraine

US President Joe Biden said Vladimir Putin was running out of options in Ukraine.

“It seems his only tool available to him is to brutalise individual citizens in Ukraine to try to intimidate them into capitulating,” he said.

Russia is moving tens of thousands of civilians and Russian-appointed officials out of the Kherson region, as advancing Ukrainian troops close in on the regional capital. Russia says people on the west bank of the River Dnieper (called Dnipro by Ukrainians) are especially at risk from Ukrainian shelling.

The region’s Moscow-installed head, Vladimir Saldo, said all Russian-appointed departments and ministries would cross the river, along with some 50-60,000 civilians.

But Ukrainian officials have questioned whether large numbers of people are actually being evacuated, suggesting that images of a crowd assembled by the river are largely for show.

Ukraine has called on residents to ignore the Russian move.

The transfer or deportation of civilians by an occupying power from occupied territory is considered a war crime.