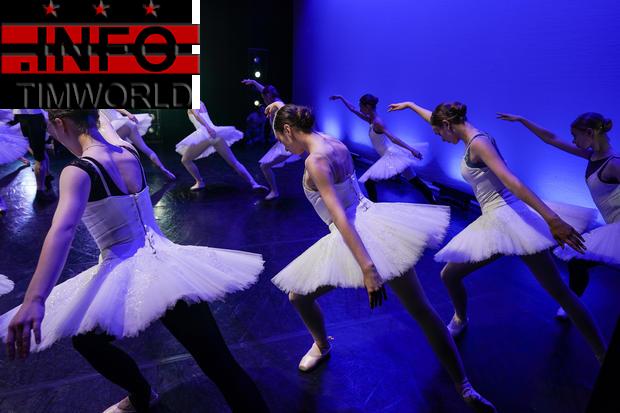 Chicago — When the dancers of the Kyiv City Ballet went on tour in February, they had no idea they would be stranded abroad for eight months due to war. They remain in limbo, determined to save their culture through dance.

In Chicago’s Auditorium Theatre, under the rumble of the “L” train, the ballet’s dancers have more on their minds than just choreography. Dancers Sasha Moroz and Maryna Apanasenko, both 19, say most of their family members are still in Ukraine.

“All my family are in Kyiv now,” Moroz told CBS News. “My mother, father, sister.”

“I’m lucky to hear the voice of my mother, to see them only by phone,” Apanasenko said. “But I hope everything will be okay.”

Dancers from Kyiv City Ballet conduct a dress rehearsal at York Theatre Royal ahead of a fundraising gala performance on June 14, 2022 in York, England.  Getty Images

The dance company left Ukraine on Feb. 23 to perform in Paris. Company director Ivan Kozlov said they were only supposed to be gone three weeks. However, Russia invaded Ukraine the following day.

“We woke up and realized that our country is under attack,” Kozlov said.

To keep them safe, Paris granted the dancers a long-term residency. They are now traveling on their first ever U.S. tour.

“It is a difficult period for all of Ukrainians, but when you understand the main aim, to represent your country, you become more strong,” Apanasenko said.

“I feel stronger when I dance, because I know the main reason, and the main aim of that: to show the world our light, our energy,” she added.

When asked if the company feels any kind of guilt for not being in Ukraine, Kozlov responded: “It’s not guilt. We feel sorry that we cannot be in two places at the same time, you know? We are doing our best from the field of war, from the stages. You know, we represent our country. We’re trying to show how brave we are, how strong we are.”

Their U.S. tour features a new work created after the war started, called “Tribute to Peace.”

Adriana Diaz is a CBS News correspondent based in Chicago and is the anchor of Saturday’s edition of the “CBS Weekend News.”