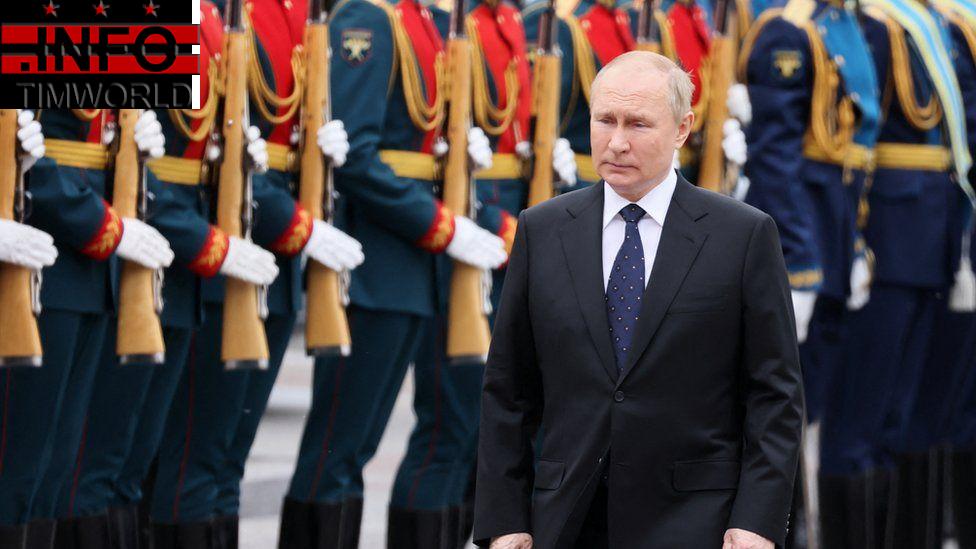 The US is taking “seriously” Vladimir Putin’s veiled threats to use nuclear weapons to defend areas in Ukraine, a top White House official told the BBC.

John Kirby said the US was not changing its “strategic deterrent posture”, but that Mr Putin spoke irresponsibly.

On Wednesday Russia’s leader warned his country would use all the means at its disposal to protect its territory.

It came as four Ukrainian regions part-occupied by Russian forces are about to stage snap votes on joining Russia.

Ukraine and its allies call these votes a sham exercise, designed to give spurious legitimacy to an illegal annexation.

“It is a dangerous precedent for Mr Putin to be using this kind of rhetoric in the context of a war clearly that he’s losing inside Ukraine,” National Security Council spokesman Mr Kirby told the BBC.

“We have to take these threats seriously and we do… We’ve been monitoring, as best we can, his nuclear capabilities, I can tell you that we don’t see any indication that we need to change our strategic deterrent posture at this point.”

He dismissed plans for Russia to annex further parts of Ukraine as “nothing more than a ploy by Vladimir Putin to try to gain… through politics and electoral issues, that which he cannot gain militarily”.

“But it’s not going to work,” he said. “No one’s going to recognise it. And what needs to happen is Mr Putin needs to leave Ukraine. He needs to stop this war.”

Russia’s conduct in Ukraine was strongly condemned at a special meeting of the UN Security Council in New York on Thursday.

“This week, President Putin said Russia wouldn’t hesitate to use ‘all weapon systems available’ in response to a threat to its territorial integrity – a threat all the more menacing given Russia’s intention to annex large swathes of Ukraine in the days ahead…” said US Secretary of State Anthony Blinken.

“This from a country that in January of this year joined the other permanent members of the Security Council in signing a statement affirming that ‘nuclear war can never be won and must never be fought’.”

Former Russian leader Dmitry Medvedev said in a statement on social media on Thursday that the means by which Russia would defend itself included “strategic nuclear weapons”.

But Russian Foreign Minister Sergei Lavrov accused some Security Council members of trying to impose a false narrative on Moscow’s operations in Ukraine, and restating allegations that ethnic Russians had been persecuted by Ukrainian government forces.

“There’s an attempt today to impose on us a completely different narrative to show Russian aggression as the origin of all the tragedy,” Mr Lavrov said.

“This ignores the fact that for over eight years the Ukrainian army and fighters from the nationalist formations killed and continue to kill inhabitants of [the east Ukrainian region of] Donbas with impunity simply because they refused to recognise the results of the coup d’etat in Kyiv. They decided to uphold their rights, which were guaranteed by the Ukrainian Constitution, including the right to freely use Russian, their mother tongue.”

Russia attempts to justify its invasion by saying it is fighting neo-Nazis, a claim widely dismissed by the international community, as well as resisting Nato expansion.

In his speech on Wednesday, President Putin also announced a call-up for reservists in a move analysts say is a sign that Russia’s forces in Ukraine are struggling to hold on to the strip of territory they occupy in the east and south.

Queues have sprung up along Russia’s borders as men attempt to leave the country to avoid the draft.

‘I will break my arm, my leg… anything to avoid the draft’