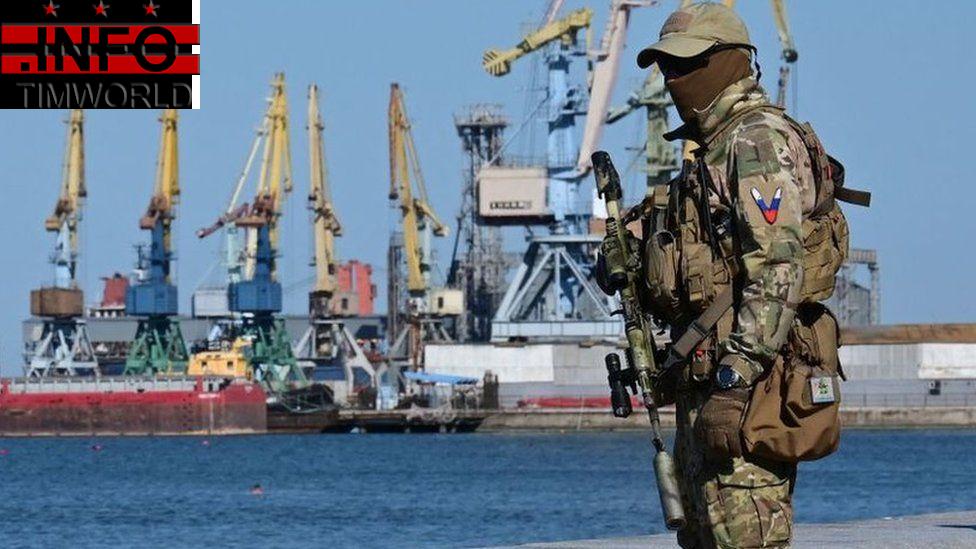 Russia’s defence ministry has revealed a host of occupations it says will be exempted from conscription aimed at boosting its war effort in Ukraine.

IT workers, bankers and journalists working for state media will escape the “partial mobilisation” announced by President Vladimir Putin on Wednesday.

Around 300,000 citizens face being called up as part of the drive.

The move has prompted a rush towards borders as young men attempt to flee to evade the draft.

Announcing the exemptions on Friday, Russia defence ministry said employers must compile a list of workers who meet the criteria and submit it to its offices.

But it accepted some sectors had to be excluded to “ensure the work of specific high-tech industries, as well as Russia’s financial system”.

Some commentators have observed that the text of the mobilisation decree has been left vague – potentially allowing it to be widened if necessary.

And one paragraph remains entirely classified. Kremlin Spokesperson Dmitry Peskov said on Friday this referred to the total number of Russians that could be conscripted, which he said could not be disclosed.

Earlier, the independent newspaper Novaya Gazeta had reported – citing an unnamed government source – that the redacted section allowed for a call-up of up to a million people, rather than the reported 300,000.

Others have case doubt on the truth of the Kremlin’s pledges to limit the draft. Just two weeks ago Mr Peskov told reporters that there had been “no discussion” of mobilisation by Russian leaders.

And across the country, reports have been emerging of Russian men who do not meet the criteria being called up by local recruiting officers.

The Russian daily newspaper Kommersant reported that men previously exempted from service for health reasons had been called up by the local commander in the Siberian region of Irkutsk.

Elsewhere, Russian men are continuing to try to flee the country to avoid being called up by recruiters for the country’s first military mobilisation since World War Two.

In the south, miles-long queues of traffic have formed at the border crossing between Russia and Georgia.

Some of those heading into the neighbouring country have used bicycles to bypass lines of cars and evade a ban on crossing on foot, with others reporting waits of up to 12 hours.

When asked about the war, one man who did not wish to be named told the BBC he had known it was happening but that, until Mr Putin’s declaration of a “partial mobilisation”, it had not been his concern.

A Russian student, who also did not want to be identified, said that people had woken up. “They opened their eyes and started thinking about where to hide their children. Now people understand what’s happening because it affects them directly,” he said.

Another IT worker told the BBC that he was opposed to the war, but was too scared to speak out against it.

“I don’t want to risk my life, the life of my family. I don’t want to be put in detention,” he said. “All I could do was to get Schengen visa. Luckily I got one in May.”

Georgia is one of the few neighbouring countries that Russians can enter without needing to apply for a visa. Border guards in neighbouring Finland, which shares a 1,300km (800 mile) border with Russia but requires an entry visa, told the BBC that queues had grown at various crossing points.

“‘What’s happening in Russia now is total fear'””I will break my arm, my leg… anything to avoid the draft”What does Russian military call-up mean for Ukraine?

Other destinations reachable by air – such as Istanbul, Belgrade or Dubai – saw ticket prices skyrocket immediately after the military call-up was announced, with some destinations sold out completely.

Turkish media have reported a large spike in one-way ticket sales, while remaining flights to non-visa destinations can cost thousands of euros.

Several countries are grappling with the prospect of an influx of Russian draft dodgers. Germany’s interior minister signalled on Thursday that those fleeing conscription would be welcome in her country.

But several other European countries, including Lithuania, Latvia, Estonia and the Czech Republic, struck a different tone, saying they would not offer fleeing Russians refuge. The countries have long pushed the EU to take a harder line on Russia.

“I understand that Russians are fleeing from ever more desperate decisions by Putin,” Czech Foreign Minister Jan Lipavsky said. “But those running because they don’t want to fulfil a duty imposed by their own government, they don’t meet the criteria for humanitarian visa.”

The call-up sparked protests in major Russian cities including Moscow and St Petersburg on Tuesday, resulting in a reported 1,300 arrests.

There were also reports from Russia that some of those detained for protesting had been handed draft papers while in custody at police stations. When asked about the reports, Mr Peskov said that doing so was not against the law.