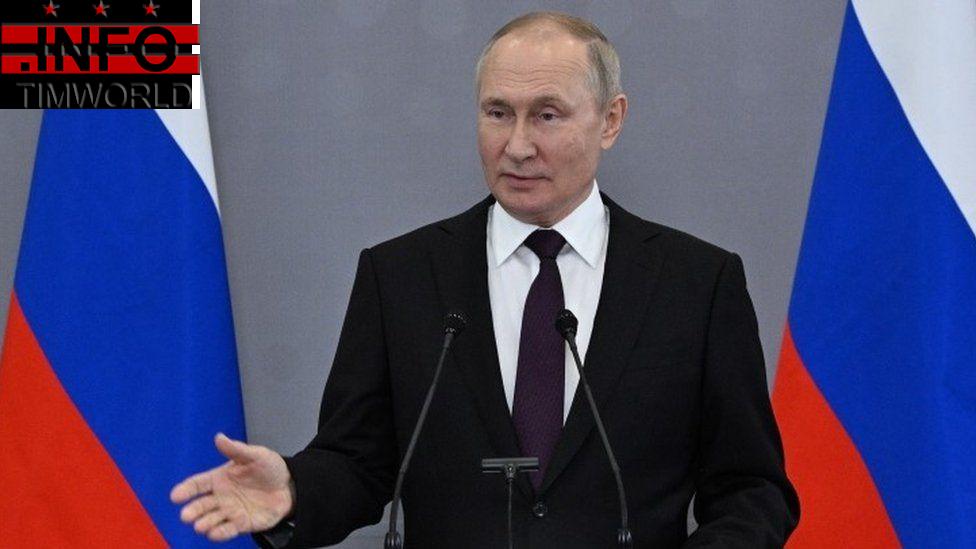 Published10 hours agoSharecloseShare pageCopy linkAbout sharingImage source, EPAImage caption, Mr Putin said he did not regret the invasion, although the current situation was “not pleasant”Russian President Vladimir Putin has said there is no need for more massive strikes on Ukraine, days after the heaviest bombardment of the country since the war began.

He said most designated targets of the strikes had been hit, adding that it was not his aim to destroy Ukraine.

Moscow’s goal of mobilising 300,000 men would be met within two weeks, he said.

It comes as Russian forces are mostly in retreat and Ukraine advances, almost eight months since the invasion.

Speaking to journalists after a summit with regional leaders in Kazakhstan’s capital Astana, the Russian leader said that the recent strikes had destroyed 22 out of the 29 targets in Ukraine set by the military and that “they are getting” the remaining seven.

“There’s no need for massive strikes. We now have other tasks,” he said.

From Monday onwards, Russia unleashed a wave of strikes on cities across Ukraine, in what Mr Putin said was retaliation for a blast which damaged a key bridge between Russia and annexed Crimea.

Dozens of people were killed and injured in the strikes, which also damaged infrastructure. Central areas of Kyiv were targeted for the first time since the invasion.

But Mr Putin said it was not Russia’s intention to destroy Ukraine, but he did not regret the invasion.

“What is happening today is not pleasant, to put things mildly,” he said. “But all the same, [if Russia hadn’t attacked] we would have been in the same situation, only the conditions would have been worse for us. So we’re doing everything correctly and at the right time.”

President Putin said 220,000 men had been mobilised, of whom 16,000 were already in combat. He saw no need for additional mobilisation, he added.

However, the call-up has caused widespread discontent in Russia, with tens of thousands of men fleeing to neighbouring countries. The BBC has also found evidence of the poor level of training such conscripts or recruits receive before being sent to the front.

Meanwhile, the BBC Russian service says it has identified more than 7,500 Russian service personnel who have died in the Ukraine war. The actual level of casualties is believed to be much higher, and there are reports that some recently mobilised troops have been killed.

What does Russia’s troop call-up mean for Ukraine?Who is Putin’s hard-line new commander in Ukraine?Ukraine in maps: Where have Russia’s missiles hit?

Addressing relations with other former Soviet countries, Mr Putin insisted that the war had not affected their “character and depth”.

He said it was natural for some countries to be concerned but he was keeping them informed in detail.

But analysts say Russia’s influence in the region is declining, with leaders like Kazakhstan’s Kassym-Jomart Tokayev trying to distance themselves from Mr Putin over the war.

In other developments on Friday:

The Russian government says a key bridge linking annexed Crimea to Russia, damaged in a blast last Saturday, must be repaired by July next yearUkrainian officials are urging the Red Cross to visit the notorious Olenivka prison in the Russian-occupied east of the country within three daysElon Musk has said his rocket company SpaceX cannot continue indefinitely to fund the Starlink internet service in Ukraine – now seen as vital to the country’s communications infrastructure – amid reports he has asked the US defence department to do soTurkish President Recep Tayyip Erdogan has backed a Russian proposal to set up a gas hub in Turkey for supplies to EuropeA UK intelligence report says Russian forces from the private military company Wagner Group have captured two villages in Donetsk region, in their first successful advance in the area for three months