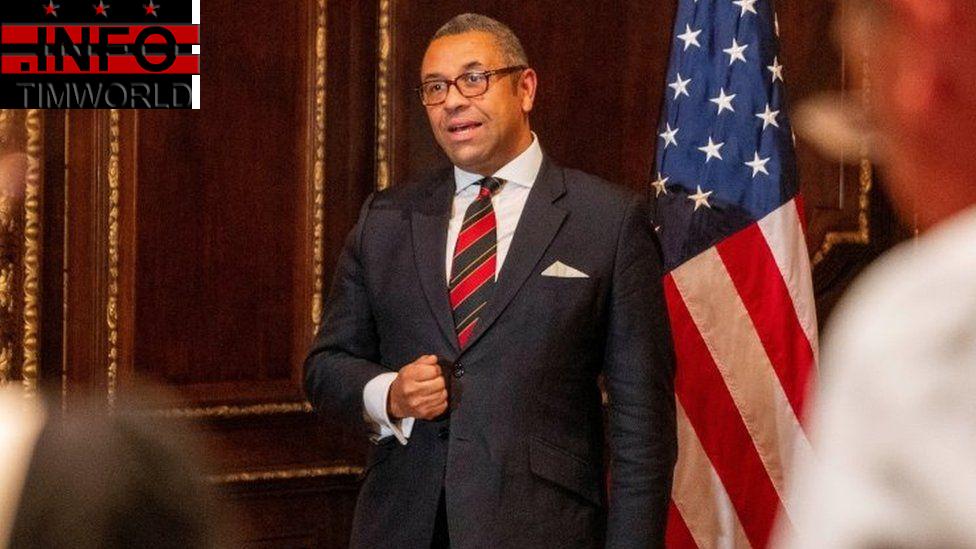 The event has been overshadowed by the Russian president’s nuclear threat and call-up of military reservists.

Downing Street said Vladimir Putin’s move was a “clear admission” his invasion of Ukraine was failing.

The escalation came as world leaders and senior diplomats gathered at the UN General Assembly in New York this week.

Mr Cleverly is attending as part of a UK delegation headed by Prime Minister Liz Truss, who will rally support for Ukraine in a speech to the assembly.

At a special meeting of the United Nations Security Council, Mr Cleverly will accuse Russian forces of committing atrocities in Ukraine and violating international law.

He will commit to working with allies on holding Russia accountable and seeking justice for victims.

He was expected to say: “Ukrainians’ resilience and spirit of defiance, in defence of their country, continues to inspire all free people and nations.

“But every day, the devastating consequences of Russia’s invasion become more clear and evidence of Russian atrocities continues to mount.”

Mr Cleverly will call on President Putin to stop his attacks on the Ukrainian people and withdraw his forces from the country.

The foreign secretary will also accuse Moscow of planning to fix so-called referendums in parts of Ukraine that are currently under Russian control.

While Russia is outnumbered on the 15-member Security Council, it has veto, meaning it has the power to block proposed resolutions.

Later on Thursday, Mr Cleverly will join a meeting focused on accountability for war crimes in Ukraine.

The foreign secretary and US secretary of state Antony Blinken both stressed unwavering support to Kyiv and to “maintaining unity with partners to ensure Putin fails in his illegal war” when they met at the UN gathering on Tuesday.

In her summit speech, Ms Truss will pledge that the UK under her leadership would work with allies to counter authoritarianism and champion freedom, sovereignty and democracy.