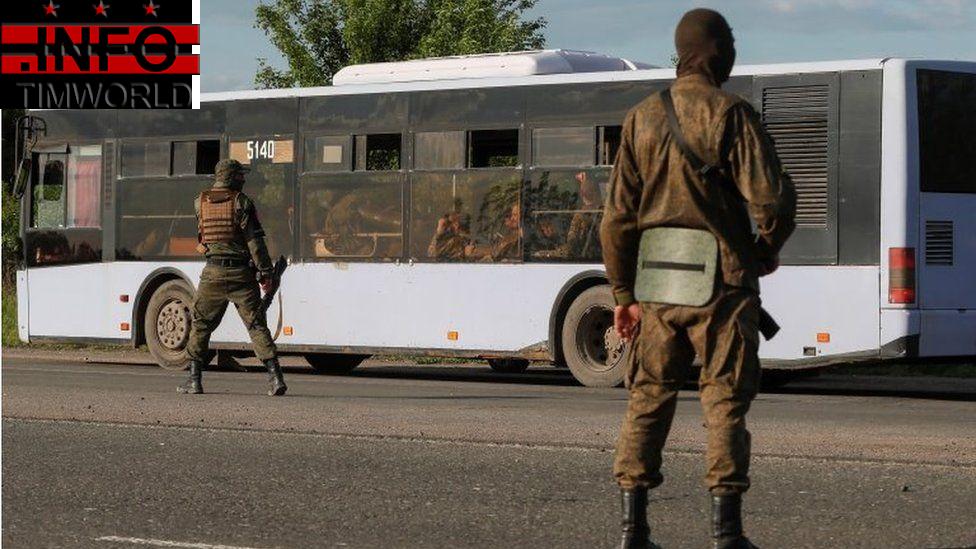 As many as 7,200 Ukrainian service personnel have gone missing since the start of the Russian invasion, Ukraine’s ombudsman Oleh Kotenko says.

The majority of them are in Russian captivity, he told Ukraine’s Suspilne TV channel.

But he said the much higher number included members of the National Guard, border guards and the security service.

He said he hoped that “sooner or later” they would be exchanged for Russian prisoners of war and returned home.

Neither Ukraine’s armed forces nor the Russian military have publicly commented on the issue.

Both Kyiv and Moscow claim to have taken thousands of POWs since Russia invaded Ukraine on 24 February.

What next for Ukraine’s captured Azovstal fighters?Helping families locate the missing in Ukraine war

The two warring sides have since been involved in several prisoner swaps.

Image source, Ukraine’s DSNS emergency serviceImage caption, A number of people are feared to be buried under the rubble in Chasiv Yar

In other developments on Monday:

The death toll from a Russian rocket attack on a five-storey apartment block in Chasiv Yar, eastern Ukraine, has risen to 30, the country’s emergency service saysSix people are killed and 31 injured in Russian shelling of a shopping centre and housing in Ukraine’s north-eastern city of Kharkiv, local officials sayRussian President Vladimir Putin signs a decree that makes it easier for Ukrainians to get Russian citizenship

On Sunday, Ukrainian Defence Minister Oleksii Reznikov said that Kyiv planned a “million-strong army,” equipped with Nato weapons, to retake the south of the country from the occupying Russians.

Retaking the areas around the Black Sea coast was vital to the country’s economy, he stressed.

However, the comments are more of a rallying cry than a concrete plan, analysts say.

BUCHA: The man who came back from the deadWATCH: Russian woman rescued from a Kyiv bomb siteUKRAINE: In maps: Battles raging in east UkraineREAD MORE: Full coverage of the crisis