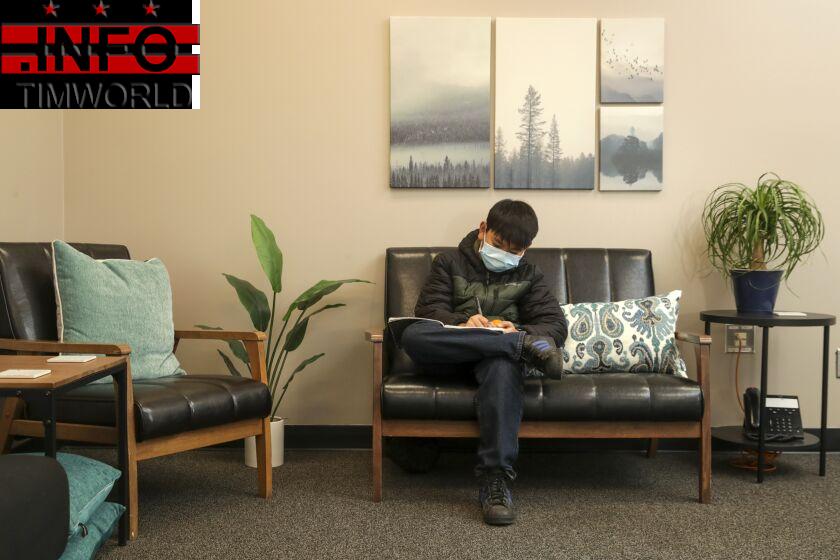 It’s the first time the U.S. Preventive Services Task Force has recommended anxiety screening in primary care for adults without symptoms. The proposal is open for public comment until Oct. 17, but the group usually affirms its draft guidance.

The recommendations are based on a review that began before the COVID-19 pandemic, evaluating studies showing potential benefits and risks from screening. Given reports of a surge in mental health problems linked with pandemic isolation and stress, the guidance is “very timely,” said task force member Lori Pbert, a psychologist and researcher at the University of Massachusetts’ Chan Medical School.

The task force said evidence for benefits, including effective treatments, outweighs any risks, which include inaccurate screening results that could lead to unnecessary follow-up care.

Anxiety disorders are among the most common mental health complaints, affecting about 40% of U.S. women at some point in their lives and more than one in four men, Pbert noted.

Black people, those living in poverty, people who have lost partners and those who have other mental health issues are among the adults who face higher risks for developing anxiety, which can manifest as panic attacks, phobias or feeling always on edge. In addition, about one in 10 pregnant and postpartum women experience anxiety.

Common screening tools include brief questionnaires about symptoms such as fears and worries that interfere with usual activities. These can easily be given in a primary care setting, the task force said, although it didn’t specify how often patients should be screened.

“The most important thing to recognize is that a screening test alone is not sufficient to diagnose anxiety,” Pbert said. The next step is a more thorough evaluation by a mental health professional, though Pbert acknowledged that finding mental health care can be difficult given shortages of specialists.

Megan Whalen, a 31-year-old marketing specialist who was diagnosed with anxiety in 2013, said primary care doctors should screen for mental health issues as commonly as they do for physical problems.

“Health is health, whether the problem is visible or not,” said Whalen, of Hoboken, N.J.

She has gotten help from medicine and talk therapy, but her symptoms worsened during the pandemic and she temporarily moved back home.

“The pandemic made me afraid to leave home, my anxiety telling me anywhere outside of my childhood house was unsafe,” Whelan said. “I absolutely still struggle with feelings of dread and fear sometimes. It’s just a part of my life at this point, and I try to manage it as best as I can.”

The task force said there isn’t enough solid research in older adults to recommend for or against anxiety screening in those aged 65 and up.

The group continues to recommend depression screening for adults and children, but said there isn’t enough evidence to evaluate potential benefits and harms of suicide screening in adults who show no worrisome symptoms.

In April, the group issued similar draft guidance for children and teens, recommending anxiety screening but stating that more research is needed on potential benefits and harms of suicide screening kids with no obvious signs.

Guidelines from the task force often determine insurance coverage, but anxiety is already on the radar of many primary care doctors. In 2020, a group affiliated with the American College of Obstetricians and Gynecologists recommended routine primary care anxiety screening for women and girls starting at age 13.

Melissa Lewis-Duarte, a wellness coach in Scottsdale, Ariz., says rhythmic breathing, meditation and making a daily list of three things for which she is grateful have all helped with her anxiety.

“Doctors say, ‘Make sure you’re sleeping, control your stress.’ Yeah, I get that,” but not everyone knows how, said the 42-year-old mother of three. “It’s difficult to prioritize self-care, but that’s what’s necessary.”