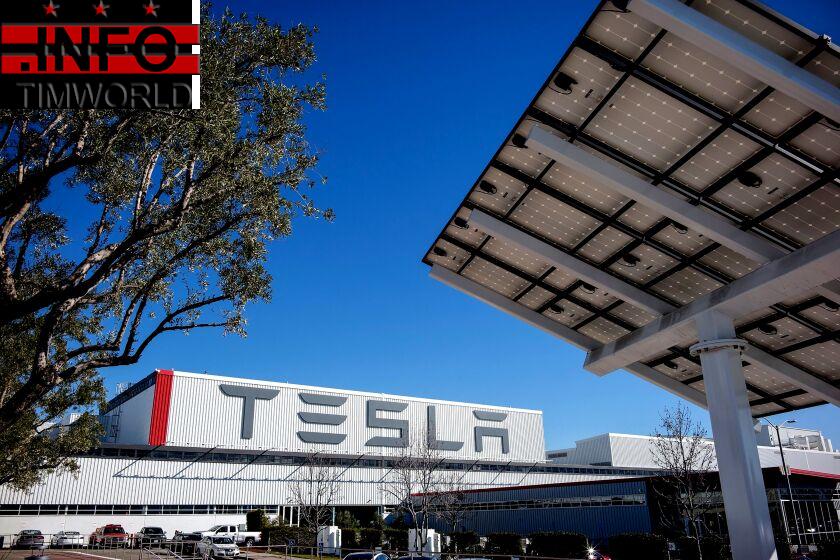 After six months of wrangling and delaying tactics, Elon Musk’s deal to buy Twitter finally closed late Thursday, according to reports — leaving Twitter employees facing a very different picture than the one they contemplated in April.

When the billionaire tech mogul first agreed in April to buy Twitter, many employees at the San Francisco social media company were leery of their new potential boss, who had criticized the company’s workforce as lazy and politically biased.

But they enjoyed the comfort of knowing they could always turn elsewhere. The job market for tech talent was strong and had only gotten stronger during the pandemic.

The tech sector has since taken a precipitous downturn, and employees of the social media giant are bracing for the worst: a potentially massive layoff of nearly three-fourths of the company. According to one recent report, Musk has told potential investors he plans to cut Twitter’s staff of roughly 7,500 employees to just over 2,000.

Earlier this week, a group of employees circulated an open letter preemptively protesting Musk’s move, Time magazine reported. “Elon Musk’s plan to lay off 75% of Twitter workers will hurt Twitter’s ability to serve the public conversation,” the letter said. “A threat of this magnitude is reckless, undermines our users’ and customers’ trust in our platform, and is a transparent act of worker intimidation.”

On Wednesday, Musk denied the report.

Recruiters have followed the news closely. Twitter announced it was freezing hiring in May as two top executives left the company, then laid off a third of its recruiting team. Employees have already been leaving in droves, Business Insider reported, fed up with the drama over Musk’s flashy takeover of the company.

“As an agency recruiter, if we get any whiff of unrest at a company, we’re definitely going out and trying to poach from them,” said Liz Schmidt, co-founder of EQ Recruiting. “We already hit up everyone from Twitter who was a product manager or software engineer” a few months ago.

Schmidt said her firm received a handful of resumes at that time and plan to circle back on those profiles this week. Many employees are “putting their toe in and maybe are waiting to see what happens, but aren’t going to start looking aggressively until they’re sure the layoffs are going through,” Schmidt said.

(Already available are Chief Executive Parag Agrawal and several of his top lieutenants, who are all fired, according to Bloomberg.)

The 5,000 or so potentially laid-off employees face a cooling job market that has seen hiring freezes and layoffs at companies such as Facebook parent Meta Platforms, Google, Microsoft, Netflix and Snapchat. It’s a stark difference for an industry that boomed during the pandemic and competed to hire software engineers, offering lucrative compensation and job perks.

“With a lot of the massive and rapid hiring … the last two years, we’ve seen expectations for compensation, benefits, work culture, everything go through the roof,” said Andrew Esguerra, Los Angeles-area manager for recruiting agency Coda Search. “People aren’t settling for any less than what they think is perfect.”

But for job-seekers in today’s climate, there has to be a “new set of expectations,” Esguerra said.

The scale of the expected layoff also means a large number of skilled workers will be leaving the company, as opposed to the workers that leave during a smaller reduction in staff.

“A lot of times when I see a layoff of a smaller scale, it’s safe nine times out of 10 to assume those workers were deemed nonessential. … Usually you don’t lay off your best product managers and designers,” Esguerra said.

In this case, if an employee was in the top 50% of Twitter, “it’s safe to assume they were good,” Esguerra said.

Brent Gilinsky, CEO of Hireful, said he’s experienced many layoffs at large companies since he entered the recruiting field in 2007. More than 1,400 current Twitter employees on LinkedIn have already indicated on their profiles that they are open to opportunities, he said.

“I believe that … in general, it would be easy to place a Twitter employee,” Gilinsky said.

Though there are no legal requirements for severance pay, federal law stipulates employers must give at least 60 days’ notice of a layoff if it affects more than a third of a company’s workforce.

Among Twitter employees — or at least, those with publicly visible accounts on the platform they help run — the mood this week has been a mix of exhaustion, resignation, measured optimism and gallows humor. Some made vague allusions to chaos or stress at work, while others reaffirmed their love for the company and their colleagues.

“Shout out to my co-workers for getting me through the week,” one employee posted.

Wrote another over the weekend: “As a Twitter employee, this is probably one of the worst cases of the Sunday Scaries I’ve ever had.”

“Absolute chaos aside, I love my team and what I get to do,” a third worker said.

The Musk-Twitter deal has been a seemingly endless series of offers, counteroffers, retractions, reversals and aborted plans. After backing out of his initial deal to buy the company for $44 billion earlier this year, Musk announced this month that he was resuming the acquisition, stalling a lawsuit against him in Delaware’s Court of Chancery.

A judge ordered him to complete the deal by Friday.

As things now near what may be some sort of actual conclusion, Musk has been taking to Twitter — his platform of choice even before he made a bid to buy it — to discuss his vision for the company’s future.

“A beautiful thing about Twitter is how it empowers citizen journalism — people are able to disseminate news without an establishment bias,” he wrote in one tweet.

Another post found him trying to square two conflicting impulses at the root of Twitter’s business model: the need to cultivate an ecosystem that third-party advertisers (upon whom the site relies for the majority of its income) want to appear on, versus Musk’s frequently stated desire for the platform to be maximally hands-off when it comes to moderating users’ posts.

“The reason I acquired Twitter is because it is important to the future of civilization to have a common digital town square, where a wide range of beliefs can be debated,” wrote Musk, who in the past has criticized the platform as overly censorious.

Yet at the same time, Musk continued, “Twitter obviously cannot become a free-for-all hellscape, where anything can be said with no consequences!”

It’s a tricky balancing act — one that’s tripped up many a social media exec before him — which will probably remain top of mind for Musk during his tenure at the company’s helm. Musk’s Twitter bio now reads “Chief Twit,” with his location set to “Twitter HQ.”