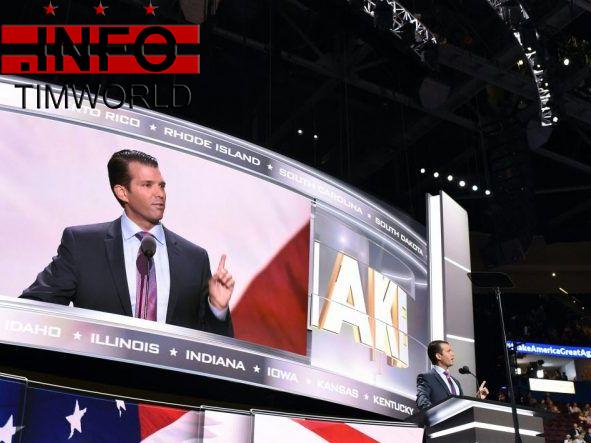 Donald Trump’s son Donald Trump Jr. addresses the audience on the second day of the Republican National Convention on July 19, 2016 at the Quicken Loans Arena in Cleveland, Ohio. (Photo: AFP)

WASHINGTON – President Donald Trump blasted a decision by the Republican-led Senate Intelligence Committee to subpoena Donald Trump Jr., saying he was “very surprised ” by the move.

The committee issued the subpoena on Wednesday. It was not immediately clear why he was being subpoenaed.

“I was very surprised,” Trump said during impromptu remarks at the White House following an event on medical bills. “My son’s a very good person. My son was totally exonerated by Mueller.”

The news of the subpoena came as tensions are escalating between Democrats and the Trump Administration. On Wednesday, Democrats on the House Judiciary Committee voted to hold Attorney General William Barr in contempt of Congress over his refusal to hand over an unredacted copy of Special Counsel Robert Mueller’s report on the Russian interference in the 2016 election.