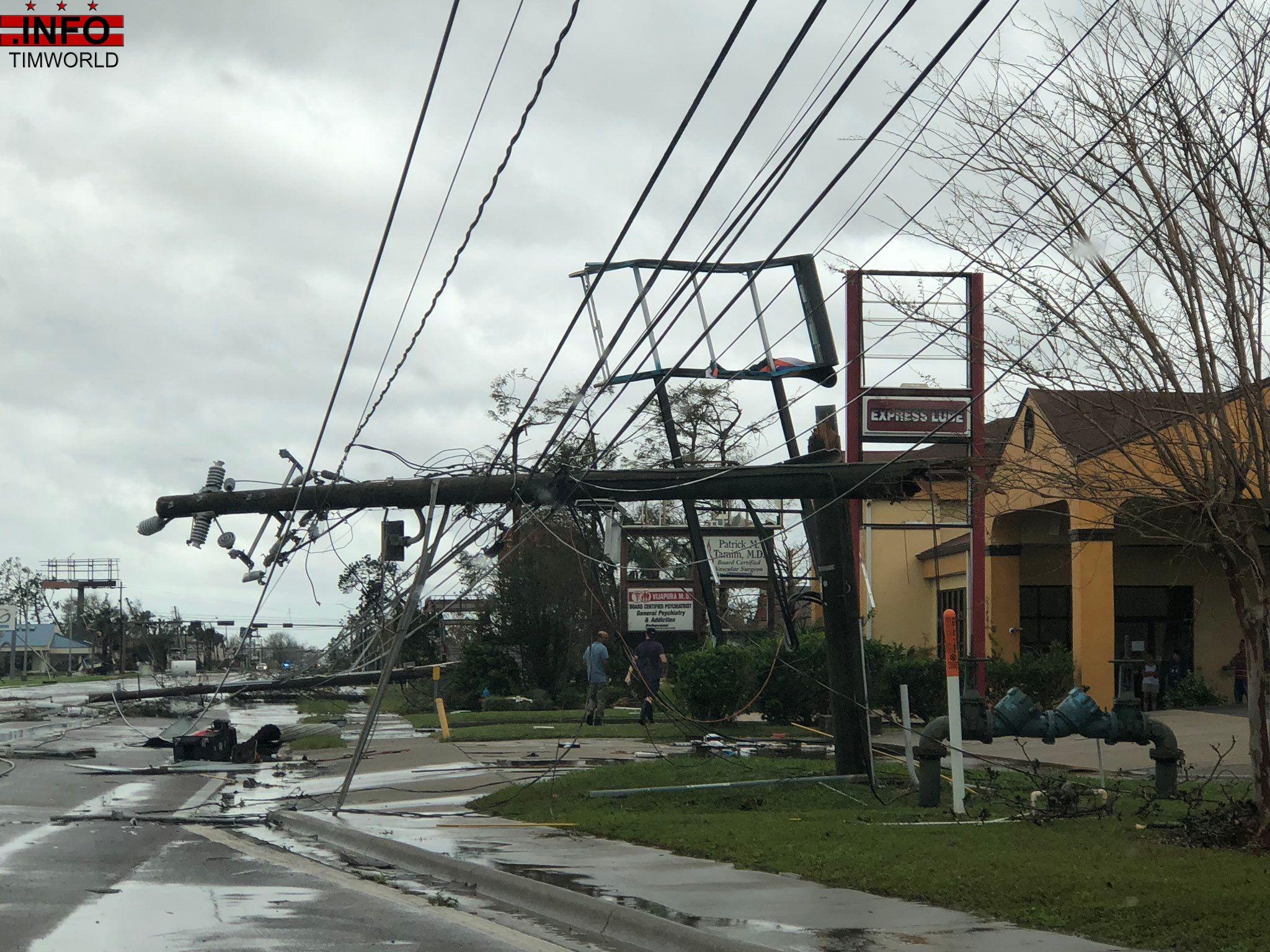 Almost seven months after Hurricane Michael made landfall at Mexico Beach, President Donald Trump is returning to the area. He’ll speak at a rally in Panama City Beach Wednesday evening, the same city he visited less than a week after the storm in 2018.

In the months since Michael, we’ve learned that estimated losses, including spending, loss of gross product and personal income, from the Category 5 storm could be as high as $53 billion. Property damages alone top $5 billion.

Gov. DeSantis has said he hopes Trump’s visit to Panama City for an evening rally means Trump can share “good news” about federal disaster relief funding, which has been stuck in gridlock over the final dollar amount to go to places like wildfire-affected California, flood-affected Iowa, and of course, our hurricane-affected neighbors.

As Washington, D.C., hammers out a plan, locals have done what they can to rebuild with what they have. Here’s how much has changed since Michael hit:

Devastation lays in the wake of Hurricane Michael after it made landfall in Mexico Beach Wednesday afternoon. (Photo: Kirsten Fiscus)

The hurricane rapidly intensified offshore, making landfall at Mexico Beach on Oct. 7, 2018, as a Category 5 storm. Winds reached up to 160 mph. That’s more force than Hurricane Katrina had when it hit Louisiana in 2005.

The powerful storm was felt in other coastal cities and towns, too, like Apalachicola, Panama City and countless others. Homes and businesses were shredded, boats flipped and people were reported missing on the day.

“It all happened so fast,” Dee Cook of seafood distributing business Two Mile Seafood told us that day. “It got worse than everybody expected. Nobody, none of us saw this coming. None of us thought we would see something like this.”

Other lost more than just property. Residents on the coast and even people further inland in places like Gadsden County died as a result of the storm that day.

“Absolutely devastating,” Apalachicola resident Danny Getter said. “It’s going to take months … before they get some kind of normalcy. Jesus.”

As the scope of the storm came into view, several residents were still without power as they assessed and cleaned up the damage they could. Many were still in shock at what they were witnessing.

“You see the aerial photos, but that doesn’t do it justice when you get here and see everything that’s torn apart. It’s pretty incredible,” part-time Mexico Beach resident Kimberly Higdon told us. “When it’s yours and you’re looking at it, you’re just shocked. Just shocked.”

There was uncertainty, but the resolve to rebuild what they could was already planted and beginning to grow.

“If we take small steps forward on each foot every day, in just a few days, in just a year or a few years, we’ll be back to where we were and even beyond,” First United Methodist Church of Port St. Joe Pastor Geoffrey Lentz told us. “(We’re) going to need a lot of help for the long haul. I want the story to be told that we’re here and we’re going to recover.”

Six months in, Lentz had that hopeful surge of adrenaline wear down (see below).

The hurricane destroyed 80 to 90% of the trees in Florida Caverns State Park, not to mention all its buildings. A month later, despite efforts to restore the state park, the storm still had a visible mark. The park is still closed today.

South of the park, thousands of trees were still uprooted in Liberty County and Apalachicola National Forest.

“Usually, we like to be forgotten. It is one of the reasons we live here. But we feel real forgotten now,” said Liberty County Judge Kenneth Hosford.

Remember Pastor Lentz? Half a year later, he told us things were not yet better, saying the demolition of damaged buildings was only half done and rebuilding had not yet fully begun in Port St. Joe. And he felt “exhausted.”

“If I am honest, this moment, six months in, may be the hardest yet,” Lentz wrote in a first-person piece. “Researchers tell us at about the six-month mark the adrenaline from trauma wears off and desperation sets in. I am certainly seeing people wearing down.”

The fatigue was a familiar feeling, with others saying the structural damaged done to homes had reached a tipping point, translating into homeless and unemployment.

For some, that feeling turned into calls for government support in recovery efforts.

“We’re not asking for handouts. We’re asking for help,” Bay County resident Terri Carter said on a visit to the state Capitol. “We’ve entrusted our lawmakers and governor with our livelihood and we want the support that we need.”

Hurricane Michael: We can still see its damage today

Florida’s Legislature approved an additional $220 million in the 2019-20 budget for those efforts, bringing total state funding to $1.8 billion. On the federal level, a federal package that would benefit those who have experienced everything from flooding to wildfires to hurricanes is still pending.

Meanwhile, the aftermath of Michael remains visible in our backyard.

Yesterday we toured the destruction from #hurricanemichael in Mexico Beach. There was a thunderstorm brewing which set the mood. It’s hard to comprehend the amount of work needed to bring this place back to life. A lot has been cleared out since the hurricane and there are lots of empty slabs where buildings once stood. #panamacitybeach , where we are working, seems to be recovering much faster, but lots of work to be done here too.

Drove through the worst of hurricane Michael. Really sobering to see how quickly everything you know can be destroyed. Just slabs of concrete where homes used to be, pretty much every tree snapped in half. Almost a year later and volunteers are still working hard to repair the damage, and donating food. • • • #hurricane #hurricanemichael2018 #flordia #mexicobeachflorida #ocean #power #mothernature #thepowerofmothernature #sea #sad #blue #homes #storm #storms #hurricanemichael #hurricanerelief

B. Miller up in the sky yesterday. ☁️ So excited to be rounding third (okay maybe really second) on this project. Windows are in, roof is ordered, siding is about to go up… then we go inside! ? #killerinvestments @goodmorningbainbridge @banksmiller #downtownbainbridge #begininbainbridge #historicalrestoration #hurricanemichael #betterthanbefore

Nate Chute is a producer with the USA Today Network. Folow him on Twitter at @nchute.