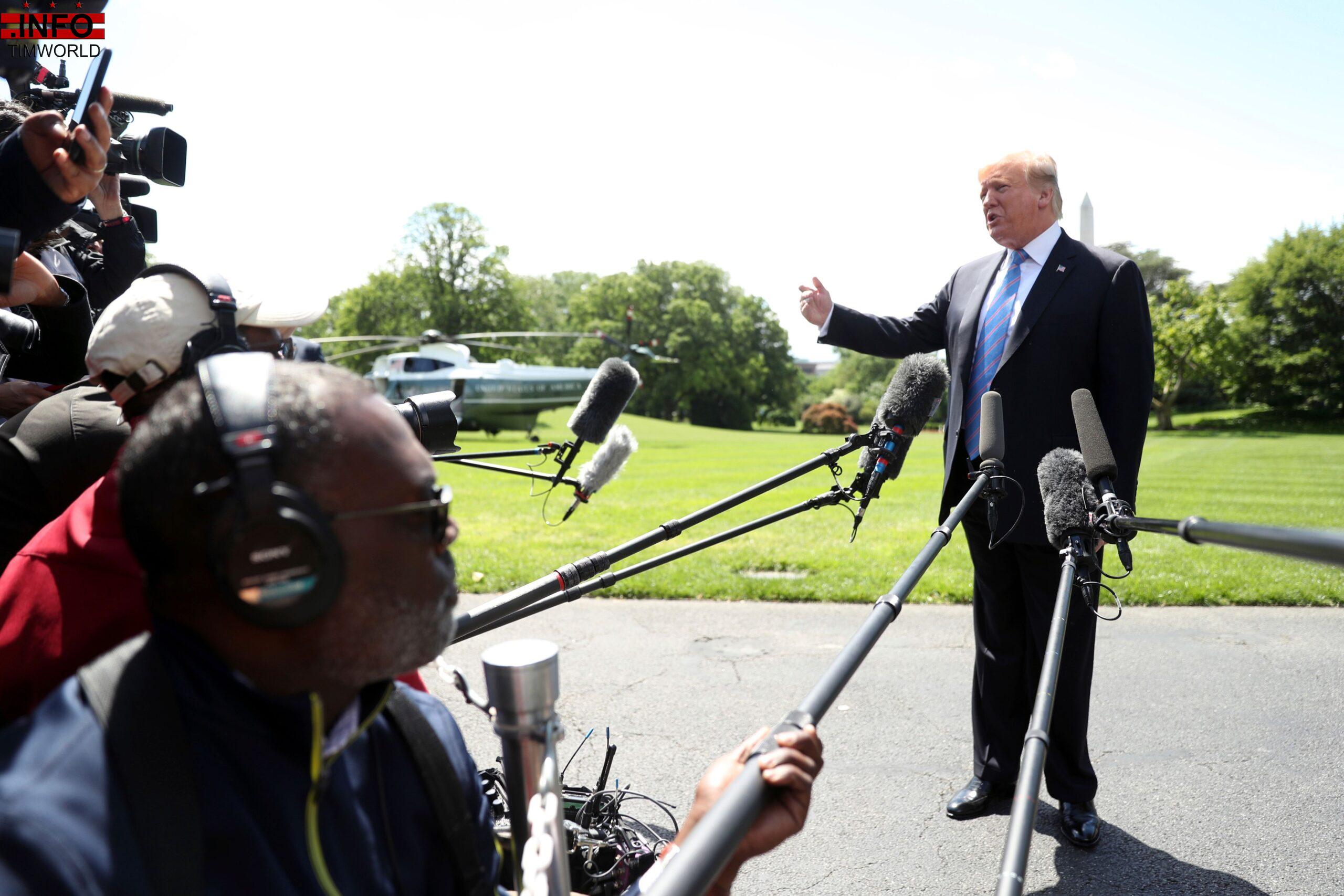 Trump granted a pardon to former newspaper mogul Conrad Black, who spent three and a half years in jail in on a 2007 fraud conviction that was ultimately reviewed by the Supreme Court. The White House described Black as an “entrepreneur and scholar” who “has made tremendous contributions to business.”

Black has also been an outspoken Trump supporter and wrote a book about the president last year.

“I think he’s done quite well,” Black said of Trump in an interview with The Guardian last year.

A former state lawmaker in California, Nolan was convicted of accepting illegal campaign contributions in 1994 and was sentenced to 33 months in prison.

“Mr. Nolan’s experiences with prosecutors and in prison changed his life,” the White House said in a statement. “Upon his release, he became a tireless advocate for criminal justice reform and victims’ rights.”

President Donald Trump prepares to board the Marine One helicopter on the South Lawn of the White House to travel to Louisiana on May 14, 2019. (Photo: Andrew Harnik/AP)

That’s hardly unprecedented, but previous presidents have tended to grant their most controversial pardons in their final months in office. Trump has done so early in his presidency.