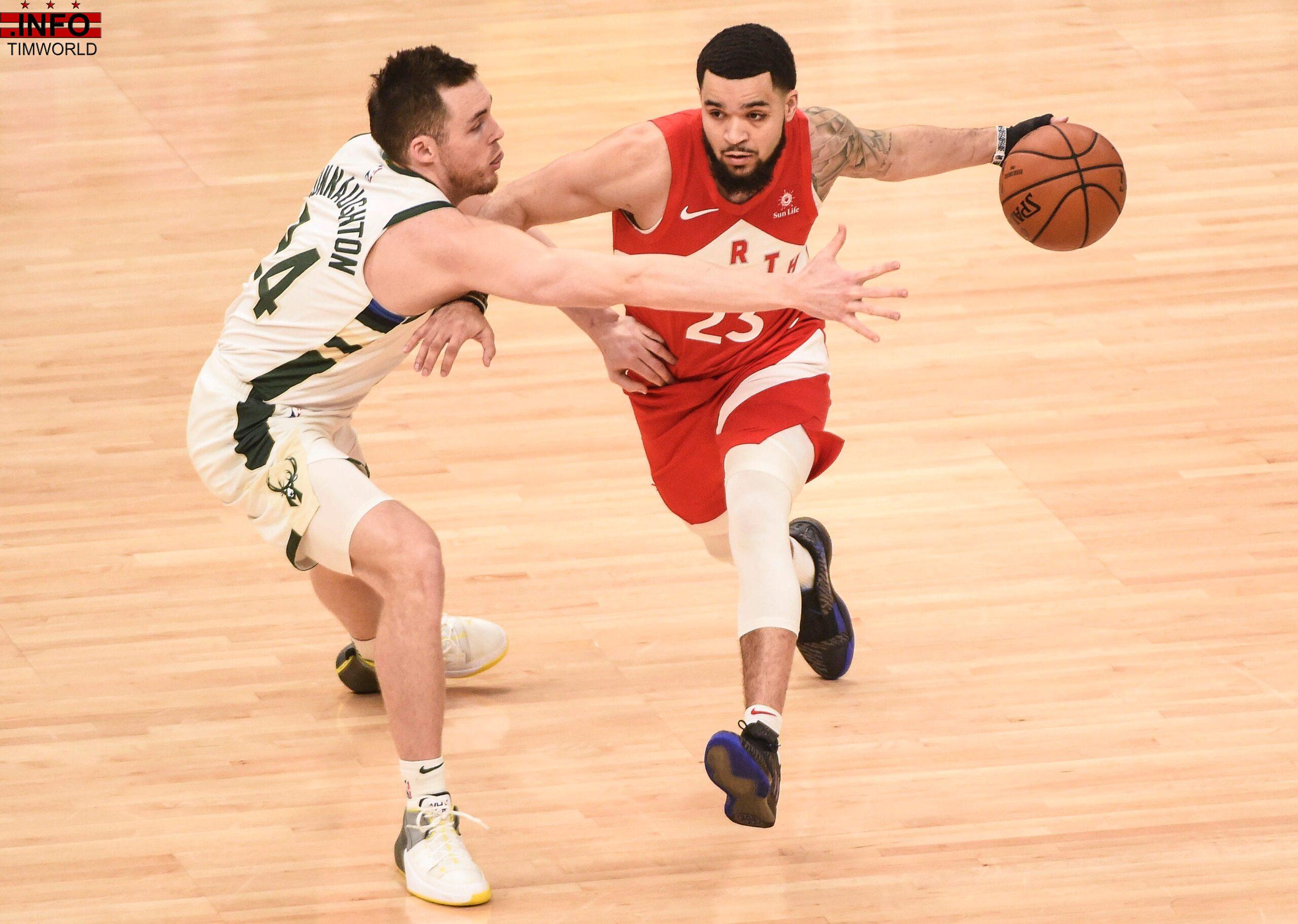 MILWAUKEE — Through seven games of the Eastern Conference semifinals and the first three games of the conference finals, Toronto’s Fred VanVleet lost his shooting touch.

Then, between Games 3 and 4, with the Raptors trailing Milwaukee 2-1 in the conference finals, VanVleet’s son, Fred Jr., was born.

Running on the adrenaline of a newborn, the competition of the NBA playoffs and little sleep, VanVleet all of sudden can’t miss.

“Zero sleep, have a lot of babies, and go out there and let loose,” VanVleet said.

Said Raptors coach Nick Nurse: “Whatever he’s doing he did the last couple days, he needs to keep doing. … He was kind of due for one of these nights because we know he’s a good shooter.”

MVP: Leonard making his case for best player in the NBA

With VanVleet on the court in the past two games, Toronto has outscored Milwaukee by 53 points.

In the postgame news conference, a reporter asked VanVleet to detail his week.

“As long as you promise it’s the last time I’ve got to tell this story,” he responded.

He gave a 277-word answer. His partner was due May 31, but their first child was born three weeks early.

“We were expecting it to be any day now,” VanVleet said. “Monday morning I thought I had a nice day off at home in Toronto, I got the call that her water broke, and I started running around trying to find if I could get on a plane.”

His girlfriend lives in Rockford, Illinois, and VanVleet made it to the hospital for the birth.

“If anybody has kids before, you know getting discharged is a whole ‘nother adventure, trying to leave the hospital,” he said. “So, they were stuck up there for a while with the baby getting checked out, and I stayed Tuesday, stayed in the morning, flew back, got to Toronto at 2:00 or 3:00, tried to take a little nap and headed to the arena for Game 4.”

He made all three three-point shots he attempted in Game 4 and had six assists.

The Raptors arrived in Milwaukee on Wednesday, and VanVleet made the 90-mile drive to Rockford. He stayed the night and return to Milwaukee on Thursday.

Fred VanVleet (21 PTS & 7 3PM) on having a baby earlier this week! ?#NBAPlayoffspic.twitter.com/2OAEETysVr

“Took another nap, if that’s what you call it, and laced them up again here for Game 5,” VanVleet said. “So, it’s been a frantic week, but that’s what makes all this stuff worth it.”

Even though VanVleet was 1-for-11 in Toronto’s Game 3 double-overtime victory, Nurse said, “I didn’t even know it because I thought he played so great. He was in a must-play-good situation because Kyle (Lowry) fouled out, and we went to double overtime. He played at least 16 straight minutes, and he ran the team and played defense, and he oozes confidence.

“He oozes the confidence that spreads to the other guys. Again, he just stepped into the shots that were there tonight, and he was probably due to get hot in these playoffs. It’s been probably a long time coming. Great game by him, though. Great game.”

In the short time since Fred Jr. was born, his dad hasn’t had a bad game.

“Still not giving him all the credit in the world,” VanVleet said, “but he’s probably helped me out a little bit.”