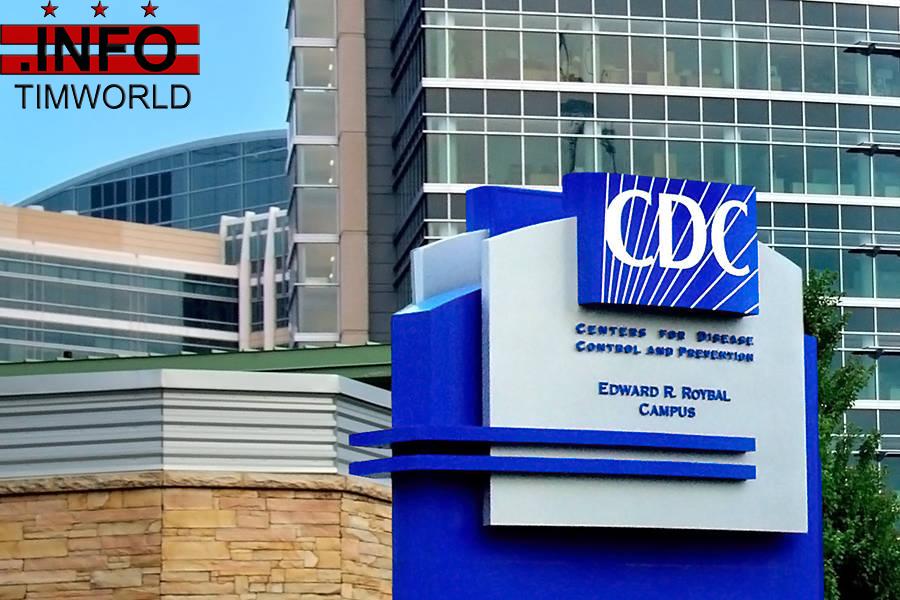 One of the federal government’s leading experts on the health impacts of climate change sought whistleblower protection on Friday because of retaliation he said he has faced for speaking out against the Trump administration’s efforts to end climate research.

George Luber, an epidemiologist at the U.S. Centers for Disease Control and Prevention, is the latest of a string of federal scientists working on climate change who say that they have been silenced, sidelined or demoted.

The Trump administration’s drive to cut climate change out of federal research and policy has been underway at the Environmental Protection Agency and Interior Department since Trump took office. The scientists and their advocates say it has now spread to the U.S. Navy, the Department of Agriculture, and the nation’s premier health protection agency, the CDC.

Luber, who headed the CDC’s Climate and Health Program before it was eliminated last year, has been barred from speaking publicly about climate change and has been forbidden from entering the CDC campus without first getting prior permission and being subjected to a vehicle and body search, his attorney said. He also faces a potential four-month suspension.

The petition he filed Friday asks the U.S. Office of Special Council to grant him whistleblower status, the first step aimed at ending what he says is unlawful treatment by the government. If granted, the office would initiate an investigation. The office has the power to seek corrective action, disciplinary action against federal officials, or both. It also has an Alternative Dispute Resolution process in which parties can work toward a settlement with a mediator.

A CDC spokesperson said the agency does not comment on personnel matters.

“The administration has undeniably been carrying out a concerted and intentional assault on anyone in the federal government who has any expertise,” said Kevin Bell, staff counsel of Public Employees for Environmental Responsibility (PEER), a nonprofit that is representing Luber.

“It’s not just because they disagree with climate change science, but they disagree with expertise in general,” Bell said. “George’s case is one of many—any program that looks like it hypothetically could be a threat to the narrative or to the president’s ego, people lower down in the bureaucracy think it’s good for their careers to do what they can to kill the programs.”

Luber’s whistleblower action comes a month after Maria Caffrey, a former National Park Service geography specialist, filed a whistleblower petition and a lawsuit over her firing earlier this year. Caffrey said she was retaliated against for her work leading a study on the potential impacts of sea level rise and storm surge on coastal national parks under future climate change scenarios.

In July 2017, an Interior Department policy analyst, Joel Clement, invoked the whistleblower law after he said he was demoted for speaking about protections for native Americans in Alaska and risks they face from climate change.

Across the government, the Trump administration crackdown on climate science has taken different forms. For example:

The U.S. Navy shut down its 10-year-old Task Force on Climate Change.

The Department of the Interior (DOI) removed mentions of climate change from its webpage on water conservation, and the EPA removed several of its climate change-focused webpages from public access.

Lewis Ziska, a veteran scientist who worked at the U.S. Department of Agriculture for 25 years, recently left the agency after officials there tried to censor an academic paper exploring the impact of climate change on rice. “Basically I was growing disillusioned with the inability to begin to address specific climate change-related issues in agriculture, and there are a lot of those issues,” Ziska said from his new office at Columbia University.

“It’s definitely been a multi-pronged attack,” said Lauren Kurtz, executive director of the Climate Science Legal Defense Fund in New York, whose group has been working with Caffrey on her case.

“Prohibiting people from speaking out about climate change, pressuring people not to study climate change, or terminating programs on climate–it’s been a very holistic approach to silencing science,” she said. Kurtz’ group and the Columbia University Sabin Center for Climate Change Law are keeping a running tally of such incidents on line.

CDC’s Sidelining of a Scientist

Federal whistleblower protection law that has been in place for 30 years prohibits government officials from retaliating against employees who disclose fraud, waste, abuse, mismanagement, or “substantial and specific” danger to public safety or health.

Bell said that Luber will petition that he deserves such protection on several grounds.

He was removed from his position and put on administrative leave in March 2018 soon after he objected to the agency folding the CDC’s climate and health program into its asthma program and using funds appropriated by Congress for climate other than for their intended purpose, Bell said.

Luber’s CDC supervisor proposed his suspension in July, several weeks after Luber made a speech to accept a First Amendment Award from the Hugh M. Hefner Foundation and attended a series of meetings with the staff of congressional oversight committees on how CDC climate research was being eliminated.

To justify the disciplinary action, the CDC leveled a series of accusations against Luber, including saying he was absent without leave on occasions dating back to 2015 when he was teaching a class at nearby Emory University. According to the response that Luber filed with the agency, his personnel files include his ethics form and other documents that indicate that he obtained the required prior approval for outside teaching, but the CDC said that the approval document itself could not be located. Bell argues that the CDC’s accusations are a pretext for the agency’s retaliatory actions against Luber.

Kurtz said that whistleblower cases are often difficult because of the government’s efforts to justify its actions with further attacks on the employees. “The Trump administration has done a lot to put plausible deniability into a lot of these actions,” she said, “so for someone to prove they were retaliated against is a fairly high bar.”

Luber was one of the lead authors of the chapter on human health in the National Climate Assessment released last fall. He has published numerous studies on heat-related health risks, climate change and the spread of infectious disease, and public health strategies for adaptation. He also appeared in an episode of the documentary series Years of Living Dangerously about the health impacts of climate change. But his work was curtailed soon after the Trump administration took office.

Luber has since been assigned to CDC work unrelated to climate or to his job title as a supervisory health scientist, Bell said. He works from home five days a week and can only come into the office when told to.

“He is absolutely isolated,” Bell said. “The impact on his health and his family is absolutely overwhelming. All of the people he has worked with and relied on for 16 years are not even allowed to speak to him. He’s just waiting for the day when he is finally fired.”

Emotional Toll in the Department of Agriculture

Ziska also talks about the emotional toll the administration’s personnel moves are having on federal workers, such as its plan to relocate two research wings of the Department of Agriculture from Washington to the Midwest — a move that researchers at the agency say was deliberately designed to sideline politically unpopular research.

“Their morale is about as low as I’ve seen it,” Ziska said. And it comes at a time when climate-focused research is especially critical, he added.

“The biggest issue and the thing that’s so frustrating is that you have real-time issues of climate affecting American agriculture — everything from unprecedented rainfall to new diseases,” he said. “You have all these scientists from various agencies who can’t take their expertise to address these problems, and the reason is there’s the big ugly mass of politics standing in the way.”

Working people are forced to sacrifice for the common good. Why aren’t the titans of capitalism?
Gov. J.B. Pritzker says defeat of Kansas abortion amendment a warning to Republicans seeking to ‘undermine bodily autonomy’
Conway accuses Pelosi of capitulating to male colleagues on impeachment