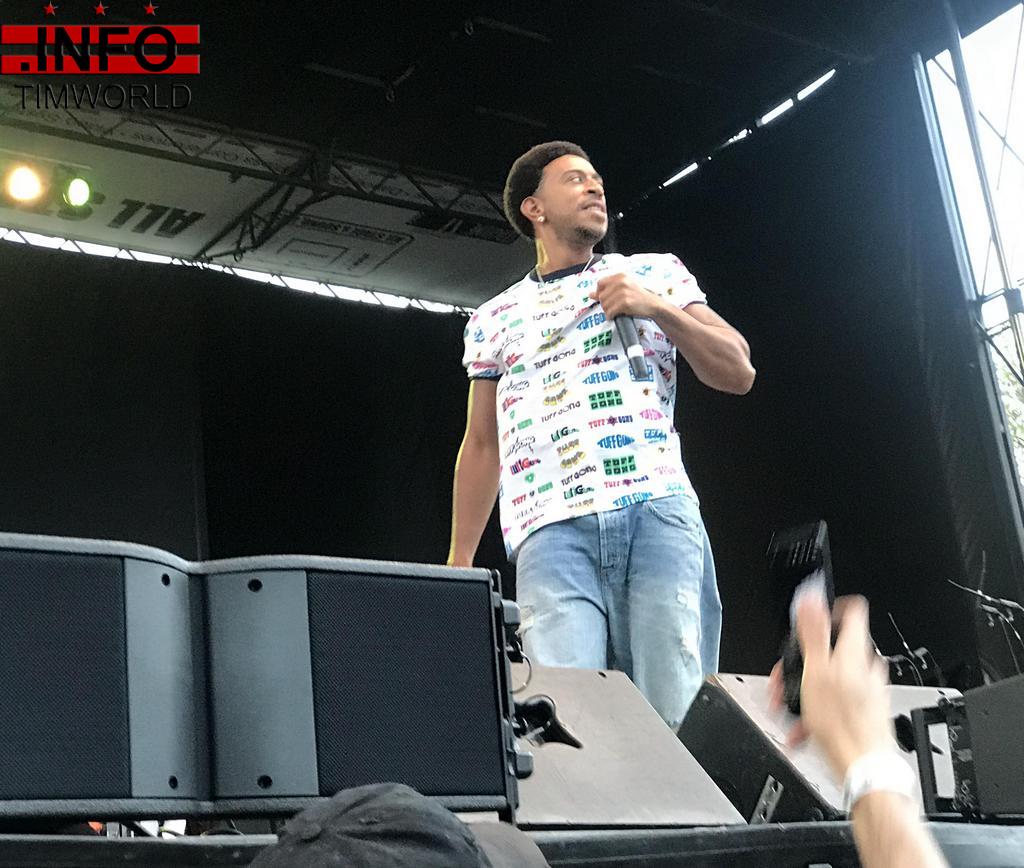 While the 2019 National Cannabis Festival may have appropriately fallen on “4/20,” the date recognized as the official “weed holiday,” the festivities were far more than Cheech and Chong, burning blunts and munchies.  The festival was an opportunity for weed enthusiasts, entrepreneurs, advocates and lawmakers to celebrate the strides made in the marijuana industry, discuss necessary policy, stop criminalizing cannabis and turn up to headlining artists.

Throughout the day guests remarked in pleasure that there was no fighting, no loud, obnoxious drunks, no stressed faces, but happy people gathering, “for the love of marijuana,” as festival attendee Mira told the AFRO.

The 2019 National Cannabis Festival, which featured headliners Ludacris and Action Bronson and workshops, took place on April 20, the recognized weed holiday, and gathered people from all walks of life to have fun and discuss important marijuana policy. (Photo by Micha Green)

Looking around at the National Cannabis Festival, one got a taste of the beautiful blend of cultures in America.  The festival was a unifying factor for all the various people gathering in the name of Mary Jane.

“The National Cannabis Festival is important because it brings people together. There were all kinds of people from all walks of life coming together,” Timoteo told the AFRO. “I had a great time. I was pleased by all the positive energy. I enjoyed the food, the different types of weed. Seeing different group and people together enjoying each others company. All the smiles all around was one of the best parts of the event.”

The fact that the National Cannabis Festival is somewhat of a melting pot is completely intentional.  Cannabis advocates emphasize that marijuana can be for all kinds of people.

“Just to break barriers with those prejudices- that everyone who smokes weed is crazy and it makes you do crazy things,” Mira said. “It’s actually more peaceful meditation, and for larger groups, social meditation. Whether subconsciously or not it brings people together.”

While he enjoyed the concert, particularly D.C.’s Backyard Band, Timoteo remarked that he wished there was  more variety in musical artists to further break the stigma surrounding weed.

“I wish they had less rap music and more of a mix of entertainment,” he said. “I like what they had don’t get me wrong, but I wish they would have just added other genres cause not everyone who smokes weed listens to hip hop. And if you bring different musicians from different genres you can expand your audience a bit more.”

The audience was not simply treated to a concert though.  While artists such as Action Bronson, Ludacris and Biz Markie rocked the stage, the festival also offered workshops and programming for people in every spectrum of the weed industry, from cultivator, entrepreneur to consumer.

“It’s education as well.  There’s a lot of good workshops and tutorials about the growing and policy- so that was also a big point of interest,” Mira said.

In his third year of attending and watching the growth of the festival, Timoteo found it exciting that he was still able to learn something new.

“Now that it is legal there are all these creative things coming out. I had infused coffee for the first time,” he told the AFRO.

For Timoteo and other attendees, the overall unifying factor was the highlight of the National Cannabis Festival.

“The biggest highlight was just that the festival alone exist. People are in the nation’s capital gathering and smoking weed without fear of getting in trouble.”

Note: For the purposes of protecting the identities of festival guests and their families, the AFRO is excluding the last name of those quoted.

US Seafood Industry Flounders Due to COVID-19 – Many Fishmongers May Go Belly Up Without Aid
Districts won’t have to use own money for pay raise, superintendent says. Here’s more.
India clampdown hits Kashmir’s Silicon Valley