The Latest: Trump to declassify docs on Russia probe origins 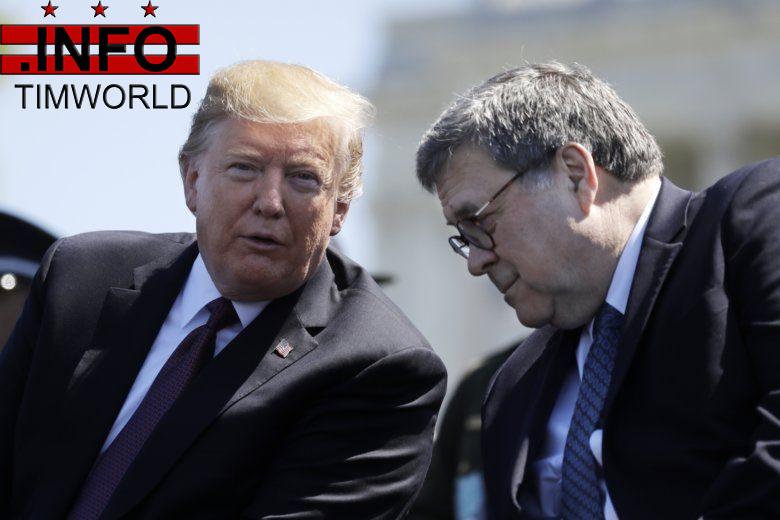 WASHINGTON (AP) — The Latest on President Trump and the Russia investigation (all times local):

President Trump says he will declassify documents related to the origins of the investigation into Russia’s links to the campaign.

Trump, leaving the White House on Friday for Japan, told reporters that the investigation was “an attempted coup.”

The president said it could run up to “millions of pages” and said he wanted to declassify FBI and CIA documents, including those that might pertain to contacts overseas in the United Kingdom.

The president ordered the U.S. intelligence community to “quickly and fully cooperate” with Barr’s investigation into the origins of the Russia probe.

Trump said Barr is “in charge” and “let’s see what he finds.”

President Donald Trump is stepping up his effort “to investigate the investigators.” He directed the U.S. intelligence community on Thursday to “quickly and fully cooperate” with Attorney General William Barr’s investigation of the origins of the multi-year probe of whether his 2016 campaign colluded with Russia.

The move marked another effort in Trump’s efforts to undermine the findings of special counsel Robert Mueller’s probe amid mounting Democratic calls to bring impeachment proceedings against Trump.

Press secretary Sarah Sanders said in a statement that Trump is delegating to Barr the “full and complete authority” to declassify documents relating to the probe.