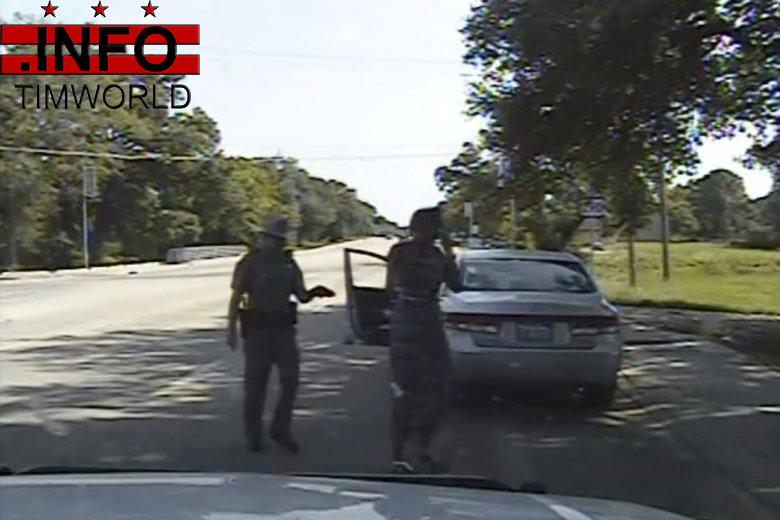 Texas authorities are disputing accusations of withholding evidence in a heated exchange with lawmakers over why cellphone video of Sandra Bland’s 2015 traffic stop never publicly surfaced until now.

Bland’s mother, Geneva Reed-Veal, attended the hearing Friday at the Texas Capitol. Her 28-year-old daughter was found hanging in a jail cell near Houston three days after being stopped for not signaling a lane change.

Bland, who was black, recorded a 39-second cellphone video during the stop as a white state trooper pointed a stun gun and ordered her out of the car.

The footage never publicly surfaced until this month . Democratic state Rep. Garnet Coleman scolded state officials and said the clip shows that the trooper had no reason to fear for his life.

Texas investigators said they’ve been transparent and said the cellphone video was referenced in a case report.

A state House committee wants answers at a hearing Friday after the 39-second clip emerged this month. Bland was found hanging in a jail cell near Houston three days after she was pulled over for not signaling a lane change.

The death of the 28-year-old black woman set off protests nationwide.

Her cellphone video shows Trooper Brian Encinia, who is white, drawing a stun gun while ordering Bland out of the car.

Texas authorities say the video was given to Bland’s family attorney with other evidence. But the family says they never saw it.

Gall Fly Outmaneuvers Host Plant in Evolutionary Game of “Spy vs. Spy”
New Photonic Crystal Light Converter: Powerful Tool for Observation in Physics and Life Sciences
An Italian rescue ship with 46 migrants on board has docked in the Italian port of Lampedusa against explicit ban