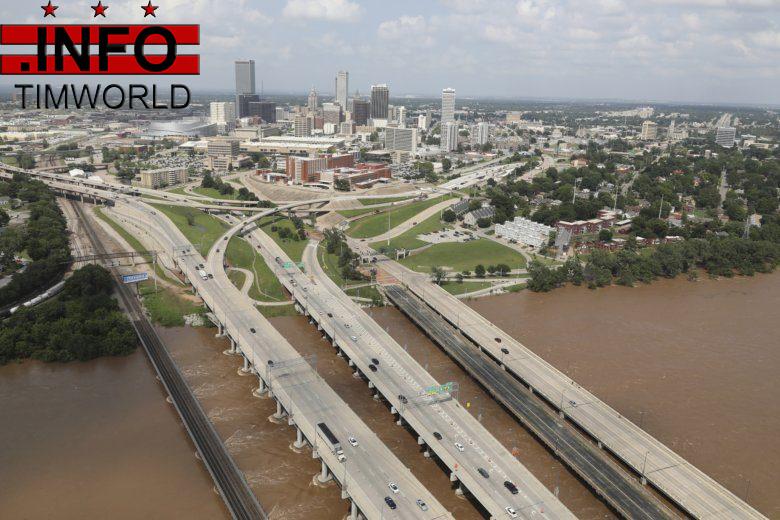 VAN BUREN, Ark. (AP) — The Latest on tornadoes and flooding in the Midwest (all times local):

Forecasters are predicting record flooding in western Arkansas in communities along the Arkansas River because of huge amounts of water headed downstream from Oklahoma and Kansas.

The river was at 32 feet on Friday morning, or just above major flood stage.

The weather service says “near catastrophic flooding” occurs at 37 feet (11 meters), and that the predicted river levels will create “an extremely dangerous and life-threatening situation.”

Residents affected by a powerful tornado in Missouri’s capital city now could have to withstand some hot weather without electricity to their homes.

Electricity provider Ameren Missouri said Friday that crews have been working around the clock to try to replace about 200 broken power poles in Jefferson City and Eldon and re-string the lines.

Ameren Missouri division director Chip Webb says it may be the end of Saturday before power is fully restored in Jefferson City. He says crews hope to have the power back on later Friday in Eldon, another central Missouri town hit by a tornado.

High temperatures are forecast in the mid-to-upper 80s both Friday and Saturday.

Webb says Ameren has been using drones to inspect the power lines, which goes more quickly than manual observations.