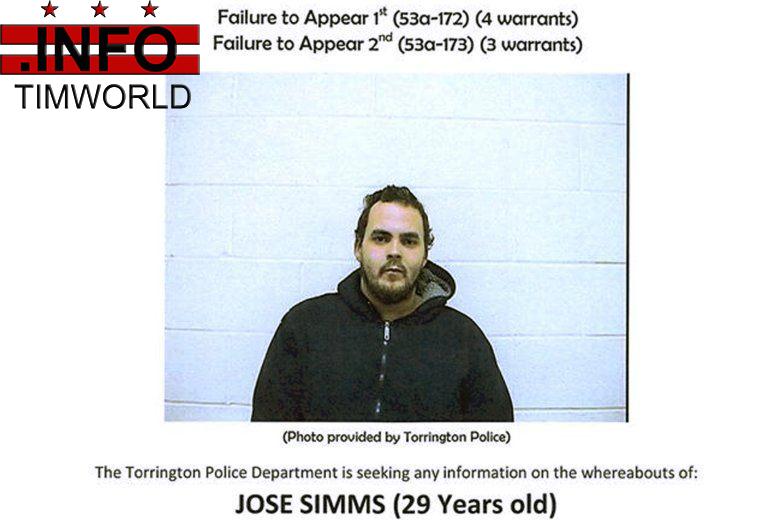 TORRINGTON, Conn. (AP) — The Latest on the Facebook fugitive (all times local):

Torrington police are defending the agreement they struck with a fugitive who was supposed to turn himself in once his wanted poster got 15,000 likes on Facebook.

Fugitive Jose Simms has not shown up, even though the social media post has far exceeded the number of likes in the agreement.

But police Lt. Bart Barown said Friday that the publicity has led to numerous tips that has them closing in on 29-year-old Simms. Simms is wanted after failing to appear in court on charges that range from breach of peace to risk of injury to a child.

Barown says the media publicity — including a country song parody about the case by the band Dixie Jade — has made it harder for Simms to hide.

Police in Connecticut say a fugitive has so far failed to honor an agreement to surrender once enough people responded positively to his wanted poster on social media.

Torrington police say Jose Simms has seven arrest warrants and is being sought as a fugitive after failing to appear in court on charges that range from breach of peace to risk of injury to a child.

He is believed to be somewhere in New York.

Torrington police Lt. Brett Johnson posted on the department’s Facebook page Wednesday that Simms had contacted him through the social media site and agreed to turn himself in if the post containing his poster received 15,000 likes.

The page has far surpassed that number.

Police said Friday that they will use all resources available to locate Simms.

This story has been corrected to show the fugitive’s name is Jose Simms, not Sims.