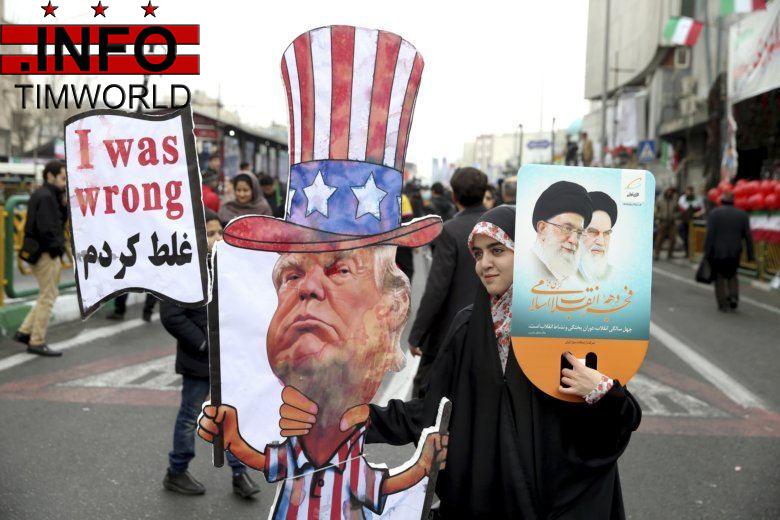 TEHRAN, Iran (AP) — The Latest on Iran’s decision to step away from embattled nuclear deal (all times local):

Israeli Prime Minister Benjamin Netanyahu is responding to Iran’s decision to withdraw partially from the nuclear deal with world powers.

Netanyahu spoke Wednesday at a state Memorial Day ceremony in Jerusalem and said Israel would “not allow Iran to obtain nuclear weapons.”

Israel’s prime minister has been an outspoken critic of the 2015 agreement between Iran and world powers, and welcomed President Donald Trump’s withdrawal from the deal last year. Netanyahu considers Iran to be Israel’s greatest threat, and Iranian leaders frequently condemn Israel and call for its destruction.

Netanyahu says Israel “will continue to fight those who seek to take our lives, and we will thrust our roots even deeper into the soil of our homeland.”

Iran has denied ever seeking nuclear weapons, insisting its atomic program is for entirely peaceful purposes.

A Russian member of parliament says Iran’s partial withdrawal from the 2015 nuclear accord is a direct response to increased pressure from Washington.

Leonid Slutsky, chairman of the Russian State Duma’s foreign affairs committee, told reporters Wednesday that the U.S. has been ramping up pressure on Iran since President Donald Trump withdrew America from the deal last year.

He noted that “U.S. sanctions were reinstated, the (Revolutionary Guard) was branded a terrorist organization, and just yesterday national security adviser John Bolton said, on Washington’s behalf, that ships and bombers would be deployed to the Iranian coast.”

Slutsky says there is still hope of preserving the agreement and called on all sides to return to the negotiating table.

Iran’s president says the Islamic Republic will keep its excess enriched uranium and heavy water, setting a 60-day deadline for new terms for its nuclear deal.

Hassan Rouhani said Wednesday that if that deadline passes without better terms, Iran will begin higher enrichment of uranium.

He made the comments in a live address on Wednesday, the anniversary of President Donald Trump pulling America out of the accord.

The 2015 deal saw sanctions on Iran lifted in exchange for limits on its nuclear program. The U.S. has restored crippling sanctions since withdrawing.

Iran sent letters on its decision to the leaders of Britain, China, the European Union, France and Germany. All were signatories to the nuclear deal. A letter was also to go to Russia.

Iranian state television says letters outlining the Islamic Republic’s partial withdrawal from its 2015 nuclear deal with world powers have been delivered to ambassadors.

State TV made the announcement Wednesday. It did not elaborate on what steps Iran planned to take.

The letters were to be delivered to the leaders of Britain, China, the European Union, France and Germany. All were signatories to the nuclear deal, which saw Iran limit its enrichment of uranium in exchange for the lifting of economic sanctions. A letter was also to go to Russia.

The move came a year to the date President Donald Trump withdrew America from the accord.

The letters will come as officials in the Islamic Republic previously warned that Iran might increase its uranium enrichment, potentially pulling away from a deal it has sought to salvage for months.