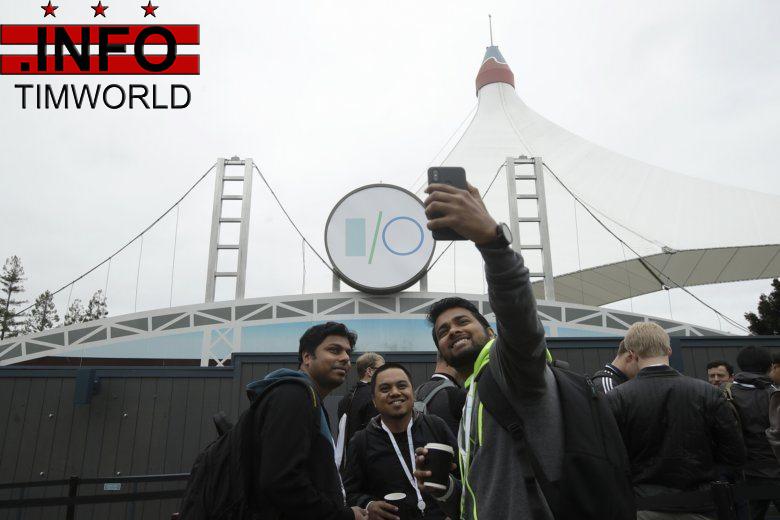 Google is releasing cheaper versions of its smartphone in an effort to appeal to budget-minded consumers who aren’t willing to spend $800 on the Pixel 3.

The more affordable phones are a response to a worldwide slowdown in smartphone sales, which has been partially driven by people’s reluctance to splurge on the increasingly expensive models from Apple, Samsung, Google and other manufacturers.

The price for the Pixel 3a will start at $399. There’s also a larger, XL model. Both are available immediately.

Google announced the long-rumored mid-range phones at its developers conference Tuesday in Mountain View, California, five months before it’s expected to release the next generation in a product line it created in 2016.

The new versions of the Pixel will have the same camera as the top-of-the-line model, but the glass back will be replaced with plastic.

Although they have been praised in reviews, Pixel phones still haven’t made a significant dent in the smartphone market. The research firm IDC says Google had only sold 8.2 million Pixels through — a drop in the bucket of total smartphone sales.

Google’s new smart home display will be able to make video calls on a bigger screen.

The company unveiled the larger and more versatile device, called Nest Hub Max, on Tuesday at its annual conference in Mountain View, California.

The Nest Hub Max has a 10-inch display that offers a wide field of vision that’s designed to make it easy to conduct video calls even while walking around. That’s a feature unavailable on a 7-inch display called Home Hub that Google released last year.

The previous model primarily serves as a digital frame for photos. With video calling, Google’s device becomes more competitive with similar smart home displays made by Amazon and Facebook that already include that option.

People can enable facial recognition if they want the Nest Hub Max, so that the device can distinguish identify members of the household and offer personal reminders. Google says the analysis is done on the device, with nothing sent to Google’s servers.

Google is retiring the Home name and shifting to the Nest brand best known for its line of internet-connected thermostats and cameras.

Google researchers are working to train its speech recognition system to understand people with speech impairments.

The company showcased its Project Euphonia Tuesday during its annual developers conference in Mountain View, California.

Project Euphonia is working with people who have neurological conditions including amyotrophic lateral sclerosis, or ALS, to better understand their speech patterns. The researchers hope to train the system to reliably transcribe the speech to better help people communicate.

Google also announced an update that will help people type one side of a phone conversation on a keyboard and have words quickly translated into speech.

To help people who cannot speak, the company revealed a button that will connect to Google Assistant to allow people to send simple commands without speaking.

Google will allow users of its digital maps to cloak their identities to prevent their locations from being recorded.

The new privacy control called “Incognito” is being offered by Google as tech companies face intensifying scrutiny over the amount of user information they collect and sell for advertising. Facebook dedicated much of its own conference last week to connecting people though more private channels rather than broadly on the social network.

Incognito has long been offered on various browsers, including Google’s Chrome, though that may get overridden when people sign in to a Google or other account.

Google also showed off recently announced auto-delete features. The tools let people set a time limit for how long their location history will be saved before it is deleted.

Google says its artificial intelligence assistant will get a series of updates this year, including one that lets it book rental cars and movie tickets for you.

Google says Assistant will be able to book cars and tickets using online forms on Android phones later this year. The technology behind this, called Duplex, was released last year amid much fanfare and some worries about its ability to sound creepily human when calling restaurant to make reservations.

Assistant will also be shrunk down on new Pixel phones later this year to a size that lets it understand and respond to some commands without sending information to Google’s servers.

The AI is also learning to offer more personal suggestions to users by learning common contact names and addresses.

Google CEO Sundar Pichai has kicked off the company’s annual conference by reiterating his intention to come up with more features to help make people’s live easier.

The pledge made Tuesday before a crowd of about 7,000 computer programmers is part of Pichai’s efforts to diversify Google beyond its roots as a search.

The search engine remains the main way that Google makes billions of dollars annually by selling digital ads that are targeted at the interests that people reveal through their search requests.

Early announcements include features to automatically calculate tips and split the bill by pointing the camera at a receipt. Or point the camera to a physical menu to highlight popular dishes.

Google is expected to unveil several products and other features unrelated to its search engine during the conference in Mountain View, California.

Google will also likely address privacy updates as concerns about data sharing continue to plague the tech industry. Facebook dedicated much of its own conference last week to addressing privacy.

Rumors suggest that Google may unveil a mid-range Pixel phone as a cheaper option to the flagship model currently on sale for $800.

Pichai has a keynote scheduled Tuesday at the company’s annual I/O conference for software developers in Mountain View, California.

Google says more than 7,000 developers will attend. The conference is focused on updates for the computer engineers that build apps and services on top of Google technology. I/O has also become a stage to announce new consumer products.