The Latest: Fire that killed 6 apparently started on stove 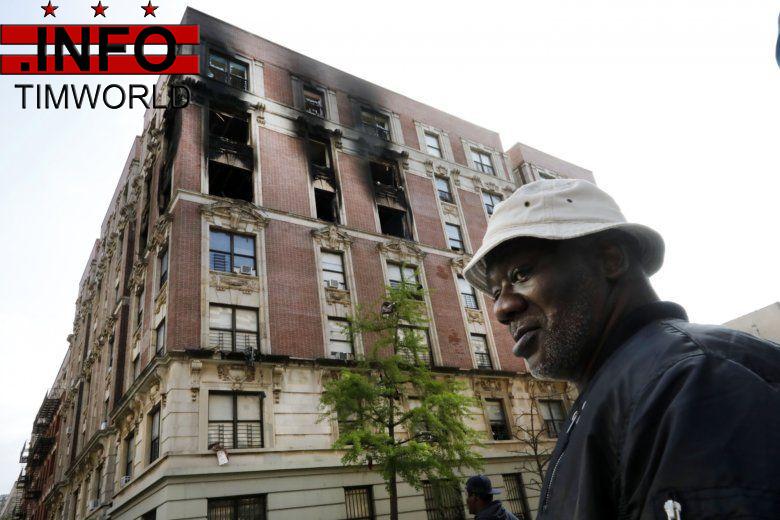 NEW YORK (AP) — The Latest on a fatal fire in Harlem (all times local):

Authorities say an overnight fire in Harlem that claimed the lives of six family members, including four children, apparently started on a stove.

Fire Commissioner Daniel Nigro (NY’-groh) said in a briefing that firefighters who were unable to save the family early Wednesday are taking it “very personally.”

The head of the New York City Housing Authority, Kathryn Garcia, said a battery-operated smoke detector in the apartment had been tested in January.

The children ranged in age from 3 to 11.

Mayor Bill de Blasio says the scene is “horrible to look at” and the city’s “hearts are prayers” are with the victims’ loved ones.

The New York Fire Department says six people, including four children, were killed in an early morning blaze in a Harlem apartment building.

Fire Commissioner Daniel Nigro says they received a call at 1:40 a.m. from a person across the street from the seven-story Fred Samuels Houses on Seventh Avenue near 142 Street reporting the blaze.

He says firefighters aggressively moved in to extinguish the flames and when they reached two rear bedrooms they found two adults and four children, ranging in ages from 3 to 11, deceased. They are all believed to be family members.

Nigro says there were approximately 100 firefighters on the scene and it took more than an hour to get the fire under control.