The Latest: Baltimore will not prosecute arrested students 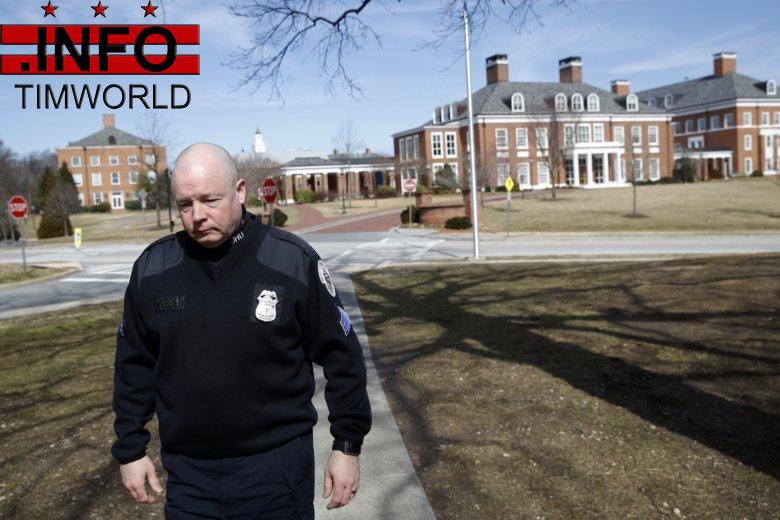 BALTIMORE (AP) — The Latest on a protest at Johns Hopkins University in Baltimore (all times local):

Baltimore’s top prosecutor says her office will not prosecute the seven people arrested by Baltimore police as they ended a monthlong sit-in at Johns Hopkins University.

Marilyn Mosby is the state’s attorney in Baltimore. She says “all charges brought against the students will be abated by arrest.”

The Baltimore Police Department says its officers arrested five people on Hopkins’ main campus for trespassing and two others for impeding vehicle traffic early Wednesday. Protesters say four of the arrested people are students at the university and three are not.

University President Ronald J. Daniels and Provost Sunil Kumar said in a Tuesday letter that the protest constituted criminal trespassing and any student who didn’t leave peacefully could be suspended or expelled.

Baltimore police ended a monthlong sit-in at Johns Hopkins University on Wednesday, arresting people who have been protesting the creation of a campus police force.

“The university’s request for assistance was based on grave concerns about the unsafe circumstances in and around Garland Hall and followed multiple offers of amnesty from university officials and warnings from the police,” the statement said.

The Baltimore Sun reports that officers entered the building and began arresting students, some of whom had chained themselves to the stairs.

The students are have been protesting the school’s contracts with the U.S. Immigration and Customs Enforcement agency.

President Ronald J. Daniels and Provost Sunil Kumar said in a Tuesday letter that the protest constitutes criminal trespassing and that any student who didn’t leave peacefully could be suspended or expelled.

The university’s Wednesday statement said “protesters and outside activists significantly escalated the situation” on May 1 by forcing the evacuation of students and staff from the building. The school said the protesters also covered all security cameras and chained shut all exterior doors. This interrupted essential campus services, including support for students with disabilities, and raised concerns about the safekeeping of students’ personal and financial data kept inside.

“We are unshakeable in our support of freedom of expression, which lies at the core of academic life,” the statement continued. “We had hoped to find a constructive means to resolve this increasingly dangerous situation, and we are disappointed that the decisions of the protesters necessitated a law enforcement response.”

A number of colleges are being pressured to cut ties with ICE amid public outcries over the separation of migrant families along the nation’s southern border.

Johns Hopkins, Northeastern University and Vermont’s system of public colleges have ICE contracts totaling about $4 million this year for research and training services.

The schools argue that their work has nothing to do with the agency’s role along the border, but some students and faculty have been circulating petitions and organizing protests, saying the work clashes with school values, and that preserving any relationship amounts to a tacit endorsement.

“People care about what Hopkins stands for,” Drew Daniel, who teaches English at the Baltimore school and started an online petition, said last year. “You want that degree to stand for a certain set of values, a certain commitment, and I think there’s frustration that this relationship compromises those values.”