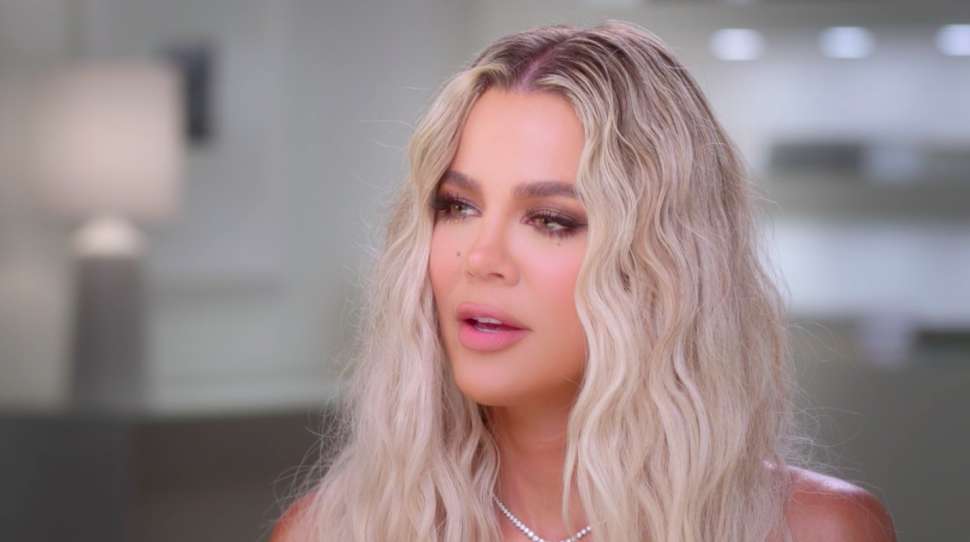 The Kardashians have cut right to the heart of the season in the premiere episode of season 2 of their self-titled Hulu series. In the first episode, which dropped on Thursday at midnight, fans got the chance to get all of the details surrounding Khloe Kardashian’s second child with Tristan Thompson.

Season 1 ended with Khloe finding out the shocking news that Tristan was having a baby with another woman. In the season 2 premiere, she shares that during that recorded phone conversation with her sister Kim Kardashian, she shared that she’d had an embryo transfer just days before the news broke in the hopes of welcoming a second child via surrogate.

Noting that she “wasn’t ready” to talk about the situation at the time, Khloe decides to rip off the Band-Aid and dive into it all in this first episode, which jumps ahead in time past the rest of the season.

“It’s such a dark cloud around something that’s supposed to be so joyous,” Khloe says, seemingly feeling disconnected throughout most of the episode.

“I was definitely very angry, and I think feeling bamboozled,” Khloe adds of her ex. “All I know is I was being encouraged to do [the embryo transfer] by a certain date.”

Khloe goes on to claim that Tristan knew that he was having a baby with Maralee Nichols while he was urging Khloe to move forward with the surrogacy process.

“In hindsight, he always knew when the other baby was being born, and especially getting the paperwork that we saw,” she says. “He found out July 2, so he did know.”

The way the timeline played out, Khloe says, “We did an embryo transfer like days before Thanksgiving, and I found out about Tristan’s situation the first week of December.”

Khloe admits to being self-conscious about people making assumptions about the baby’s conception.

Khloe’s younger sister, Kylie Jenner, calls Tristan’s actions “really unforgivable,” while the rest of the family is eager to support Khloe during the difficult time.

In the episode we see Khloe struggling to come to terms with the fact that she’s having another baby with Tristan in such chaotic circumstances yet again. She recalls the 2018 birth of their daughter, True Thompson, saying that the stress of her situation with Tristan caused her to go into early labor.

“When I had True, I found out 48 hours before she was born that Tristan was cheating on me, and then I went into labor weeks early because I was so stressed out,” Khloe says.

Khloe spends much of the episode trying to keep the news of her second child a secret while also coming to terms with the situation.

“Oh, I’m very scared. It’s very scary. I think I’m probably not emotionally equipped. I have to brace myself because I know what’s coming,” Khloe says of the news getting out. “I don’t think kids should be talked about in that way, and you just want to protect this innocent being that had nothing to do with this and I just don’t want any of that energy around my kids.”

As time draws near, Khloe begins to open up more, allowing herself to go baby shopping with her mom, Kris Jenner, and letting her family throw her an intimate lion-themed baby shower.

She reveals that she’s planning to give her son a “T” name, to match True, though she does not share the name in the episode, later jokingly calling the baby boy “no-name Johnson.”

Finally, it’s time for the baby to arrive and Kim joins Khloe at the hospital, filming with her phone. The little guy is immediately placed in his mom’s arms and she cradles him close.

“Now that my son is here, I get to move on, and I get to enjoy,” Khloe shares. “It’s almost like I get to close that chapter and be done with this trauma and put it behind me.”

Khloe also makes the decision to allow Tristan to come to the hospital to meet his son, which Kim had encouraged.

“I’ve been on the fence about having Tristan come to the hospital or not,” Khloe admits. “But Tristan wants to be here so I just figured why not let him come. I’ll never get this moment back.”

She lets her ex hold their baby boy and he comments on how much the little guy looks like his big sister.

Khloe and Tristan shared that they were expecting their second child in mid-July. The baby boy was born on July 28.

“The two aren’t together and Khloe will have the baby full time,” a source previously told ET of Khloe and Tristan, adding that “Khloe wants Tristan in both of the kids’ lives as much as he wants to be.”

Kim took to Twitter after Thursday’s episode dropped to share the family’s reasoning behind jumping forward in time to detail Khloe’s situation. The teaser at the end of the episode shows what fans can expect for the rest of the season.

“And now flashback to the rest of the season… we didn’t wanna make you wait til the end for this episode,” Kim tweeted.

As for Khloe, she responded to several supportive fans online, but opted not to live tweet the premiere. After one fan told her she was allowed to take the night off Twitter, she replied, “Yeah I think I’m going to,” with hiding and confused face emojis, adding, “but man I miss you guys.”

The Kardashians streams on Thursdays on Hulu.