‘That’s what girls do’: Elizabeth Warren tells young girls why she’s running for president, with a pinky promise 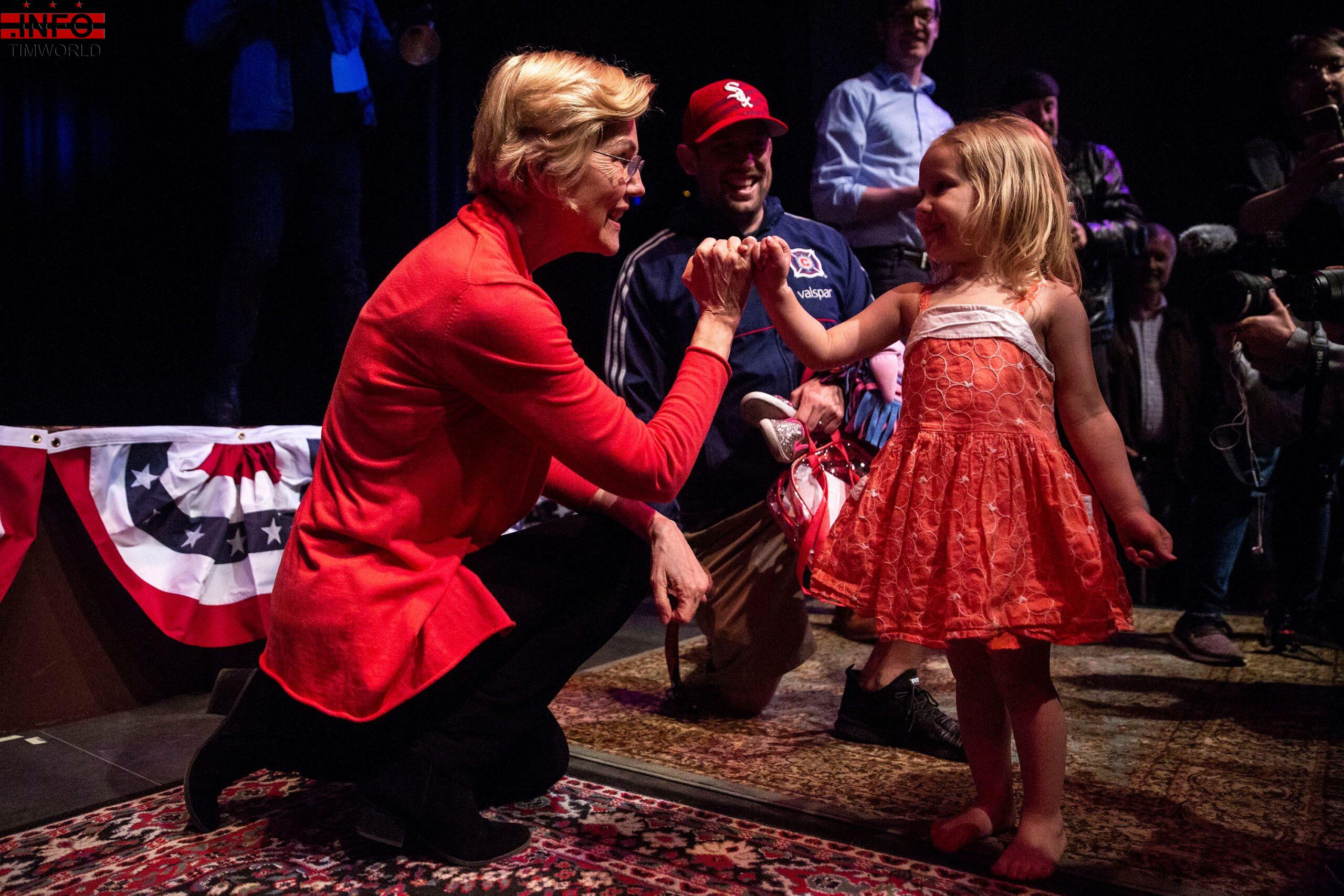 Like others before her, the 12-year-old from Ames was waiting to shake the hand of Sen. Elizabeth Warren and take a photo next to her.

The highly organized photo line is a trademark piece of Warren’s campaign events in Iowa. But the girl’s encounter with the Democratic presidential candidate would be different.

Sure, there was a photo, a handshake and a smile. But then Warren looked her in the eye and said: “My name is Elizabeth and I’m running for president, because that’s what girls do.”

The senator then locked Elizabeth’s pinky with her own and asked that she’d promise to remember.

The moment lasted fewer than 20 seconds, but it’s something the young Iowan says she’ll remember for a long time.

The ritual, and the pinky promise, is what Warren repeats with every young girl who comes to campaign events and waits in the photo line.

Her campaign estimates Warren has taken 5,000 photos with supporters since her first trip to Iowa in early January. One or two pinky promises are made at each event.

The tradition started when Warren ran for the Senate in 2012. Supporters encouraged her to run, but told her it was unlikely a woman would be elected senator – or even, governor – of Massachusetts for at least a decade, Warren says.

“There was lots of coverage of my clothes, and my voice, and my hair and lots of comparisons to the woman who had lost (before her). And I just stayed after it,” she told reporters after a meet and greet in Clinton last month. “And mostly worked hard to make every day count and that’s how I ended up talking with every little girl I got a chance to.”

To keep herself going through the rough campaign, Warren would count those pinky promises, she said. She eventually went on to beat the incumbent, Republican Sen. Scott Brown, by 7.5 points.

“It matters a lot to me that little girls see themselves as future presidents of the United States,” she told reporters after a meet and greet in Osage, Iowa, on Saturday.

More: Elizabeth Warren: Send executives to jail for their role in the opioid epidemic

That type of interaction normalizes women running for president and makes it achievable, said Karen Kedrowski, director of the Carrie Chapman Catt Center for Women in Politics at Iowa State University.

Research shows that women and people of color are more likely to run for office when they see others who look like them run, she said. A historic six women are vying for the Democratic nomination in the 2020 cycle — the first presidential election since Hillary Clinton became the first female nominee.

“It’s also a powerful message for other people around them because it normalizes this for everyone who would be within earshot,” Kedrowski said of Warren’s pinky promises. “And it’s a powerful message to adults that this isn’t something weird or odd and that she shouldn’t be judged first as a woman and second as a candidate, but as a candidate first with positions and a record and experience and a resume.”

In Cedar Rapids last month, Warren made the pinky promise with Emmeline Warbasse after twirling the 3-year-old around while her father looked on. Matthew Warbasse, who has yet to decide for whom he’ll caucus, said he plans to take Emmeline and her 16-year-old sister, Lillian, to see every female candidate who visits eastern Iowa.

Interactive guide: Get to know the candidates running for president

“To see a woman in that position is something they can aspire to someday,” he said. “The more our executive branch looks like a meritocracy, the more it becomes a self-fulfilling thing where we have more women or people who are not white see themselves as having a valuable voice that’s worthy of listening to.”

Warren rarely speaks about her gender while campaigning in Iowa, except when asked a question. Even then, the senator has a knack for redirecting the conversation back to her ideas-based campaign.

When asked by an audience member in Marshalltown whether she can beat President Donald Trump, Warren spoke about her work as a private citizen establishing the Consumer Financial Protection Bureau and, later, coming from behind 17 points to win Brown’s senate seat.

She said she would do the same to become the Democratic nominee – and, eventually, beat Trump – by getting organized, fighting for working people and building a grassroots movement focused on rebuilding the middle class.

“And that is how I’m going to be the first woman elected president of the United States,” she said. It’s a line she’s only said a few of times in Iowa, but when she says it, it gets huge response.

In Cedar Rapids, when a supporter wearing a “Mt. Nasty” T-shirt — an homage to Mount Rushmore but with the faces of Clinton, Ruth Bader Ginsburg, Warren and Michelle Obama — asked what she’d do for women in her first 100 days in office, Warren replied: “Can we just start with what the impact would be on women to have a woman in the White House?”

Later during that swing through the state, a reporter asked Warren if she was ever sick of talking about her gender, given her campaign’s focus on policy.

“What matters are the things that touch people and right now I think the things that people are beginning to get an idea of is that we can make real structural change in this country to get rid of student loan debt for tens of millions of people, to make universal child care available for all of our babies — the kinds of things that would be life-altering,” she said in Clinton.

“That’s where I think the conversation is going. And it’s exciting to be a part of it.”

Meanwhile, Elizabeth Duncan, the 12-year-old from Ames, said she will continue to follow Warren’s run for president and use the senator’s positions to influence the papers on gender equality and the Electoral College she writes for school.

“I just think she’s so strong and powerful,” she said. “She’s definitely a role model for girls like me.”