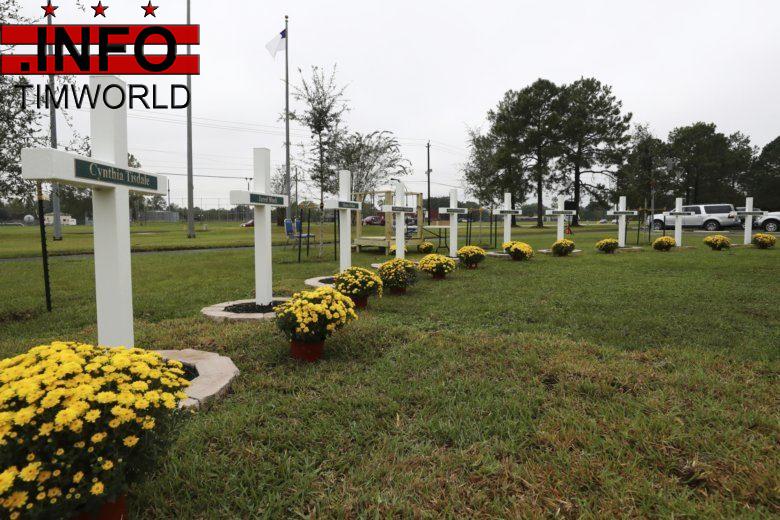 AUSTIN, Texas (AP) — Nearly a year after a mass shooting at a Texas high school in which eight students and two substitute teachers were killed, lawmakers in the gun-friendly state are close to passing new measures that they say would harden campuses by adding more armed school personnel, beefing up security plans and boosting student mental health resources.

As for restricting gun sales or access to weapons, there’s likely no chance of that happening in a state where the Republican leadership has long pledged to protect gun rights. Texas allows the licensed carry of handguns and the unlicensed open carry of long guns, such as assault-style rifles.

“We can make soft targets harder for a person with violent intent to get to, and we can try to find these people earlier, but in Texas leaders are loath to touch the guns themselves,” said Cal Jillson, political science professor at Southern Methodist University. “It’s part of the broad Texas ethos, the Texas image, this sort of cowboy image from history.”

Texas isn’t alone in its push to arm more educators. Florida lawmakers approved increasing the number of armed teachers in response to the February 2018 shooting at Marjory Stoneman Douglas high school in Parkland that killed 17.

The changes being pushed in Texas include several measures proposed by Gov. Greg Abbott shortly after the May 2018 killings at Santa Fe High School near Houston. The current Texas legislative session is the first for state lawmakers since that event, and Abbott declared school safety one of his top priorities. The session ends May 27.

“No student should be afraid to go to school,” Abbott said. “No parent should be fearful when dropping their child off at school.”

Senators have also passed a sweeping campus safety bill designed to get more mental health counselors into schools and to create “threat assessment teams” that would help identify potentially dangerous students before they act. School districts would also be required to draft campus emergency plans that would be filed with the state.

While those initiatives have widespread bipartisan support, the efforts to arm more school personnel have faced more resistance.

The state Senate has passed bills that would rapidly expand the school marshal program, which trains teachers and other school personnel to carry weapons and let them keep their weapons on them at all times instead of locking them in a safe away from students. Another measure would protect school marshals from liability lawsuits for “reasonable action” taken to maintain student safety.

Teachers groups and gun control activists worry that more guns in classrooms, even concealed weapons, will lead to potentially lethal accidents. Critics have also suggested that it could lead to more violence against African American students because of inherent biases.

“I have this terrible picture in my head of lots of school marshals walking around with firearms,” said Gyl Swizter, the executive director of Texas Gun Sense, who said she is one of Texas’ more than 1.35 million handgun license holders. “I don’t think that’s a good place to be.”

Gun rights advocates say the marshals will save lives.

The Texas school marshal program was created shortly after the 2012 shooting at Sandy Hook Elementary School in Newtown, Connecticut, but was slow to take hold. Schools are not required to have armed marshals and many larger districts employ their own police or contract with local law enforcement.

Texas had less than 40 certified school marshals across more than 1,000 public school districts in early 2018. Applications rose sharply after the Santa Fe school shooting and the number of school marshals is now close to 200. Marshals receive 80 hours of training, including practice in “live shooter” scenarios.

The state Senate voted to eliminate a provision that limit marshals to one per 200 students or one per building, and to allow them to carry their concealed weapons near students.

If a shooting starts and the marshal’s gun “is in a locked box on the other side of school, it might as well not even be on campus,” said Jerry Patterson, the former state legislator who authored Texas’ license to carry handguns law in 1997.

“A firearm that is not employable has no value,” Patterson said. “You have no school marshal program if the gun is locked up in a safe.”

This story has been altered to correct the spelling of Marjory Stoneman Douglas’ first name, which had been misspelled “Marjorie.”