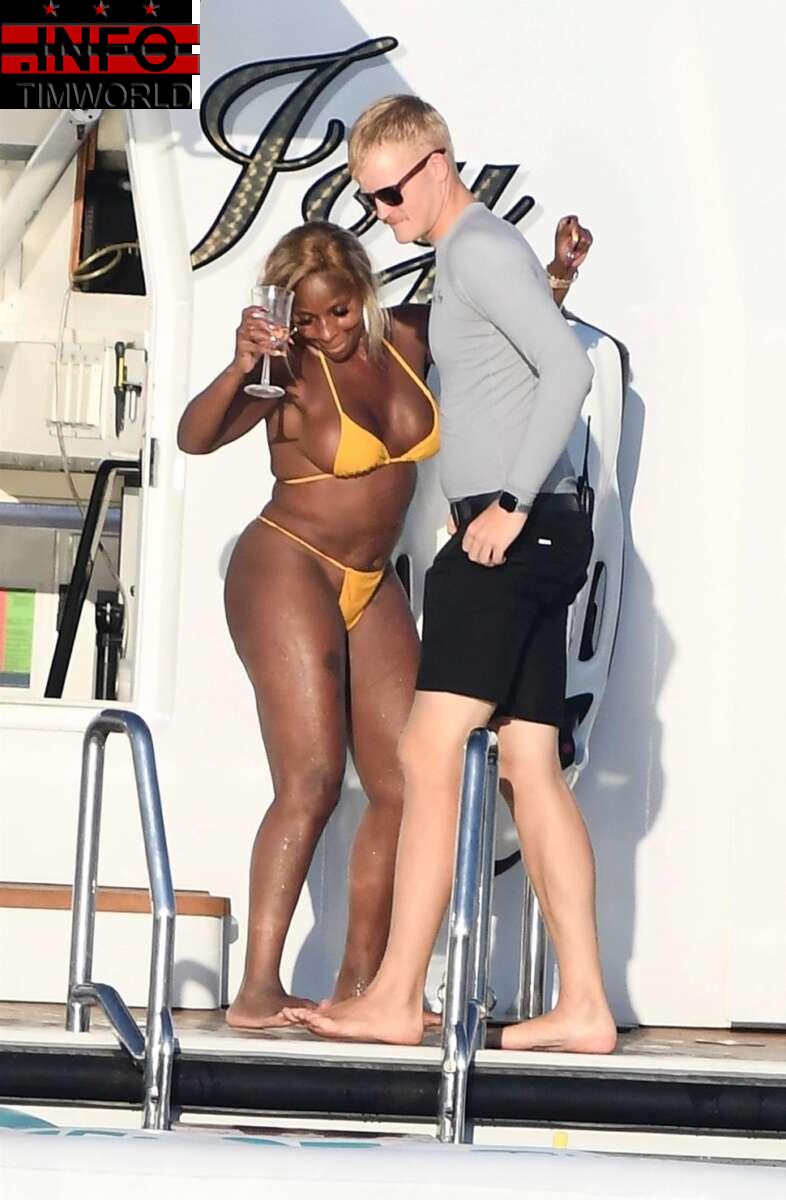 Living their best lives! Taraji P. Henson and Mary J. Blige are having a ton of fun on vacation in Italy.

The Empire alum and the music icon were living it up on a yacht off the coast of Porto Cervo in Sardinia on Thursday, basking in the warm sun and splashing in the temperate Mediterranean Sea.

The Hollywood icons appeared to be having a great time as they talked, drank and sang together. The pair were photographed on the yacht, where a yellow-bikini-clad Blige appeared to dance with a crew member while holding a glass of wine.

The pair also spent some time in an inflatable raft that bobbed up and down in the idyllic waters of the Italian coastal village.

It appears the duo — who have been friends for well over a decade — passed the time talking and singing as they soaked up the sun.

The yacht’s crew also made sure to attend to the star’s various needs — including refilling their wine with a top-off upon request, because you don’t want to waste any good wine-drinking time when you’re aboard a yacht in Italy.

The pair have been close friends since working together on 2009’s I Can Do Bad All By Myself, and Blige was among the select group of famous friends who shared some words about Henson when she was honored with a star on the Hollywood Walk of Fame in 2019.