Suspects in Colorado school shooting due back in court 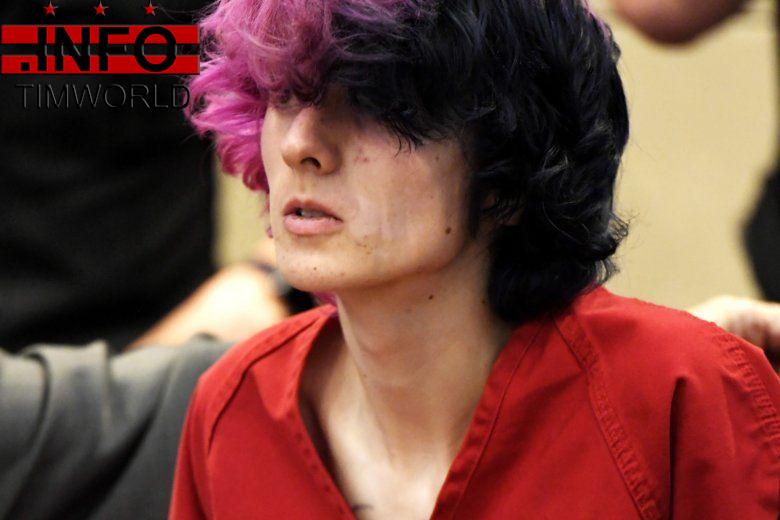 DENVER (AP) — Both suspects in a suburban Denver school shooting are due back in court Friday as prosecutors file charges in the attack that killed a student and wounded eight others.

The district attorney’s office also is expected to decide whether the younger suspect will be charged as an adult in Tuesday’s shooting.

Kendrick Castillo, the 18-year-old senior killed during the shooting, and two classmates at the STEM School Highlands Ranch have been credited with helping thwart the attack by charging at one of the shooters when he entered a classroom. Authorities have said an armed private security guard restrained the second shooter.

Authorities have identified the suspects as 18-year-old Devon Erickson and 16-year-old Maya McKinney, whose attorney has said uses male pronouns and the name Alec. They have been in jail since Tuesday on suspicion of murder and attempted murder and made their first court appearances Wednesday.

District attorney George Brauchler plans to file formal charges and decide whether to charge McKinney as an adult by Friday’s hearings. Colorado law permits prosecutors to file adult charges of serious felonies against 16- and 17-year-olds without prior approval from a judge.

The two students allegedly walked into their school with handguns and opened fire in two classrooms. Investigators have offered no immediate motive and refused to discuss how the students obtained the weapons.

The Colorado attack unfolded nearly three weeks after neighboring Littleton marked the anniversary of the Columbine attack that killed 13 people. The two schools are separated by about 7 miles (11 kilometers) in adjacent communities south of Denver.

Friends remembered Castillo this week as funny, smart and modest and expressed no surprise that he protected his classmates. Castillo, a member of the school’s robotics club who loved to tinker with his own projects, was set to graduate days after he was killed.

Details about the armed school security guard who subdued the second suspect also emerged this week. The man’s employer, Boss High Level Protection, was contracted to guard the charter school that about 1,800 students attend.

The guard, whose name has not been released, fired his weapon inside the school during the response to the shooting, a law enforcement official with knowledge of the case told The Associated Press on Thursday. Two news organizations citing anonymous sources reported that authorities are investigating whether the guard mistakenly fired at a responding sheriff’s deputy and may have wounded a student.

The law enforcement official spoke to The Associated Press on condition of anonymity because the official was not authorized to make information public. The official did not address whether anyone was hit by the security guard’s firing.

An attorney for the guard declined to directly answer questions Thursday about the media reports but said his client helped prevent any further bloodshed at the school. The security guard is a former Marine and previously worked for the Jefferson County Sheriff’s Office, attorney Robert Burk said.

“He ran there as quick as he could and took what I think is decisive action that helped save lives,” Burk said.