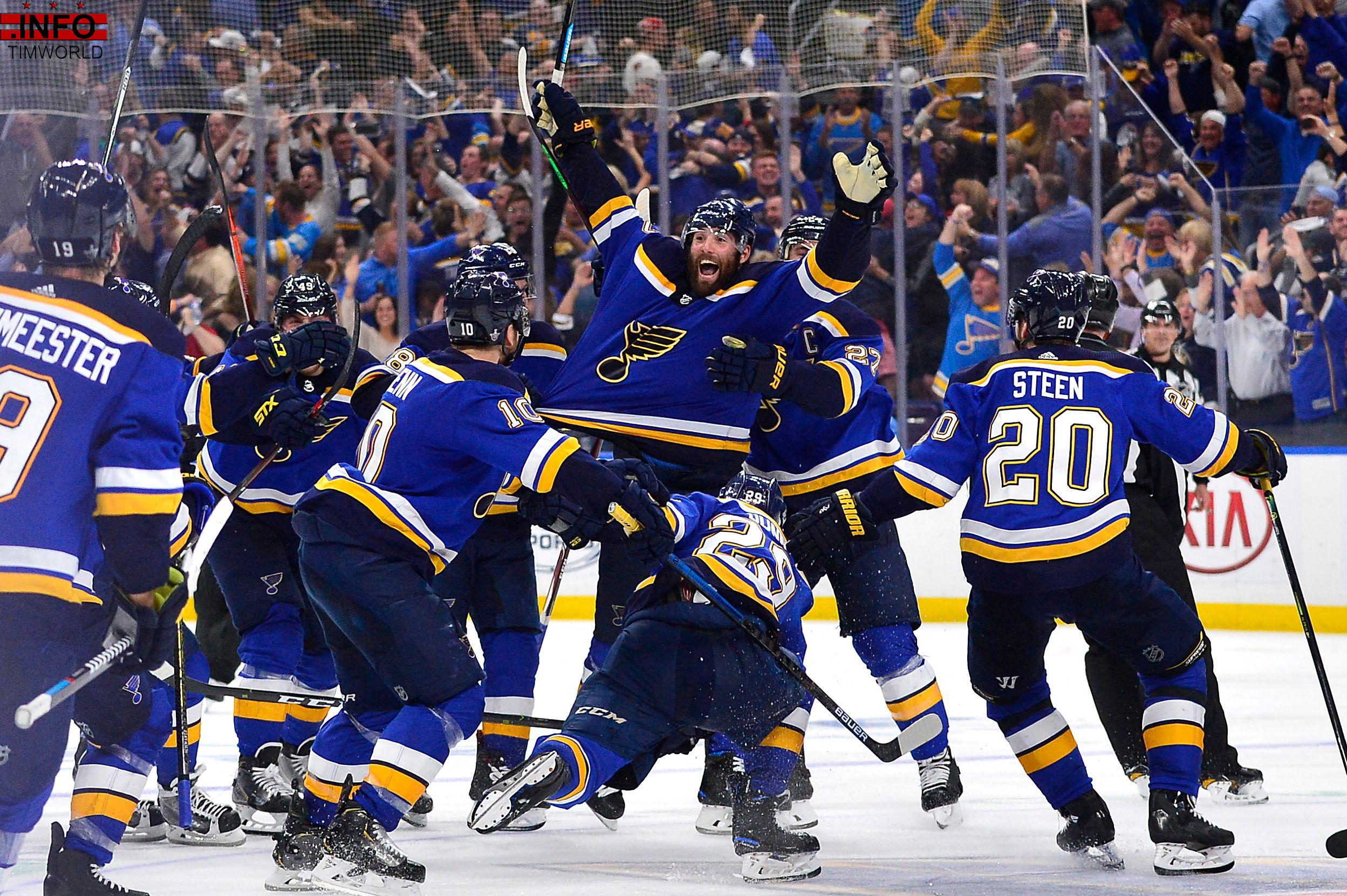 The St. Louis Blues were in last place in the 31-team NHL on Jan. 2. Today, they are four wins away from reaching the Stanley Cup Final for the first time in 49 years.

The Blues showed in their rousing 2-1 double-overtime win in Game 7 against the Dallas Stars that this may be the best chance the franchise has ever had to win a Stanley Cup.

To earn their place in the Western Conference final against either the San Jose Sharks or Colorado Avalanche, the Blues had to overcome a 52-save performance by Dallas goalie Ben Bishop.

Gritty role player Patrick Maroon, a St. Louis native, scored the winner at 5:50 of double-overtime. This could have been the most entertaining game of the playoffs. Tension. Drama. Memorable plays and saves. Good TV.

“It doesn’t get better than that – a Game 7 double-overtime goal in your hometown,” said Robert Thomas, who assisted on the game-winner.

Do or die. Pat Maroon chooses do. #stlblues#WeAllBleedBluepic.twitter.com/4GrlkFzXkQ

Bishop was so spectacular he could have beat almost anyone on this night. But he couldn’t beat a Blues team that controlled the puck for most of the game.

In the second and third period, the Blues outshot Dallas 31-4. But Bishop kept thwarting them. He made 47 consecutive saves before Maroon tapped one in the net.

“That’s the story of our season,” Thomas said. “We keep battling.”

The Blues have the look of a team of destiny. Early in the season, they played poorly enough that it seemed possible they might embrace a mini-rebuild. But coach Craig Berube took over in November, and after an adjustment period, the Blues began to play like one of the league’s best teams.

Getting to the conference finals is big for St. Louis. After being swept by the Boston Bruins in the 1970 Stanley Cup Final, the Blues only advanced to the NHL’s final four on four other occasions before this year.

Optimism in St. Louis should be high for this trip to the Western final because numerous upsets have created a wide-open tournament.

The Blues seem to have the grit, goaltending and goal-scoring necessary to make a serious run. Rookie Jordan Binnington was a primary reason why the Blues were among the NHL’s top teams in the second half. While Bishop’s performance was more memorable, Binnington’s patience and poise in net in his first Game 7 was equally impressive. Bishop is known for his puck-handling, but Binnington’s puck-handing undermined the Dallas forecheck in this Game 7.

The Blues are playing the edgy, defensively-stingy style that often wins a Stanley Cup. When you look at who’s still alive in the playoffs, there’s no one there that the Blues should be intimidated by.

These St. Louis players also believe in each other. Maroon said after the game that the Blues expected to win. Confidence is crucial for a contender.

Said Thomas: “We went through some tough times and that brought us together.”