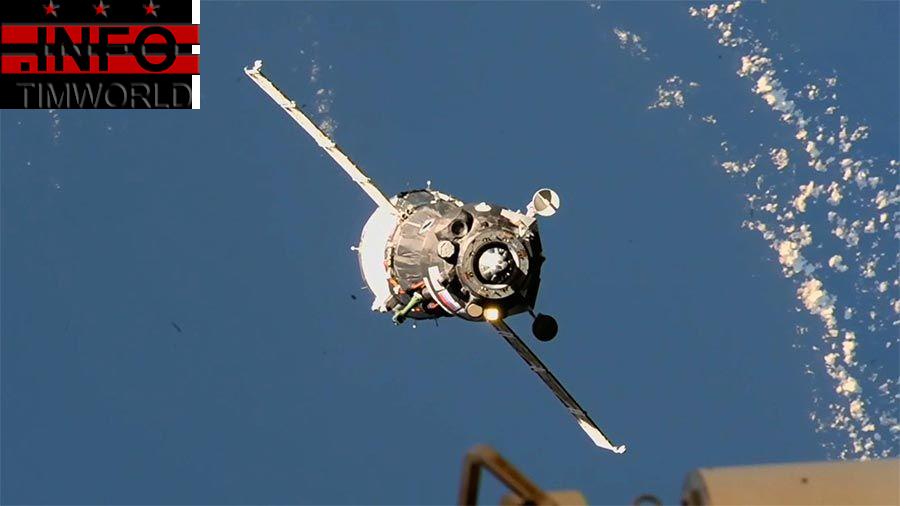 The Soyuz MS-22 crew ship approaches the space station above the Mediterranean Sea with three new crew members for a docking to the Rassvet module. Credit: NASA

Roscosmos cosmonauts Sergey Prokopyev, Dmitriy Petelin, and NASA astronaut Frank Rubio launched on the Soyuz MS-22 spacecraft atop a Soyuz 2.1a rocket from the Baikonur Cosmodrome in Kazakhstan on September 21, 2022. Following a two-orbit rendezvous, the trio docked to the Rassvet module of the International Space Station where they will complete a six-month stay aboard the orbital outpost. Credit: NASA

International Space Station Configuration as of September 21, 2022. Five spaceships are docked at the space station including the SpaceX Crew Dragon Freedom and Russia’s Soyuz MS-21 and MS-22 crew ships and the Progress 80 and 81 resupply ships. Credit: NASA

On September 29, the Soyuz MS-21 spacecraft, which is currently docked at the space station, is scheduled to undock from the orbiting laboratory and carry Roscosmos cosmonauts Oleg Artemyev, Denis Matveev, and Sergey Korsakov back to Earth. They will make a parachute-assisted landing on the Kazakh steppe.

Expedition 67 astronauts Bob Hines, Kjell Lindgren, and Jessica Watkins of NASA and astronaut Samantha Cristoforetti of ESA (European Space Agency) have been aboard since arriving on April 27, 2022, on the SpaceX Dragon Freedom. Freedom and its crew are currently scheduled to return to Earth in early-to-mid October.