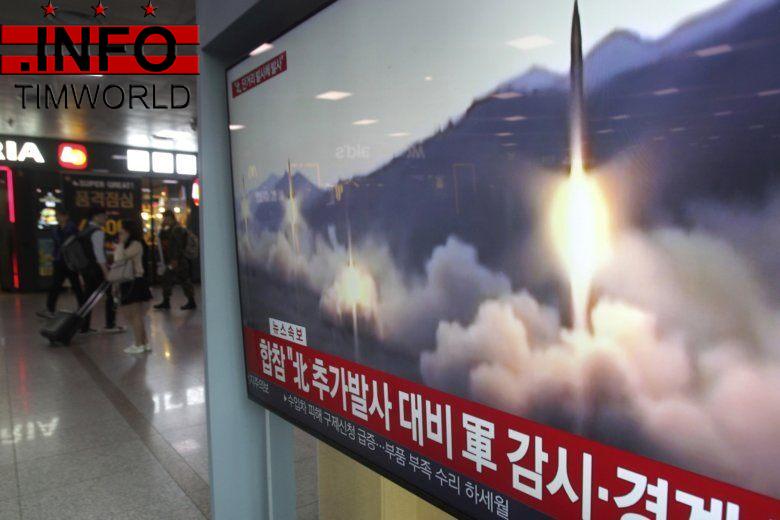 SEOUL, South Korea (AP) — North Korea on Thursday fired at least one unidentified projectile from the country’s western area, South Korea’s military said, the second such launch in the last five days and a possible warning that nuclear disarmament talks could be in danger.

The South’s Joint Chiefs of Staff had no other immediate details, and it wasn’t clear what the North had fired. But some analysts have said that if the North returns to the kind of longer-range banned weapons that it tested in 2017, when many feared a Washington-Pyongyang standoff could end in war, it will be a strong sign that a frustrated North Korea is turning away from diplomacy.

Longer-range ballistic missile tests, banned by the United Nations and seen as threatening by surrounding countries, would likely result in more sanctions.

The launch came hours after the North through its state media described its firing of rocket artillery and an apparent short-range ballistic missile on Saturday as a regular and defensive military exercise and ridiculed South Korea for criticizing the launches.

Watch and Learn: How the Brain Gains Knowledge Through Observation
For ‘Breakthrough’ star, a chance to keep heritage on-screen
Groups bringing national reparations debate to Detroit