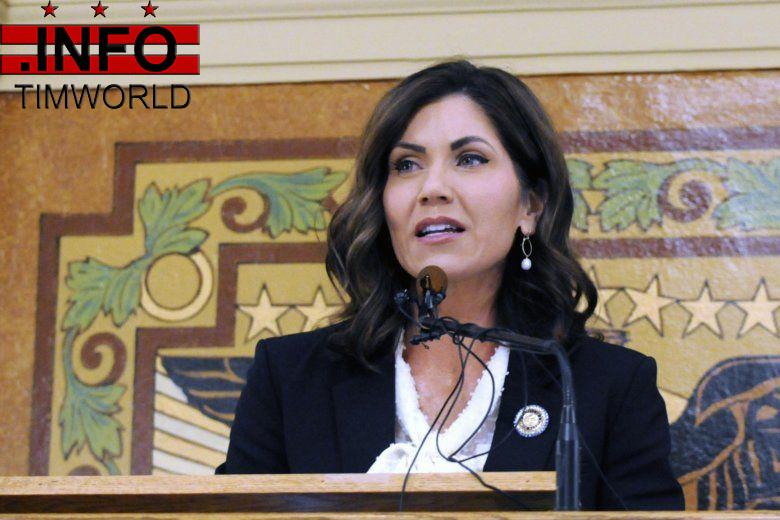 BISMARCK, N.D. (AP) — The Oglala Sioux and South Dakota Gov. Kristi Noem are each waiting for the other side to make a move to resolve a disagreement over anti-protest legislation that led to the tribe banning the governor from one of the largest reservations in the country.

The legislation aims to prevent costly and disruptive protests against the proposed Keystone XL pipeline similar to those that plagued construction of the Dakota Access pipeline in North Dakota. The Tribal Council on May 1 voted 17-0 to tell Noem she’s no longer welcome on the Pine Ridge Reservation, and President Julian Bear Runner informed her by letter the following day “that you are not welcome to visit our homelands.”

Noem said she wants to resolve the situation quickly and that she’s having “ongoing discussions” with council members who reached out to her. But she hadn’t yet spoken with Bear Runner, who she said would be welcome to visit her any time.

“I’m hoping that the president will change his mind and be willing to work with me to help face some of the challenges that the tribe has — dealing with economic development, the meth epidemic, some of the resources that they’ve asked me for,” she said.

Bear Runner’s spokesman Chase Iron Eyes said the president would be willing to meet with Noem, though “who will make the first move, that remains to be seen.”

The two bills that Noem and GOP leaders pushed through toward the end of the legislative session in March allow officials to pursue money from demonstrators who engage in “riot boosting” or encouraging violence during a protest.

Activists and American Indian tribes have been planning on-the-ground protests against the Keystone XL pipeline if it’s built, similar to Dakota Access pipeline demonstrations in North Dakota in 2016 and 2017 that resulted in 761 arrests over six months and cost the state $38 million to police.

“I gave my team the direction to build a plan that would protect our counties and local governments from expenses that come with pipeline construction and to protect our people from the costs and dangers that accompany violent riots,” Noem said of the legislation.

The American Civil Liberties Union and tribes contend the anti-riot law stifles free speech, and the ACLU is suing Noem, Attorney General Jason Ravnsborg and a county sheriff in federal court on behalf of activists.

The Oglala Sioux is not a plaintiff but it opposes the pipeline that TC Energy wants to build to move Canadian crude through Montana and South Dakota to Nebraska, where it would connect with lines to Gulf Coast refineries. The $8 billion project has the backing of President Donald Trump but is being fought by opponents in the courts.

“They want a better way,” he said. “They don’t want a government that isn’t thinking intelligently about impending ecological and existential crises.”

Noem said she has talked to people on the reservation who want to continue working with the state.

“What I hear from community members and other local leaders is very different than the agenda that the president has put out there,” she said.

Bear Runner’s letter told Noem that if she ignores the tribal edict “we will have no choice but to banish you” from the reservation, which is roughly the size of Delaware and Rhode Island combined. Banishment is a formal tribal process in which a person can be barred permanently from the reservation after being given due process. Violations can result in fines or even jail time, but Iron Eyes said the tribe’s goal is to show its unhappiness with Noem, not banish her.

“Talks have not been cut off with the governor,” he said. “She is more than welcome to contact anyone.”