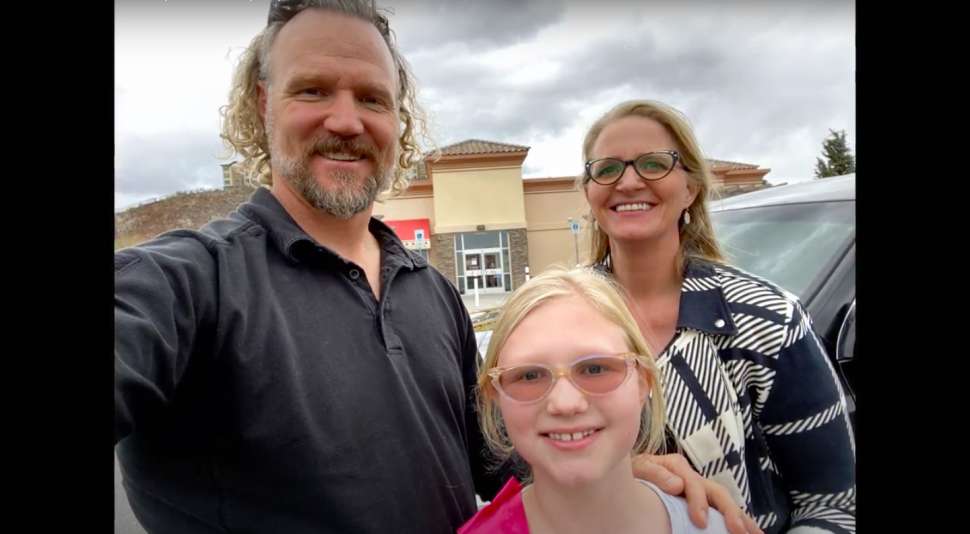 Christine Brown is devastated after making a major mistake on Sunday’s episode of Sister Wives. After speaking with her ex, Kody Brown, earlier in the episode about telling their youngest daughter, Truely, about their split and Christine’s plans to move to Utah, the co-parents agreed to wait to tell their 12-year-old together.

“I’m in a state of denial, and I don’t want to tell Truely yet,” Kody admits.

Meanwhile, Christine tells her ex that she would have told their daughter “months ago” noting that her other biological children know.

“I want to play nice, and I want to play fair because we need to be a team,” Christine explains in an aside interview. “We’re going to move forward and co-parent Truely for the rest of her life.”

Unfortunately, Christine accidentally lets slip her plans to move when she is on the phone with her older daughter, Mykelti. Mykelti, who had her first child during a recent episode of the show, expresses that she was excited for her mom to move closer to her in Utah from their current home in Flagstaff, Arizona. Christine replies that she too is excited to move and Truely gasps overhearing the news.

The conversation between Christine and Truely is not shown on camera to protect Truely’s privacy, but Christine tearfully recounts it shortly after.

“That was the worst conversation of my life,” a tearful Christine says in a video confessional. “I knew that she hadn’t quite clocked that I was leaving Kody… I said, ‘It’s just you and I that are moving. It’s just the two of us.'”

She describes her daughter’s face as “so heartbroken,” and tells Truely that she and Kody are “already divorced.” Christine explains that because she was never legally married to Kody, just spiritually, there’s no official document ending their marriage. So she decided in the moment that she was officially divorced from him.

“I just wanted her to see that it was already done and already a done deal,” Christine explains. “I have just said the hardest thing to my little girl and I don’t know what else to say. I don’t know what’s going to make it better. I just know that I’m going to remember this moment for the rest of my life as the day I broke Truely’s heart.”

She adds that even though she knows the breakup is the “right thing to do,” it was still “awful” to have to tell her daughter.

“I feel like a pretty cruddy mom today,” Christine admits.

Christine is excited to take Truely with her to Utah, where several of her older children live.

“That’s what I want to give her for the rest of her life, to just be surrounded and enveloped in love,” Christine says. “And I can get that for her in a couple of months.”

Kody, however, feels that Christine is unfairly portraying him to his children.

“I want a relationship with my children, especially those that are young and vulnerable,” he says. “So this is like following a narrative. She sets Truely up with, ‘Well, Dad’s never here anyway, right?’ So if my relationship is bad with my younger children, it’s not always my fault. It’s that I haven’t had a mother who’s been willing to actually help them. And Christine here, needing excuses to be able to leave, has been setting things up, I feel like, for a very long time to be able to justify this for her children.”

Christine and Kody publicly announced their split after 25 years of marriage in November 2021. They share six biological children.

Queen Elizabeth II Has ‘No Plans’ to Retire When She Turns 95, Royals Rep Says
Robin Thicke Pays Tribute to Late Father Alan Thicke on the Anniversary of His Death