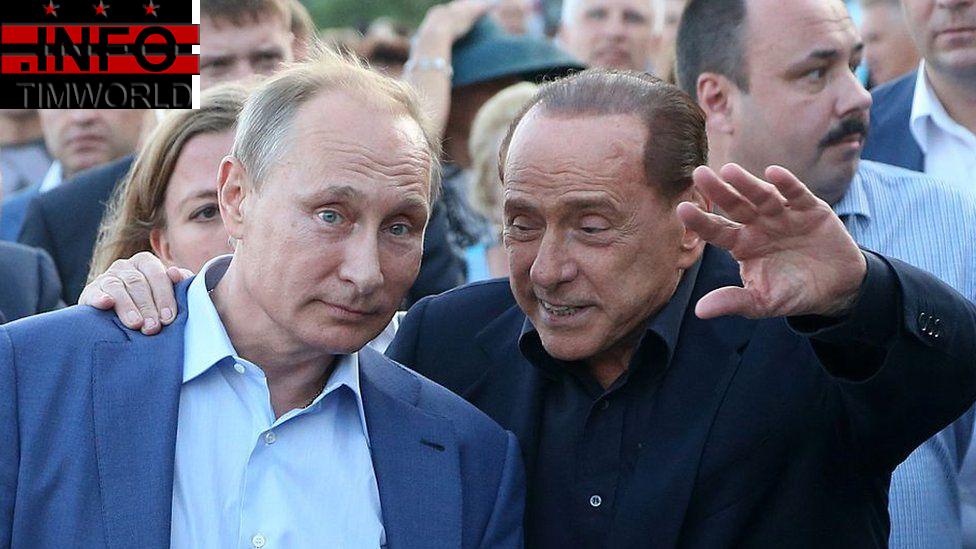 The 85-year-old said Russian troops were meant to replace the government with “decent people” then leave.

The three-time Italian PM is a long-term ally of the Russian president.

This weekend his party is expected to take power as part of a right-wing coalition in a general election in Italy.

A narrative alleging the Ukrainian government was slaughtering Russian speakers in the east of the country was created by the media in Moscow, Mr Berlusconi told Italian TV.

He said the reporting, pushed by separatist forces and nationalist politicians in the Russian government, had left Mr Putin with no choice but to launch a limited invasion.

“Putin was pushed by the Russian population, by his party and by his ministers to invent this special operation,” he said.

“The troops were supposed to enter, reach Kyiv in a week, replace the Zelensky government with decent people and a week later come back,” Mr Berlusconi added.

“Instead they found an unexpected resistance, which was then fed by arms of all kinds from the West.”

Opposition leaders were quick to condemn Mr Berlusconi’s comments, with Centrist Party leader Carlo Calenda accusing him of speaking “like a Putin general”.

And Enrico Letta of the centre-left Democratic Party said the intervention proved if Sunday’s election is “favourable to the right, the happiest person would be Putin”.

But on Friday, Mr Berlusconi attempted to clarify his comments, saying his views had been “oversimplified” .

“The aggression against Ukraine is unjustifiable and unacceptable, [Forza Italia’s] position is clear. We will always be with the EU and Nato,” he said.

Mr Berlusconi has long been an admirer of Mr Putin, in 2012 joining the then-prime minister for a skiing trip in the Russian city of Sochi.

But in April, he condemned the invasion and said he was “deeply disappointed and saddened” by Mr Putin’s behaviour, adding that the “massacres of civilians in Bucha and other localities are real war crimes”.

The Forza Italia party leader is currently campaigning as part of a right-wing coalition ahead of Sunday’s general election.

His centre-right party is the junior partner of the alliance, which is anchored by Giorgia Meloni’s hard-right Brothers of Italy and Matteo Salvini’s populist Lega Nord party. Polls have suggested the bloc will win a majority.

Despite Mr Berlusconi’s past friendship with Mr Putin, and Mr Salvini’s criticism of Western sanctions on Russia, Ms Meloni, who is expected to lead any potential government, has pledged to continue Italy’s support of Ukraine.

“The war in Ukraine is the tip of the iceberg of a conflict aimed at reshaping the world order,” she said earlier this month. “So we have to fight this battle.”