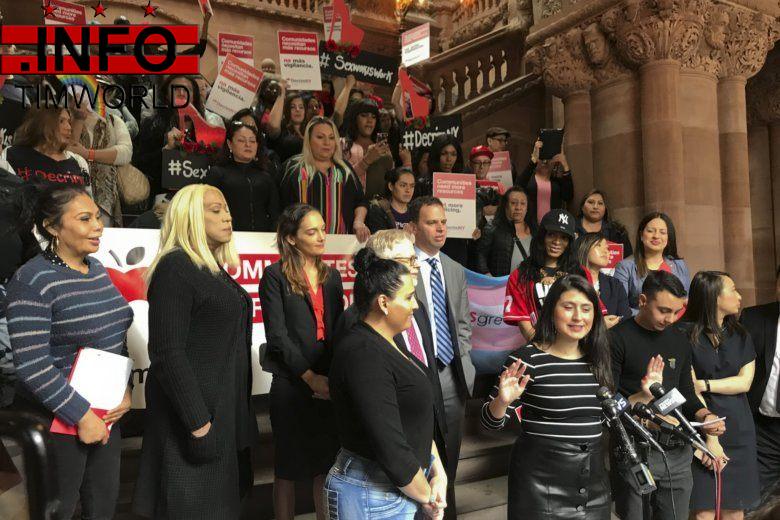 ALBANY, N.Y. (AP) — More than 100 current and former sex workers are encouraging New York lawmakers to repeal a loitering law they say police use to harass people simply for their appearance.

Members of the group spoke at a rally Tuesday in the state Capitol in Albany. They are calling for the decriminalization of prostitution and solicitation and say criminal penalties only punish and stigmatize sex workers.

They say many such workers are underage, homeless or the victims of human trafficking.

They also want lawmakers to make it easier for former sex workers and trafficking victims to expunge convictions for offenses such as trespassing or drug possession if they were forced to commit the crime by traffickers.

Neither bill has been scheduled for a vote in the Democrat-controlled Legislature.