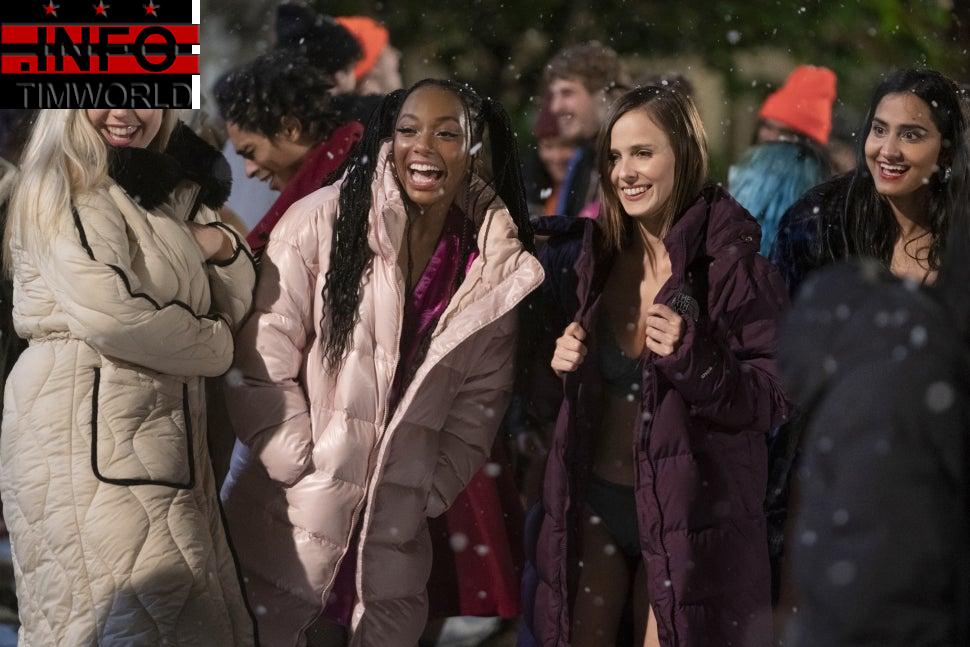 The Sex Lives of College Girls is back for more hijinks!

As part of the announcement Wednesday, the official trailer for the anticipated season offered an enticing tease at all the shenanigans that the core four — Kimberly (Pauline Chalamet), Bela (Amrit Kaur), Leighton (Renee Rapp) and Whitney (Alyah Chanelle Scott) — are about to endure as the new semester at Essex College kicks off.

From shirtless hunks and outrageous strip shows (you know, for climate change) to surprising hookups and sexual discoveries, the girls are in for another wild ride.

Created by Mindy Kaling and Justin Noble, the series follows four college roommates at a prestigious New England college. Season 2 picks up with the students returning after their fall break, tackling the challenges thrown their way at the end of season 1 and facing their next semester filled with new faces, parties and predicaments.

Watch the trailer below.

Kaling previewed the new season of The Sex Lives of College Girls with ET earlier this year, promising that they up the ante this year.

“It’s called The Sex Lives of College Girls for a reason and I think all four of the girls are fun and experimenting and doing lots of fun stuff,” she said in June. “There’s more heartbreak, there’s a lot more sex and there’s some really funny new characters and some new hot guys.”

Added Noble, “It’s going to be a lot of new and interesting people coming into our girls’ lives, much in the vein of other shows that are about love lives especially in this tumultuous time. It’s about new interests that are coming in, old interests coming back, the triangles that form between them. Some people exit, some people will enter, but nobody is really gone forever and there’s always a way to bring someone new back in. Lots of new romance and sex-forward stories.”