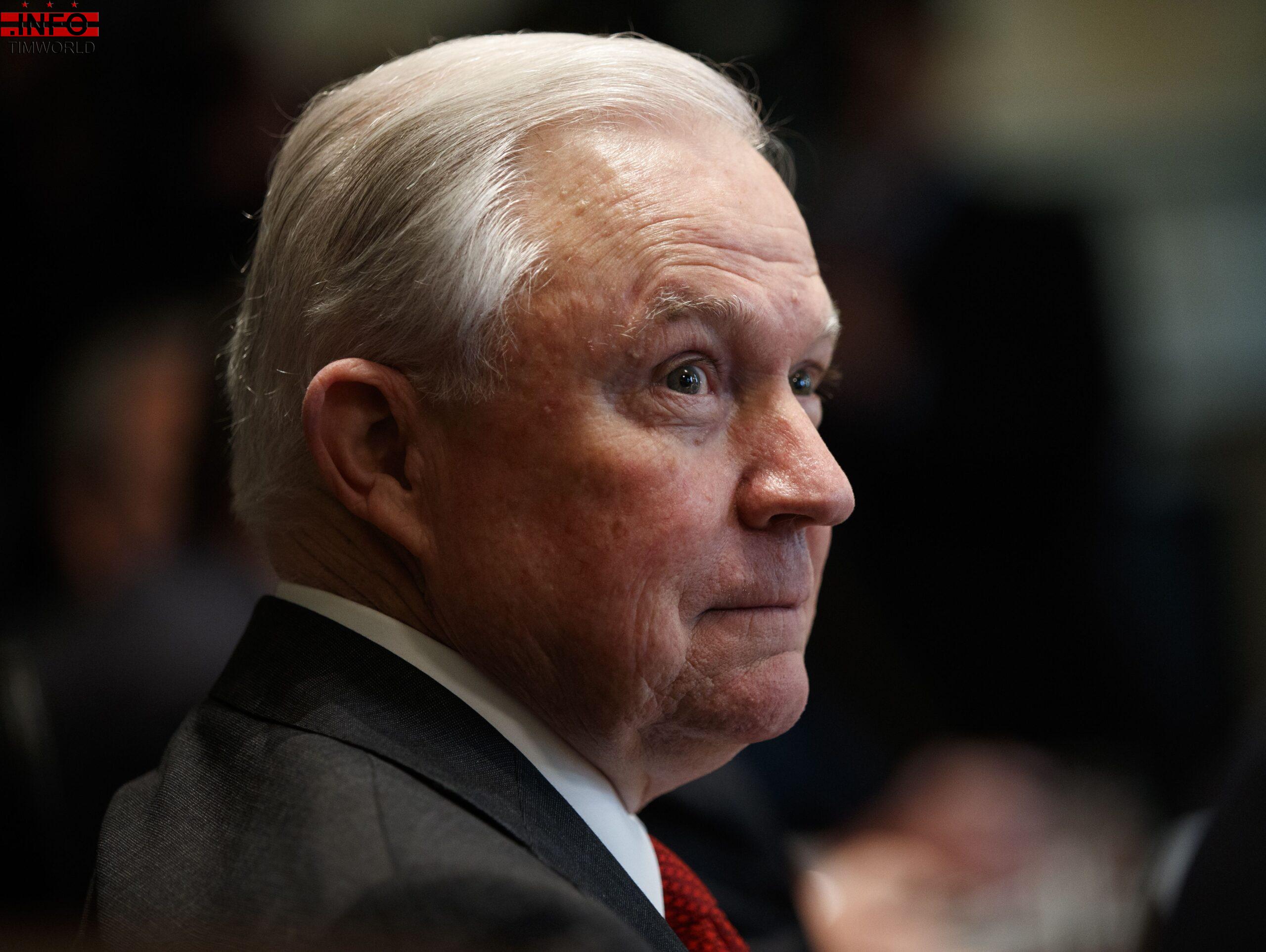 Then-Attorney General Jeff Sessions listens during a cabinet meeting with President Donald Trump in the Cabinet Room of the White House on Oct. 17, 2018, in Washington. (Photo: EVAN VUCCI, AP)

“I think spying is a perfectly good word,” Sessions said at the SALT Conference in Las Vegas, which is hosted by Anthony Scaramucci, a former member of the Trump administration’s communications team.

Last month, Barr said, without providing evidence, that Trump’s 2016 campaign was spied on and that he would be looking into the “genesis” of the investigation into ties between the campaign and Russia.

The New York Times last week published a report that a U.S. intelligence official tried to probe George Papadopoulos on possible ties between Trump’s 2016 campaign and Russia. Papadopoulos at the time was a junior foreign policy adviser to the campaign.

FBI Director Christopher Wray, however, has said he would not use “spying” to describe the bureau’s surveillance.

Sessions, who has been relatively mum about Barr and special counsel Robert Mueller’s investigation since being asked to resign last November, maintained that he believes Barr has been unbiased since taking the job.

Sessions’ comments come the same day that the president asserted executive privilege over Mueller’s unredacted report into Russia’s interference in the 2016 Whtie House race, which widened to include an inquiry into possible obstruction of justice by the president.

The House Judiciary Committee on Wednesday voted to hold Barr in contempt of Congress for not providing the entire, unredacted 448-page report on Mueller’s probe.

During his remarks Wednesday, Sessions defended the Justice Department for the nonrestrictive way it had overseen Mueller’s investigation. However, he added that the department should work with Congress.

When asked whether he would join a list of former federal prosecutors claiming Trump would have been charged with obstruction had he not been a sitting president, Sessions said he stood with Barr’s decision.

Sessions said the decision whether to charge Trump with obstruction fell to Barr to make.

“It’s his call and I respect the attorney general,” Sessions said.

In addition, Sessions weighed in on Trump’s tax return fight, which will likely head to the courts. Treasury Secretary Steven Mnuchin on Monday refused a request by Rep. Richard Neal, chairman of the House Ways and Means Committee, to gain access to Trump’s 2013-2018 tax returns.

Sessions said those running for office are not legally required to release their income tax returns.