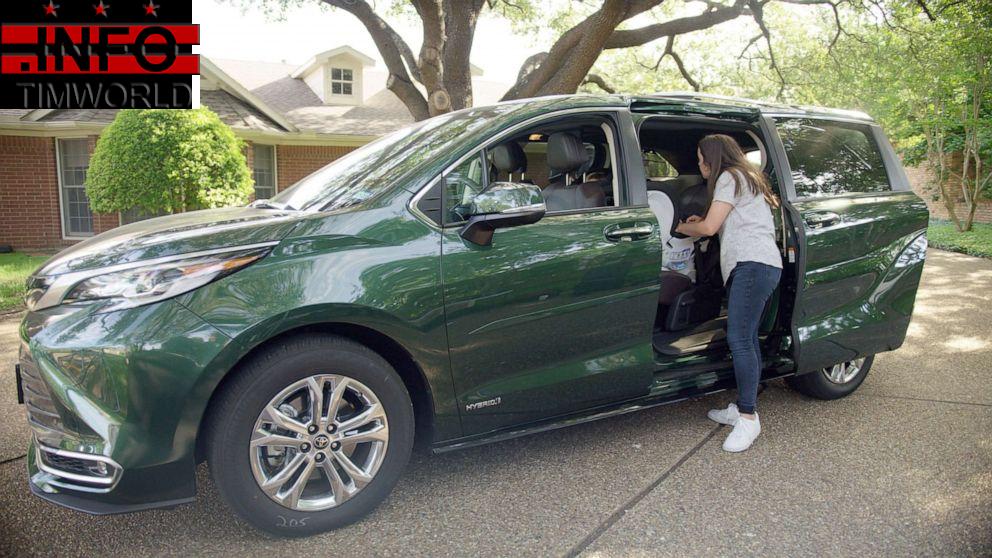 An average of 38 children die every year in hot cars.

Tuesday marked the 14th hot car death in the U.S. this year, a number that is expected to rise as heat waves continue across the country.

These tragic deaths are 100% preventable “if we can use a little tech to help,” said Janette Fennell, the founder and president of Kids and Car Safety, a nonprofit dedicated to preventing injuries and death to children from vehicle-related incidents. Fennell has been ringing the alarm bell on hot car deaths for more than 15 years.

“We have begged the auto industry to do something,” she went on. “It’s an uphill battle. But we’re on the cusp of things that need to happen.”

To Fennell that means honking vehicles that flash lights and send text alerts to drivers — even nearby strangers — that a child has been accidentally forgotten in the back seat or has surreptitiously climbed inside a vehicle.

“Cars remind you to check your tire pressure, to shut off your lights, to take your key,” she argued. “To really end these terrible fatalities, we have to be able to detect when there’s a living being locked in a vehicle and alert anyone who can come to their aid.”

Automakers have been researching various technologies for decades. Ed Kim, president and chief analyst at automotive consulting firm AutoPacific, said General Motors deserves credit for being the first automaker to address the issue of rear seat warnings in 2001. The industry committed in 2019 to placing a back seat reminder in every new vehicle by 2025.

“Market research shows safety and security are some of the most important things for consumers when buying a vehicle,” Kim told ABC News.

Many vehicles now display safety alerts in the gauge cluster. Some of the tech can be manually disabled, prompting concerns that drivers may become indifferent to it.

Simon Roberts, a father of two small children and an engineer at Toyota Connected North America, said Toyota has been aggressively working toward a solution to the issue, one that’s becoming more perilous with each year as temperatures spike. In May, the Japanese automaker introduced its “Cabin Awareness” concept, which is currently undergoing real-world testing with May Mobility, an autonomous-vehicle company.

“We want to be an extra set of virtual eyes if you will,” Roberts told ABC News. “We don’t like the status quo and won’t accept it.”

The Cabin Awareness concept deploys millimeter-wave, high-resolution 4D imaging radar to determine if a person or pet has been left behind in a locked vehicle. The imaging radar sensor, located above the headliner, can detect a life form even after a driver exits, according to Toyota. If a child or pet is locked inside, warning signals will light up on the instrument cluster. The vehicle will make noise and the driver may get notifications via the Toyota app as well as text messages, the company said. Moreover, the technology can send alerts through smart home devices or send text messages to designated emergency contacts.

Roberts said the team is also currently exploring vehicle-to-vehicle (V2V) communications to get the attention of passersby. The engineering team took inspiration from a microwave radar technology created by NASA’s Jet Propulsion Laboratory that was able to detect human breathing and heartbeats under more than 30 feet of rubble after a 7.8-magnitude earthquake struck Nepal in 2015.

“Good people make mistakes and this can happen to any of us,” Roberts said. “This is a big issue we need to solve.”

Roberts pointed out that opening windows in a locked car can still cause heat stroke and death for occupants inside. More than 900 children have died of heatstroke since 1998, according to the National Highway Traffic Safety Administration. A child can die when his or her body temperature reaches 107 degrees and a child’s body temperature rises three to five times faster than an adult’s, NHTSA states on its website.

Korean automaker Hyundai first rolled out its Ultrasonic Rear Occupant Alert sensor in the Palisade SUV for model year 2020. The sophisticated sensing-based alert sets off blinking lights, honks the horn and sends a text message via Hyundai’s telematics Bluelink connected car system, directing the driver to immediately check the back seat. Though the Ultrasonic technology is only available in select models for now, a Hyundai spokesperson said a Rear Occupant Alert (ROA) system comes standard in 99% of the company’s vehicles. When the driver shut offs the vehicle, a reminder pops up on the instrument panel to check the rear seat.

Right now there are limitations to the Ultrasonic sensor, Latouf noted. The vehicle has to be locked for an alert to be sent via the Bluelink system and not all Hyundai drivers are connected to the Bluelink app. The ultrasonic sensor looks for motion so a sleeping child may not trigger the system, he added. The vehicle, however, will still honk and display the “check rear seat” message on the instrument panel dash.

“We’re learning from Ultrasonic to make it more accurate and we are considering finer-tuned systems like infrared technology,” Latouf said.

MORE: Can high-tech air filtration systems lower the risk of COVID in autos?

Electric carmaker Tesla launched its “Dog Mode” in 2019 so owners could keep their pets in an air-conditioned cabin while the vehicle was unattended. A message on the large screen says “My owner will be back soon” and displays the temperature inside.

Kim, like Fennell, said these alerts — while largely helpful — can cause drivers to become inured to the constant warnings. The current tech may also desensitize motorists to real emergencies and create liabilities for companies.

“Certainly there is a risk if a warning becomes such a part of the routine that you just start ignoring it. That’s definitely a concern,” Kim said. “There are people who will get so accustomed to the warning that it becomes meaningless and they don’t pay attention to it anymore.”

He added, “Having the alert is better than not having it and this feature doesn’t cost much for an automaker to implement.”

Brian Moody, executive editor of Kelley Blue Book, said these warning systems add an “extra level of sophistication” to the vehicle and are an important selling point. The larger debate may be whether automakers are liable if the alert technology fails in a car with children and pets inside, he said.

“At some level there has to be personal responsibility,” Moody told ABC News.

There are ways to prevent hot car deaths without technology: teaching children to honk the horn if they get stuck inside or placing an important item in the rear as a reminder. Fennell said she’ll keep pushing for more advancements until no child dies in a hot car. If Toyota’s Concept Cabin system becomes a reality, Roberts said the company would be open to sharing its technology with industry competitors.

“This is a social good initiative,” he said. “If we can help the industry move forward, why wouldn’t we do that?”