Selma Blair Gets Emotional Over ‘DWTS’ Exit: ‘Silver Linings in Every Disappointment’ (Exclusive) 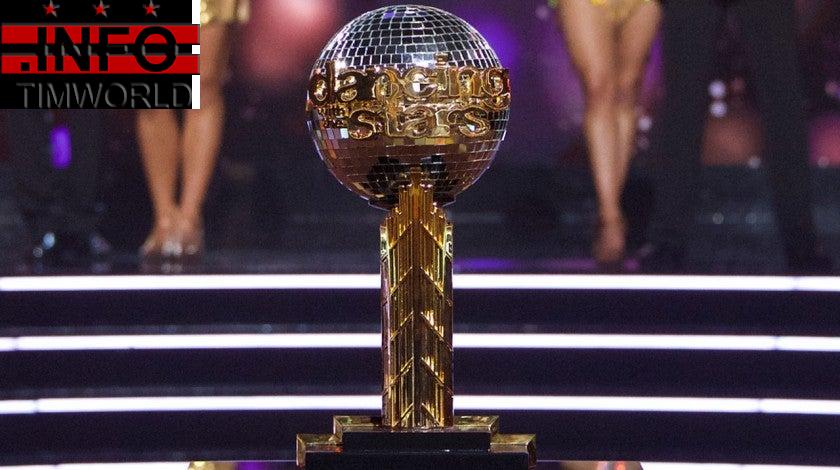 Selma Blair couldn’t hold back the tears after bidding farewell to Dancing With the Stars. ET’s Denny Directo spoke to Blair and her dance partner, Sasha Farber after Monday night’s emotional episode, where she shared what she will miss most about the show.

“That’s why I cry, I mean, I’m not crying about Mirrorball. I have so much better than a Mirrorball here,” Blair said through her tears. “I’m crying because I will truly miss this. I will miss loving them. I love these dancers. I love these celebrities. I love Sasha. I love our rehearsal room.”

She continued, “It’s a lot of love, and to walk away, and to have to let the love continue without you, it’s like, ‘Ugh.'”

Blair announced her exit from the show during Monday’s episode due to health concerns amid her battle with multiple sclerosis, a nerve disorder that disrupts the connection between the brain and body.

“So, I’ve been monitored… I had MRIs and the results came back, and it all adds up to, I can’t go on with the competition,” Blair told Farber ahead of their dance number. “I’ve pushed as far as I could. With a chronic illness, you do have special considerations, and my body has taken a hit. It’s way too much for the safety of my bones. I could do extensive damage that I, of course, do not want.”

“I really want to have one last beautiful dance with you, and bow out,” she continued. “So, this is a dance for everyone that has tried and hoped they could do more, but also, the power in realizing it’s time to walk away. I am so, so grateful to be able to do one last gentle dance.”

And dance she did! The 50-year-old actress and Farber ended their run on the show with a Waltz set to “What the World Needs Now Is Love” by Andra Day. As for why it was so important for her and the dance pro to hit the dance floor one last time, the Legally Blonde star said she’s seen some much improvement in her body, physically, that she likely wouldn’t have seen had it not been for joining DWTS.

“I started on a Waltz, and I remember I could barely even like, he’d show me a step and it was like, ‘Aye, backwards,’ and my body would really seize up,” Blair explained. “I’ve come so far, also physically. I don’t even have clonus in my left leg now. I have not so much of a drop foot. I’ve strengthened some muscles — I mean, tonight I just happened to be a little shaky because I got a little stuff with some muscle stuff.”

“I have so much improvement despite some kind of injury stuff happening — I’m so much better, and I would’ve never had the motivation to push myself in that way if it weren’t for this kind of thing with Sasha,” she added.

Blair has received support from not only her fans and her DWTS family, but also her friends and former co-stars, including Reese Witherspoon — something Blair said means “everything” to her.

“I mean, it’s everything,” Blair gushed after calling Witherspoon a “superstar.” “It’s everything. We all hope there could be silver linings in every disappointment, and it has been such an overwhelming silver lining to feel this love and to feel the people I admire most in this business, or in this room, or having nothing to do with dancing, people just showing up and being supportive of me and everyone here — it breaks your heart open.”

The pair’s last dance not only earned them tears from the audience and their fellow castmates, but 10s across the board from the judges who had nothing but praise for Blair and her inspiring journey on the dance floor.

“This competition is tough for everyone, but if the others have climbed hills, you have climbed mountains,” Len Goodman shared, with Derek Hough adding, “You’ve brought nothing but joy to everyone, always with a smile… thank you for sharing this journey with us all.”

“You are a blessing and a gift,” Inaba added.

Blair shared more of her appreciation for DWTS during the show, telling the audience, “I don’t think people understand what this show means to us here, especially this season… and to see the audience react to each and every one of us and our efforts, it’s so heartening. I wish I could stay and learn… I am so proud of everyone, and I am so proud of this audience for seeing us.”