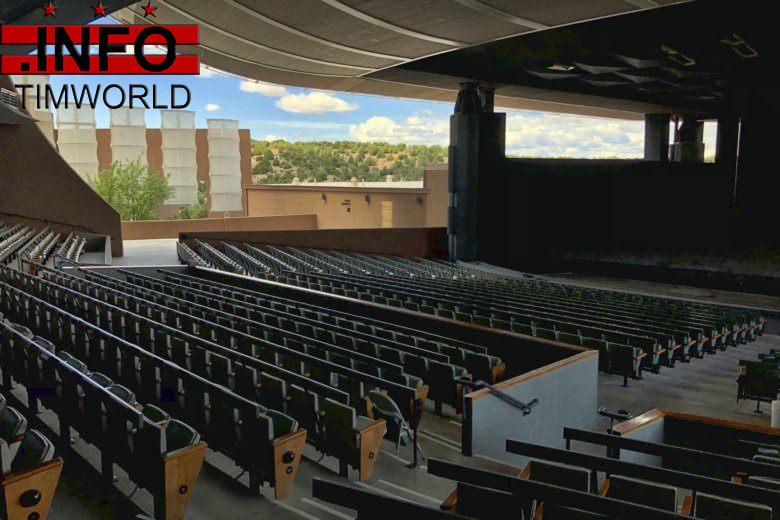 SANTA FE, N.M. (AP) — World-premiere operas derived from the gender-bending Broadway hit “M. Butterfly” and from meditations on Victorian-era repression in Bram Stroker’s “Dracula” are coming to the Santa Fe Opera and its open-air stage in the high desert.

Opera General Director Robert Meya on Wednesday announced upcoming productions for 2020 that include retooled staples such as “The Barber of Seville” and the revival of Tim Albery’s version of Mozart’s “The Magic Flute.”

In recent years, Santa Fe has been the backdrop for productions about the dawn of the nuclear age in 1940s New Mexico and a world premiere of a techno-infused opera about Apple co-founder Steve Jobs. Supreme Court Justice Ruth Bader Ginsberg has been a regular visitor to performances in Santa Fe.

The upcoming operatic version of “M. Butterfly” comes from playwright and librettist David Henry Hwang — author of the Broadway play about a French diplomat’s romantic affair with enigmatic opera star in China. That play has parallels with “Madama Butterfly,” the 1904 staple of operatic repertoire from Giacomo Puccini.

The new “M. Butterfly” opera is scored by Chinese-born Huang Ruo, whose prior work “Dr. Sun Yat-Sen” ran in Santa Fe and was banned in mainland China.

In a pre-recorded interview played at a press conference announcing the performances, Huang says he adapted elements of an overture in Puccini’s Butterfly.

“I invert it into a Chinese operatic style,” he said. “It sounds quite Pekingese opera-ish.”

The Santa Fe Opera also is preparing for the premiere in 2021 of an opera set in Victorian England based in part on “Dracula.” Meya says “Lord of the Cries” addressed issues of repression and human nature with contemporary touches that can appeal to younger audiences — something opera companies across the country are striving to achieve.

“New audiences are much more apt, as we’ve seen with Steve Jobs and ‘Cold Mountain,’ to buy a ticket and come to the theater and experience opera on our stage if the subject matter is topical and relatable,” said Meya, referencing the prior adaptation of Charles Frazier’s novel set in Civil War-era North Carolina.

Opera offerings this summer include a new fairy-tale thriller from a Danish composer who created an operatic version of “The Handmaid’s Tale.” Poul Ruders’ composition titled “the Thirteenth Child” is inspired by a Brothers Grimm fairy tale.

As a marketing emblem for its 2020 season, the opera is using a minimalist painting from the collection of the Georgia O’Keeffe Museum — a 1972 work from the reclusive artist titled “The Beyond.”

Since last summer, a casino operated by Tesuque Pueblo has taken its place adjacent to the opera — though out of view from the theater.

The opera has installed new seatback translation devices that provide text in English and Spanish of what’s being sung on stage.